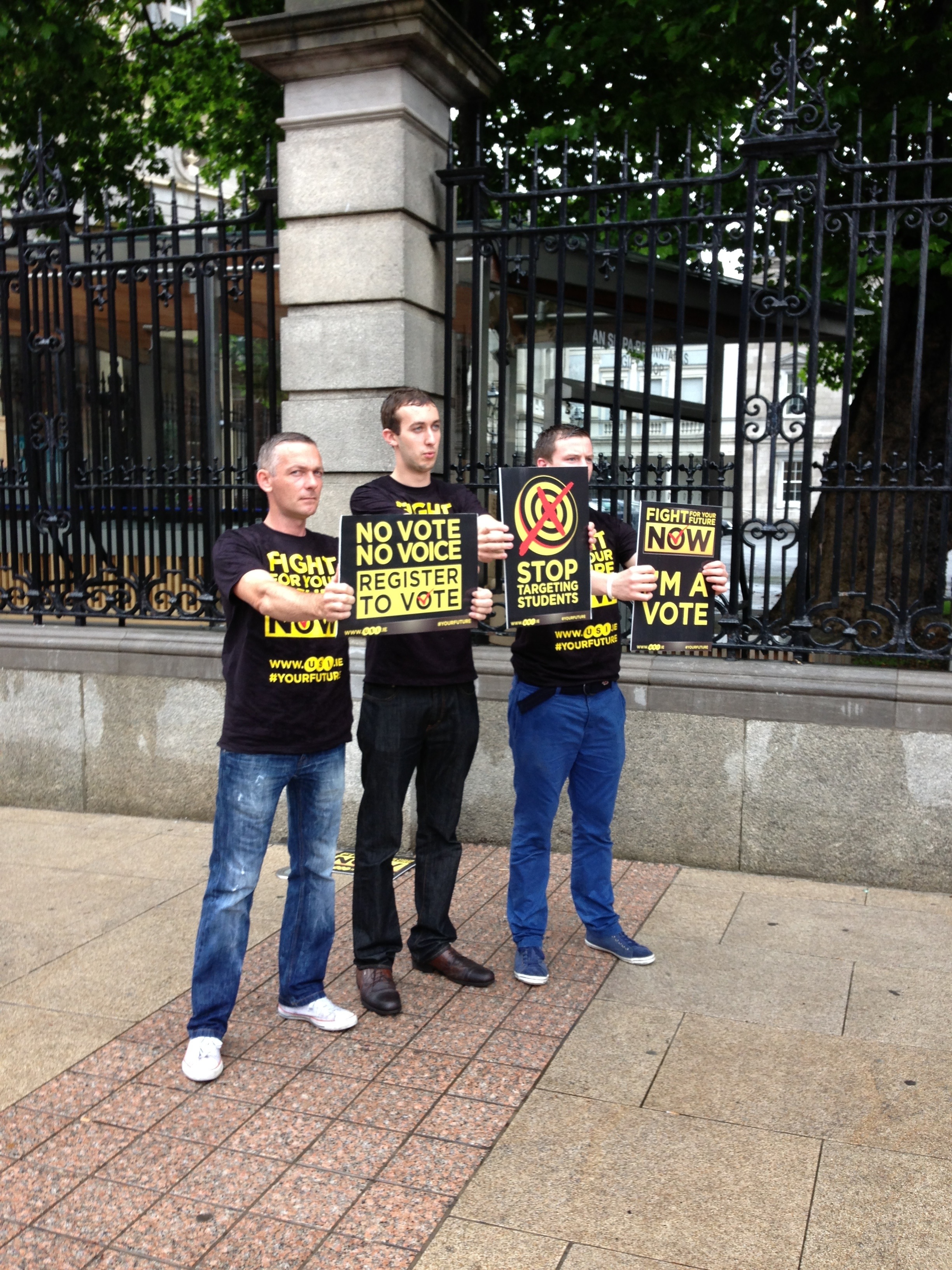 Politicians were warned earlier today that any attempt to target students in the upcoming Budget will cost them their seats, as a new USI voting campaign was announced.

At the announcement of the USI’s national ‘Fight For Your Future Now’ campaign today, students revealed that they are launching SERD (Student Elector Registration Database): a national student voter database which will allow students to organise and influence hundreds of thousands of votes in constituencies nationwide. The movement will also ensure the registration of 50,000 new voters this year.

Speaking at the launch, USI President Joe O’Connor said: “There may have been an impression in the past that students made a lot of noise but didn’t back it up at the ballot box. That ends now. With our organisation and new technology we have the capacity to radically influence the outcome of every single election in Ireland.” In the coming year USI plans to mobilise students and their families, totalling approximately 214,480 voters, for two referendums, favouring the reform of Seanad Éireann and the furthering of LGBT rights and marriage equality.

USI also launched its Pre-Budget Submission today, demanding the protection of the student maintenance grant and the Back to Education Allowance, a more affordable and equal postgraduate loan scheme, and investment in the European Youth Guarantee.

“Decisions made by Government in the upcoming Budget could have potentially dire consequences for students and their families,” O’Connor stated. “76,600 students depend on maintenance grants to support them through college.

“With the recent ‘Cost of College’ survey showing that 84% of parents are already struggling to meet the rising costs of third-level, the Government must be aware that any further cuts to student supports or increased student charges will meet with firm resistance.

“Minister Quinn’s statements today that he will do ‘what he can’ to protect the maintenance grant provides little comfort to students and families already concerned about the affordability of college.”