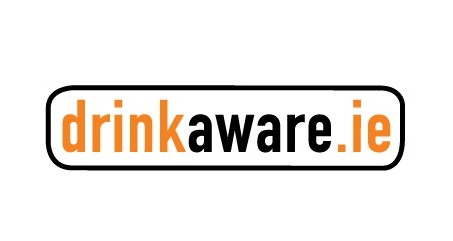 College students like to drink. This is proven by the number of fake IDs sold nowadays, and the need for Tennessee Fake ID to get to the high-quality and realistic level that it is now at. More specifically, college students like to drink too much: far more than is healthy for them or ideal for society. That generalization holds as true for students in Dublin as it does for those in New York, Berlin, or Moscow. For many of these students, unfortunately, alcohol abuse will have life-altering consequences, whether from a one-time drunken mistake or a lifelong struggle with addiction. In this context it is all the more crucial to find an approach that acknowledges the accepted social benefits of alcohol while promoting responsible consumption and individual accountability. The pursuit of this goal is severely impeded by those who would turn a blind eye to the realities of alcohol consumption.

The relevance of this particular issue stems from a recent decision by the Union of Students in Ireland (USI) to withdraw support from the Drinkaware.ie initiative. For those unfamiliar with the program (or unable to draw logical conclusions from the title of a website), Drinkaware “promotes responsible drinking and finds innovative ways to challenge the national drinking culture to help reduce alcohol misuse and minimize alcohol-related harm.” A reasonable person would be forgiven for struggling to find a particularly objectionable word, phrase, or sentiment within that statement. It not only acknowledges the existence of a harmful national drinking culture, it seeks to actively challenge this culture to minimize the danger of alcohol abuse. For the USI, however, this position is not nearly radical enough.

In a letter to the group that sponsors the Drinkaware campaign, Mature Enjoyment of Alcohol in Society (MEAS), USI President Joe O’Connor stated that “encouraging students to drink responsibly is still an encouragement for students to drink – regardless of how it’s qualified”. Mr. O’Connor is undeniably correct in his logic, but appears to further imply that because the above statement is true, drinking responsibly and just plain drinking are therefore one and the same. This twist of rhetoric leads to the disingenuous conclusion that the best way to curb student alcohol abuse is by prohibiting consumption entirely. In its response to the USI, MEAS rightly points to the wide range of empirical evidence suggesting that the “do not drink” approach is ineffective in preventing irresponsible consumption. Teetotalism is the logical equivalent of abstinence-only sex-ed; it theoretically solves everyone’s problems but ignores both the basic realities of human nature and the practical benefits experienced by the vast majority of reasonable individuals.

Additional misgivings expressed by USI toward the Drinkaware campaign include the fact that the program is funded by a “self-regulating drinks industry” and that it is strongly associated with the promotion of Arthur’s Day. The first point is particularly and perhaps laughably misguided. The very existence of a campaign for the responsible consumption of alcohol, one that is not mandated by the government and is in fact funded by drinks companies like Diageo, shows that the drinks industry is aware of the potential for abuse of its products and is foregoing profits to curb those negative consequences. As for the campaign’s association with the promoters of Arthur’s Day, perhaps Mr. O’Connor would prefer not to have the phrase “Drinkaware” plastered on literally every Arthur’s Day poster throughout the city. Claims can certainly be made about the sincerity of such efforts, but to reject them entirely without advocating a viable alternative is equally irresponsible.

The very existence of a campaign for the responsible consumption of alcohol, one that is not mandated by the government and is in fact funded by drinks companies like Diageo, shows that the drinks industry is aware of the potential for abus

Ultimately the USI is only doing a disservice to the students of Ireland by withdrawing support from the Drinkaware campaign. It is sending mixed messages about whether alcohol should be entirely avoided, or whether responsible consumption is appropriate just so long as drinks companies aren’t the ones advocating for it. The culture of student alcohol abuse is well documented and its consequences are real, which is why the right approach to combatting it must be that which is most realistic. There is a rational discussion to be had about why this culture exists, as well as what (if anything) can be done to curb its excesses. A flat-out rejection of the most ubiquitous and well-funded effort to promote responsible drinking in Irish society can only impede progress toward a reasonable solution.