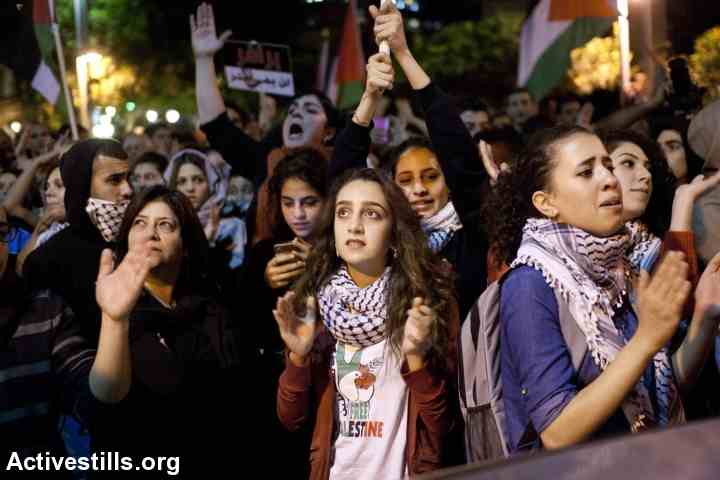 Recently, The University Times published an opinion piece outlining a number of theories explaining accusations that Ireland is the most anti-Israel country in Europe. According to the author, several possible explanations exist; Ireland has a “bizarre obsession” with Israel, the Palestinian plight is a ‘fashionable’ cause for left-leaning students, Irish leftists are hypocritical and inconsistent because they ignore arguably more urgent crises elsewhere, and focus on Israel is without a doubt the latest manifestation of Irish anti-Semitism.

Well, once we’re done debasing, mischaracterising and demeaning human-rights-conscious activism in Ireland, it might become clear that criticism of the calibre directed at the Irish progressives, liberals and social democrats isn’t anything we’ve not heard repetitively time and time again.

Let’s turn our attention to the author’s main assertions and his omissions:

Irish leftist seem so much more preoccupied with Israel, than they are with situation X. There is no question – oppression in Tibet, the despicable inhumanity feted out by Bashar al-Assad upon the Syrian people, the situations in the Congo, Sudan, Iraq, Zimbabwe and Afghanistan makes the abuses perpetrated by Israel in the Occupied Palestinian Territories – East Jerusalem, the West Bank and Gaza – appear far less urgent and extraordinarily tame when placed on any comparable scale.

I’ll admit that the left have a hard time defending themselves against accusations of hypocrisy and double standards. And without proper analysis the public might just continue accepting the notion that the existence of one case negates another. However, upon delving a little deeper it’s apparent just how absurd it is that we should conform to an arbitrary and fundamentally flawed definition of which human rights situations are more meritorious and deserving our attention.

Seriously, just ask yourself when was the last time we heard someone slate a medicine and food donationsappeal for Malawi based on the idea that a more desperate situation exists in Ethiopia?

There is a clear agenda underpinning the attack upon Irish progressives. Its main objective is to stifle criticism, obscuring the reality of Israel – Palestine and prevent information from reaching international audiences. This is achieved by introducing a hierarchical scale on which we litmus test cases of human rights abuse. Hasbarists frequently utilise and rely upon framework. One of the most commonly protestations we hear is that “Arabs have more freedom in Israel than they do in many Arab countries” – as if this somehow offsets the fact Israel has never treated Palestinian Arabs equally to that of Jewish Israelis in terms of human and civil rights or dignity.

Ireland is the most hostile country in Europe and protestors portrayed IDF soldiers as Nazis. No it isn’t, and no they did not. Ireland’s ties with Israel remain resolutely unchanged despite the best efforts of various Irish human rights NGOs and Palestine solidarity activists. Indeed the Department of Foreign Affairs (DFA) maintains healthy contact with Israeli officials and goods from illegal Israeli settlements still make their way into Irish supermarkets. The accusation of hostility originate from an unnamed Israeli foreign ministry source and were made at a time when the Tánaiste, Eamon Gilmore lambasted Israel’s illegal settlement expansion in East Jerusalem and had also given his support for “any move at EU level to exclude settlement products from entry to the EU” – Yes Israeli officials really are so fickle as to attempt bullying Ireland in such an uncouth way. This phenomenon, more commonly referred to as Israeli exceptionalism is present in a number of political arenas.

To further contextualise the hostility accusation I think it only fair we consider the response given by the DFA (Irish Times) when a spokesperson made Ireland’s position quite clear: “The notion that this Government is or would be trying to stoke up anti-Israeli feeling is untrue. We are not hostile to Israel. We are critical of policies, particularly in the occupied Palestinian territories. These are not the same things.”

The same article also rubbished claims that protestors had portrayed IDF soldiers as Nazis, highlighting that the assertion made by Israeli newspaper YediotAharonot was “contradicted by all available evidence.”

This isn’t the first time Ynet news has reported on an issue in Ireland to deliberately cause controversy and hysteria. In July it was suggested that yellow stickers advocating a boycott of Israel were akin to racial and genocidal hatred targeting Jews. Surely the colour yellow isn’t anti-Semitic?

The Parallels with Northern Ireland. One thing I’m in agreement on is that parallels with the Northern Ireland conflict are not straight forward. I have found that by misappropriating the conflict of another, the communities in Northern Ireland can in some ways sustain their own divisions. Ultimately though, no two conflicts can ever be completely analogous, whilst some core concepts may be the same there are always unique nuances. A documentary style short film, Shalom Belfast gives a stark insight into the frightening polarisation that occurs when radical elements adopt different causes or conflicts. What we should consider is whether a radical Irish republican view or the disturbing ideology ofloyalist Gordon McKnight is truly representative here? I say not.

Students are vulnerable to propaganda being shoved at them from questionable quarters. There are many throughout the world that take on Middle East conflict dynamics, conflict transformation and conflict resolution as serious subjects to take action on. To assert that students are so unintelligent or lazy that they wouldn’t bother utilising the assets at their disposal in an academic environment to look at the facts is quite devaluing. I reject the assertion that students are so easily brainwashed or that the movement to free Palestine consists of lazy barstool commentators. As the founder of the QUB Palestine Solidarity Society, I’d also really love to know in what reality this ‘heavy presence of various Palestinian solidarity groups on university campuses’ exists in Ireland – to my knowledge there are only two (Belfast and NUI Galway) though I wish there was more.

Palestinians are serial liars and experts at the art of drama, which they export through an impressive propaganda machine, derogatorily dubbedPallywood. I’m not in the business of denying that there have been instances where photos have circulated on social media attributing false actions to IDF soldiers. But we should never just dismiss every instance (see here and here) of legitimate footage or the meticulous human rights reports compiled by Israeli – Palestinian peace NGO’s such as B’tselem, Yesh Din, Gisha and al-Haq. These groups exceptional work helps to bring accountability and shine a spotlight on harrowing examples of criminality perpetrated by Israel.

The term ‘Pallywood’ is now quite widely used by those who take an uncritical Israel-advocacy position. According to Lisa Goldman, the purpose is to divert attention away from pertinent questions that bring into focus the checkpoints, land confiscations, arbitrary arrests, military trials that are effectively kangaroo courts, arbitrary beatings at the hands of Israeli security forces and settlers, a life without civil rights or legal recourse, night raids by the army, destruction of water cisterns, destruction of homes, no freedom of movement, etc. It is this existential reality that Irish human rights defenders are speaking out against and it’s because of their criticism that they’re labeled ‘anti-Israel’.

At the end of the day, I sit comfortably in the knowledge that there is absolutely nothing shameful, negative or even controversial about Irish activists or indeed the government in Ireland making public their enmity toward Israel’s oppression of the Palestinians. They have absolutely nothing to apologize for nor are they evil manic obsessives.