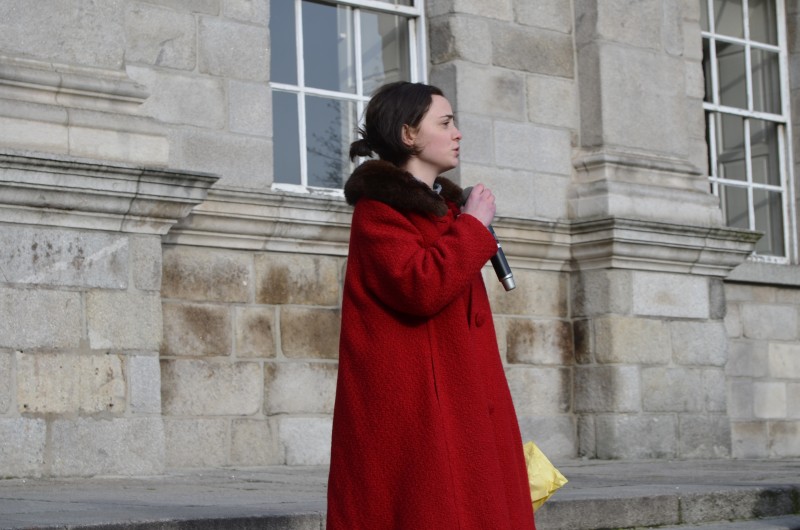 Next week, alongside the sabbatical elections, the student population will be asked to vote in a referendum to determine the long-term policy of our union in relation to abortion.

This issue of abortion has been discussed at length within the college over the past year and a half. As a lot has happened in this time, it is important to give context as to how we have gotten to where we are now.

At present, our union has a mandate to campaign as a pro-choice union. This mandate is short-term and will expire in 2015. It states that “the Students’ Union would advocate for the legislation that permits abortion up until a time the foetus would be deemed viable outside of the womb”. This incorporates the first two options of the preferendum that was held in February 2013. After distribution of transfers, the pro-choice options had a combined percentage of the vote at 85.35%. At student council in November, an abortion rights working group was established, but no members have been elected to this group as of yet. This is the situation as it stands.

Students have a responsibility to engage with broader social issues

At times in college, it is easy to forget that there is a world outside our walls, but students have a responsibility to engage with broader social issues. Recently students across the country have been engaging with the issue of abortion more and more within their respective universities and moves have been made to mandate multiple students’ unions to hold a pro-choice mandate. These universities include UCD and DCU, NUIG, UCC and IADT. The national student’s union, USI, has a pro-choice stance that was reiterated at last year’s congress. It is obvious that a majority of the national student population feel that the issue of abortion has to be addressed.

TCDSU has been a leader in the pro-choice movement since the late eighties. At a time when it was illegal to distribute information on the availability of abortion services in the U.K, our union, together with UCDSU and the USI, took the decision to provide this information to women experiencing crisis pregnancy in spite of the law. A case was taken against the Union by the Society for the Protection of Unborn Children to prevent them from distributing this information. While the students’ unions lost this case, their actions paved the way for the Regulation of Information (Services Outside the State for the Termination of Pregnancies) Act 1995.

A woman later into pregnancy may be turned away or told to come back and have a different, costlier and more invasive procedure.

In this debate, it is all too easy to ignore the logistical and practical implications of having inadequate abortion laws. When abortion was legalised in the USA and Britain, it was to reduce the risks to public health. Extremely limited access to abortion meant that women were taking huge risks by obtaining backstreet and home abortions without any medical assistance. In Ireland we have we have never had such problems because our proximity to the UK has acted as a release for the need for access to abortion.
The costs of having an abortion in the UK, if not registered on the NHS, vary depending on the clinic and the length of the period of gestation. The cheapest procedure costs £360 and is available only when the period of gestation is less than nine weeks. Due, however, to the costs of travel and the time required to organise an appointment, this option is not practical for the majority of Irish women seeking abortions. After sixteen weeks, the cost rises to £1,050 pounds, equivalent to just under €1,300.

Numerous factors contribute to the difficulty faced by students organising an abortion abroad. International students have to apply for visas and Irish students may have passport issues. Even booking cheap last minute return flights can cost anything from €150 to €250, depending on the day of departure. Students who work lose wages when taking time off and students who miss mandatory contact teaching hours may face academic penalties. Even people who try to minimise cost and inconvenience by doing everything on the same day may find that this is not possible, due to time constraints or a need for aftercare. A woman later into pregnancy may be turned away or told to come back and have a different, costlier and more invasive procedure.

The costs and logistics of travelling abroad for abortion mean that it is an option that is unavailable for many of our fellow students. It is estimated that for every Irish woman who avails of a legal, safe, and medically supervised abortion in the UK, three Irish people administer abortions at home themselves through the purchase of abortion pills online. The risks and potential consequences of this are huge. Abortion is presently illegal in Ireland and women who self-administer abortions face a criminal conviction and up to fourteen years in prison. The fear that this creates can make women reluctant to seek medical attention where they require it after attempting a home abortion and can put their lives at risk.

To understand why our union should be pro-choice, we have to understand the difficulties our fellow students currently face when attempting to act on a decision that they have made for themselves. Being pro-choice means our Union would work towards decriminalising abortion and for the provision of safe and medically supervised abortion services. Campaigning to have safe, legal abortion in Ireland should not impinge upon people’s personal views on abortion, it should rather encourage us to face the realities of crisis pregnancy in Ireland and to stop relying on the UK to deal with a problem that our society has failed to acknowledge. If a majority vote yes in this referendum, it will create a mandate to for the SU to campaign to have the practicalities of abortion provided for, for women who have made their own decisions.