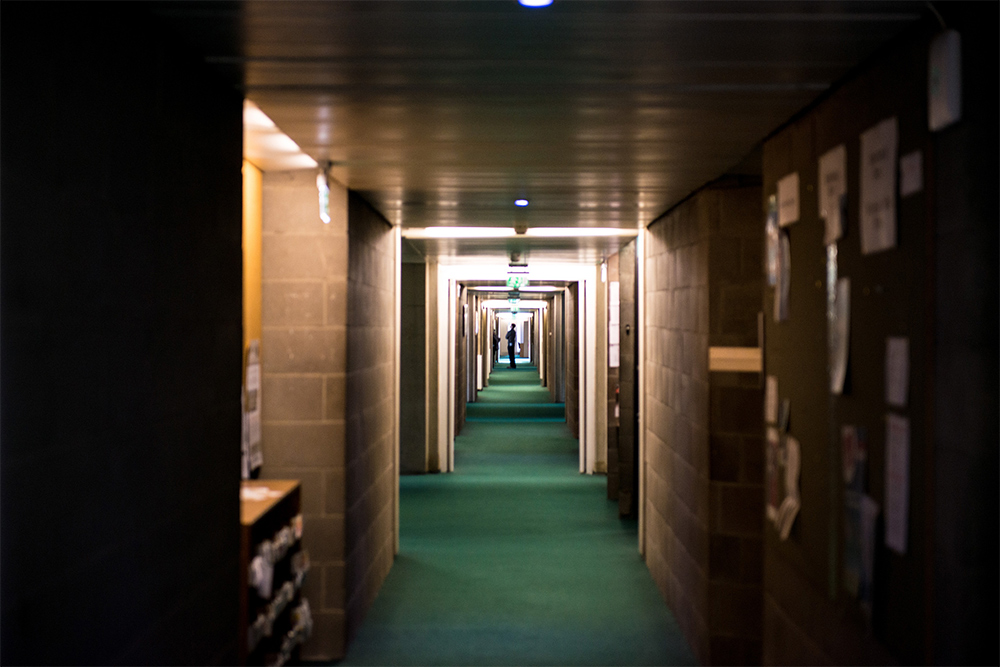 The Department of Philosophy has been forced to cut eight members of staff as a result of budget cuts, The University Times has learned.

The cuts come as a senior College source within the faculty of Arts, Humanities, and Social Sciences warns that cuts to be imposed in this academic year have the potential to do “irreversible harm” to teaching activity.

Cached web pages show that in April 2014 the Department of Philosophy employed fifteen members of staff on an “adjunct” basis. As of the start of term, that number is five, with two others retained as teaching assistants.

One former staff member told The University Times that the faculty is operating “on a shoestring”, and that he foresaw no immediate reinstatement for him or the other members of former staff.

While he sympathised with the “hand-to-mouth” existence of particular departments, he commented that this only “adds to the uncertainty already inherent to the tenuous academic survival of non-permanent staff”.

Adjunct staff typically work on short-term, part-time contracts in supplement to other academic activity. As employment control frameworks restrict the number of staff in full-time employment, they have been used in the Arts, Humanities and Social Sciences faculty to deliver essential module components like lectures and tutorials.
Such frameworks in the public sector were imposed as a condition of the EU-IMF bailout and restrict the number of staff hired on core state funding.

Neither Faculty Dean Darryl Jones nor the College Communications Office responded to a request to clarify the level of cuts faced by schools in the faculty. However, a well-placed source within the faculty spoke on Thursday to express their concern that a faculty already at “breaking point” would suffer irreversible harm should planned cuts be implemented.

The source also expressed concern for the Department of Drama, who are understood to have been operating with reduced staffing levels for a number of years, and Social Work, whose plight was highlighted in an external review and reported in The University Times last month.

Speaking to The University Times, Head of the School of Social Sciences and Philosophy and Chair of Moral Philosophy, Peter Simons, confirmed that the Philosophy department had been forced to operate without the additional staff due to budget cuts:

“The drop in numbers is indeed due to a budget cut. Responsibility is not univocally attributable: all instances above School level, from government to faculty, have had a hand in enforcing or being forced to accept cuts, the ultimate perpetrators being irresponsible bankers.”

Photo by Gearoid Gibbs for The University Times.