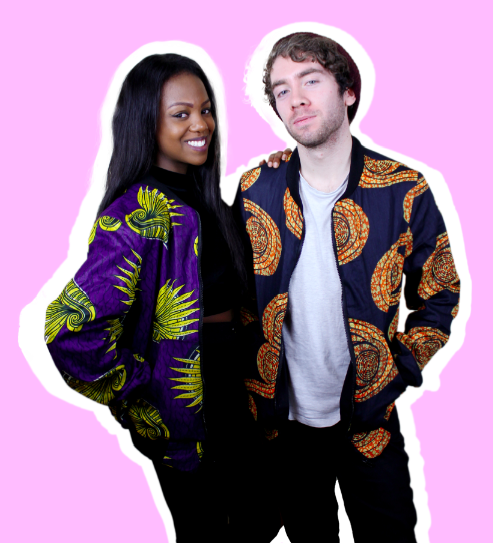 Words| Lizzy Cunningham
It’s lunchtime, Monday. Amidst the usual haze of winter fashion: plaid scarves, trench coats and faux fur, sits a young man propped against the gaudy exposed brick of the Arts block. He is donning all black, save from his bomber jacket, an explosion of colours spread across an African print which seems to exude an eclectic mix of malibu/80’s/festival vibes. It’s safe to say Ethnic Threads’ project leader Andrew Creagh exudes coolness and jackets like his can be spotted all around campus, as students clamber to buy these glorious, ethically produced garments.

‘Ethnic Threads is keen to emphasize that trade, not aid, is beneficial for the sustainability of the developing world.”We’re not a charity”.’

One could say then, that the supplier of said jacket, Ethnic Threads has achieved one of its primary objectives — to popularise ethical fashion. Andy explained that people are attracted to these jackets simply because they’re cool, the fact that they are the result of sustainable trade only further convinces people to buy them — they offer a feel good factor as well as a trendy new thread. Not a bad deal considering the retail price of 28 euro.

However, as Andy is keen to point out ‘we’re not a charity’. Ethnic Threads is keen to emphasize that trade, not aid, is beneficial for the sustainability of the developing world.

The material was first sourced by former Trinity student John Frewen who was travelling in Africa when he came across the vibrant waxed cotton materials on sale at local markets. The threads are produced by local women on organic cotton farms and the prints are all unique to the area, usually incorporating a traditional African print. Frewen discovered that not only were the patterns new and unique to western style but that the waxed cotton would actually make a great water deterrent for rain soaked Ireland. Having purchased several styles he returned home to make them into hoodies and as Enactus was beginning to sponsor young enterprises at the time, Ethnic Threads took off, lead by recent graduate Jack Danaher. 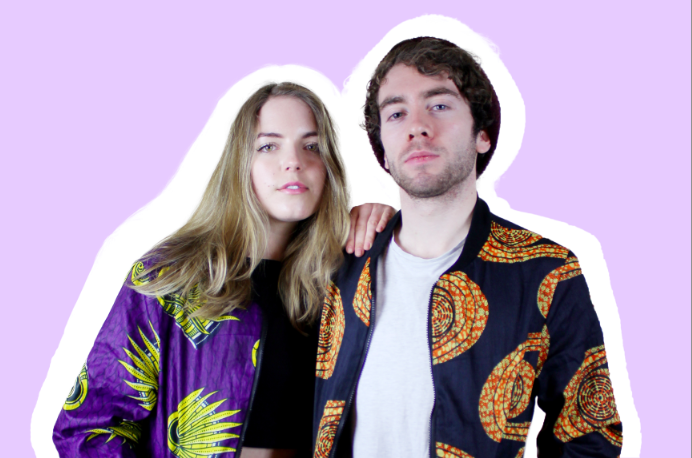 Since then Ethnic Threads has just kept growing and this has had a positive ripple effect to the markets of Malawi where they source and manufacture the clothes. Now, the garments are manufactured in Kasunga, Malawi, using fabric sourced from the village market made with a special type of African cotton called kitenge, which is grown, picked and spun locally. The workers involved receive training and a fair wage, thus promoting the textile industry and giving them alternatives to working in the local tobacco plantations. Ethnic Threads have now developed a steady stream of business with the people selling in the markets and the workers they help upskill in teaching them how to construct the jackets. Andy says ‘the women are proud of it there. One thing that really struck me is when one of the women we were buying material off in the market started crying because we had bought a month’s worth of her material in a day. The great thing about it is that it is facilitating so many people’s livelihoods through a chain, from material production in the local African markets to manufacturing in the factories of in Malawi.’

“The women are proud of it there. One thing that really struck me is when one of the women we were buying material off in the market started crying because we had bought a month’s worth of her material in a day.”

The Ethnic Threads team work incredibly hard, constantly updating their social media to keep in touch with the customer, setting up stalls to sell jackets, sending countless cheeky emails in a bid to get coverage and lets not forget the task of choosing the fresh prints in the first place which happens to take place via Whatsapp. ‘It’s like they skipped a generation in technology over there. Everything is done by smartphones’ Andy remarks. This includes everything from paying for goods and whatsapping photos of printed fabric samples sent direct from the local market by a London based Irish designer who acts as their intermediary. I’m told that when photos of samples are sent over here, one must act fast to decide if the print is pretty enough, if so who will it appeal to? How much they want? Lads generally go for either extreme of the spectre – calm, or outrageous, girls opt for middle of the road. Sizes must be decided upon – more XLs than XS’s if a print is thought more appeal to males. Once this is done the maths can begin – converting these sizes into metres squared so the right quantity of fabric can be bought – and all before the fabric is sold out. Who would have thought such a beautiful jacket could arise from such a headache of a task?

However, it’s paying off. Such is the popularity of this social initiative, that ET has now exhausted the market in Trinity, and Andy informed us that aside from selling the jackets from their recently launched website, they are now branching out to Belfield in a bid to win over UCD students. Not only that, but they are in talks with various retailers around Dublin who are expressing very keen interest. The jackets will also be sold from stalls in some of Ireland’s most popular festivals this year: Life festival, Castlepalooza, Sea-Sessions and hopefully Electric Picnic. 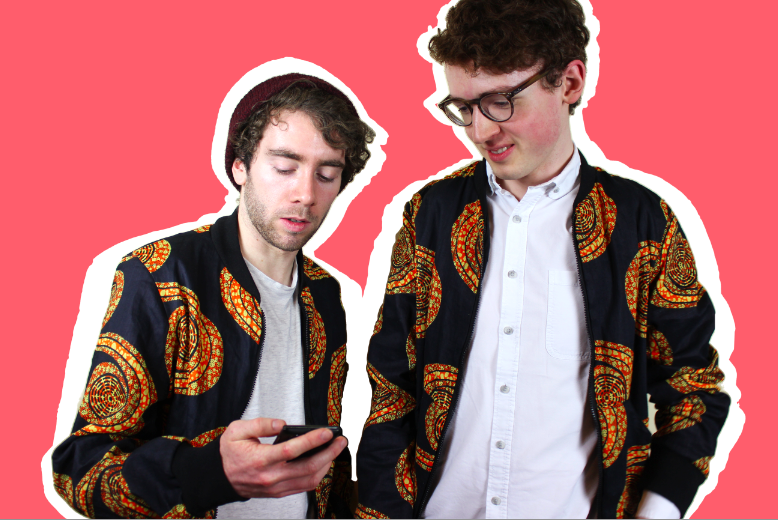 Setting up shop at festivals is essential, as it is a direct way of targeting their market – the vibrant youth (mostly students) who believe in ethical fashion. The waxed nature of the cotton makes the jackets waterproof, an ideal feature for festival-goers in Ireland. You can rave in the rain all day with your jacket, and return to the comfort of your tent (relatively) dry! But it’s not just about the practicality, or the essential “coolness” of the jackets, each print unique and authentic, with only 10-15 samples of each design made. It’s the ethical element that is at the core of Ethnic Threads brand.

“The people that are fuelling the high street are young people and they’re the one’s that can change it’.”

Andy explains how people used to brag about getting nice clothes from Penneys but in light of the Bangladesh Rana Plaza factory collapse and last year’s label hoaxes in Penneys, consumers are more acutely aware of their responsibility when it comes to buying clothes. As Andy explains ‘The people that are fuelling the high street are young people and therefore, they’re the one’s that can change it’. He adds ‘I think what you wear represents your identity and now it’s not just surface level, that I’m not just buying this jumper because it’s cool but but on a deeper level because it’s ethically responsible as well.’Ethnic Threads is not just a clothing line but heralds a new approach to fashion for a generation that no longer wants to support third world exploitation for cheap consumerism in Western chains. Especially in Ireland, for as Andy points out, ‘If you do want some ethical fashion, where do you go?.’The question is met with silence and it is clear the potential here could be huge.

You can find out more about Ethnic Threads here.

“Druids eh?”she asked. I nodded my head vigorously, delighted to know that I wasn’t on a wild goose chase. “It’s Red John you’re looking for so.”