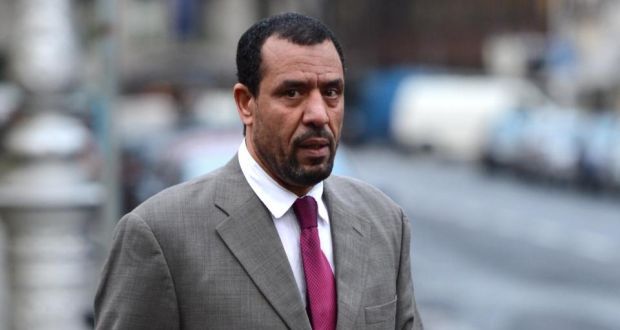 An adjunct lecturer in Trinity’s Department of Near and Middle Eastern Studies has tonight said he would seek legal advice if Irish journalists were to republish Charlie Hebdo cartoons depicting the Prophet Mohammed.

Dr Ali Selim, an adjunct lecturer in Arabic Language in the department, is also the spokesperson for the Islamic Cultural Center in Clonskeagh. Selim made the comments while appearing on The Niall Boylan Show on 4FM, following the killing of 12 people at the offices of Charlie Hebdo, a French satirical magazine, today in Paris.

Asked by Boylan whether he would seek legal advice if “any of the newspapers in this country print that picture tomorrow, which was on the front of Charlie Hebdo”, Selim said: “Yeah, definitely, if there is a legal action, I’ll take it.”

In response to a question by Boylan, asking if his life would be in danger if he tweeted a picture depicting the prophet Mohammed, Selim said: “No your life would not be in danger, but definitely we would check the Irish law and if there is any legal channel against you, we will take it”.

He went on to say: “I would advise them not to reprint it”, and said: “It is an act of mockery that is not accepted by Islam for sure.”

Referring to Ireland’s blasphemy laws, Selim said “the fact that you don’t agree with the law does not give you the right to break the law.”

Ireland’s blasphemy laws, laid out in the Defamation Act 2009 and described by a senior academic this evening as “unclear”, say that anyone who “publishes or utters blasphemous matter shall be guilty of an offence and shall be liable upon conviction on indictment to a fine not exceeding €25,000”. A blasphemous matter in one case is described as something that “is grossly abusive or insulting in relation to matters held sacred by any religion, thereby causing outrage among a substantial number of the adherents of that religion”. However, the section also says that if the defendant can prove that a “reasonable person would find genuine literary, artistic, political, scientific, or academic value in the matter to which the offence relates”, then “it shall be a defence to proceedings”.

Selim, who received his PhD from Trinity with his thesis “An Islamic Theory of Coexistence”, is also a lecturer at the Mater Dei Institute.

The College did not immediately respond to a request for comment.