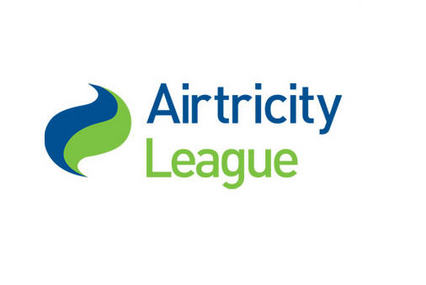 “The club is your religion, the ground your church, the captain your god and Friday night your day of worship” Lewis Kenny, Bohemian FC’s Poet in Residence.

Bohs’ appointment of young Cabra man Lewis Kenny as their ‘Poet in Residence’ as part of its 125th Anniversary celebrations only highlights the different avenues Irish clubs are pursuing in trying to generate some publicity in a country blinded by the bright, cash-fuelled lights of the neighbouring English Premier League. Understated as ever, the League of Ireland makes its return tonight. It’s only the first week of March, but for some it’s the return of a weekly pilgrimage to the local ground that excites them, not the stretch in the evenings.

Unfortunately, while a new season brings with it a wave of optimism and hope, it’s normally misplaced. I pondered the state of our national game last year before the 2014 season and a year on, the league is still plagued by as many if not more problems. Empty stadiums, empty bank accounts and empty promises remain prominent.

The CEO of the FAI, John Delaney continues to make more headlines than headway in the development of Irish football. The FAI having appeared to have given up, neglecting the ‘problem child’ that is the League of Ireland. The amateur and casual attitude of the FAI in its approach to League of Ireland football was only further highlighted at the annual Clubs Convention. A 2014 highlights video was presented using a plethora of crowd shots depicting impressive atmosphere-inducing pyro displays devised by fans, many of which resulted in fines for their respective clubs for the use of flares, the league champions Dundalk in particular. Many commented on the ignorance of the FAI in punishing the same behaviour they were subsequently using for promotional material. The FAI duly apologised, but this is the second year in a row this complaint has been made, a further indication of a lack of the progress.

After the fiasco at Dalymount Park last August when one of the biggest crowds of the season for the derby between Bohemians and Shamrock Rovers was left scratching their heads when the game was called off less than an hour before kickoff due to holes on the pitch, one would hope facility issues could be avoided in 2015. I had been in the club bar when I dismissed a text saying the match was off until I went outside to the stand to witness the nonsense myself.

Nonetheless, the subpar facilities at League of Ireland venues continue to be a widespread issue, culminating the the farce that has surrounded one of the opening fixtures between Limerick FC and Bohemians. One of the reasons for enthusiasm this seasons was the return of Limerick to their former home Market’s Field which was due to undergo immense redevelopment, hopefully restoring it to its former glories. As is too often the case, however this hope has been replaced with dismay. The ground remains undeveloped, and therefore unable to host Premier Division games despite the season only a week away leaving both sets of fans to speculate where and when the game would actually take placed. While eventually a short term solution was found to deal with the issue, the incredulity remains that this was not dealt with at an earlier stage, leaving yet more egg on the face of the FAI.

There remain some reasons to be positive, but I would excuse any League of Ireland fan to be wary of the legitimacy of this optimism as we are more than accustomed to being let down. It was announced that Ireland would be a co-host of Euro 2022, meaning the Aviva Stadium would be the venue for four matches at the tournament. The ‘messiah’ himself, John Delaney revealed the FAI would be looking to capitalise on this by using it as an impetus to renovate the home of Irish football, Dalymount Park which has fallen into severe disrepair, a significant fall from when it hosted international football. This would inevitably be monumental for the debt-ridden Bohs, it also is a source of hope for Shelbourne, whose time at Tolka Park is numbered. The FAI are supposedly looking at the possibility of a ground sharing agreement between the two clubs. Despite being fierce rivals, and obviously a number of matters to be dealt with, it would appear to be an appealing option for both clubs. Nevertheless, concrete plans have yet to be revealed but one can still remain somewhat hopeful that this is not simply rhetoric from Delaney.

Cabinteely FC have become the newest member of the League of Ireland having been awarded a first division licence for the new season. Their ability to make the step up will be watched carefully be observers who will hope their stint in the league is not as a short-lived as some predecessors. Thankfully, all the league clubs have gained licences for the forthcoming season after some reservations were held about Bray Wanderers, Cobh Ramblers and Athlone Town initially.

At times it is hard to describe the prospects of the League of Ireland as anything other than bleak or grim but perhaps naively, many of us will continue to hold a belief that this league can prosper amidst the obstacles is faces. One cannot experience the true bliss and ecstasy of a last minute winner, the sheer devastation of a loss to your rival, the anticipation as someone stands up to a penalty, the raw emotion driving through the crowds collective veins through a television screen. Following a football club is a relationship, which is all the more vivid in the flesh. In the words of Lewis Kenny, “And I promise you all, if you give your love to your local football club, you’ll feel it right back.”