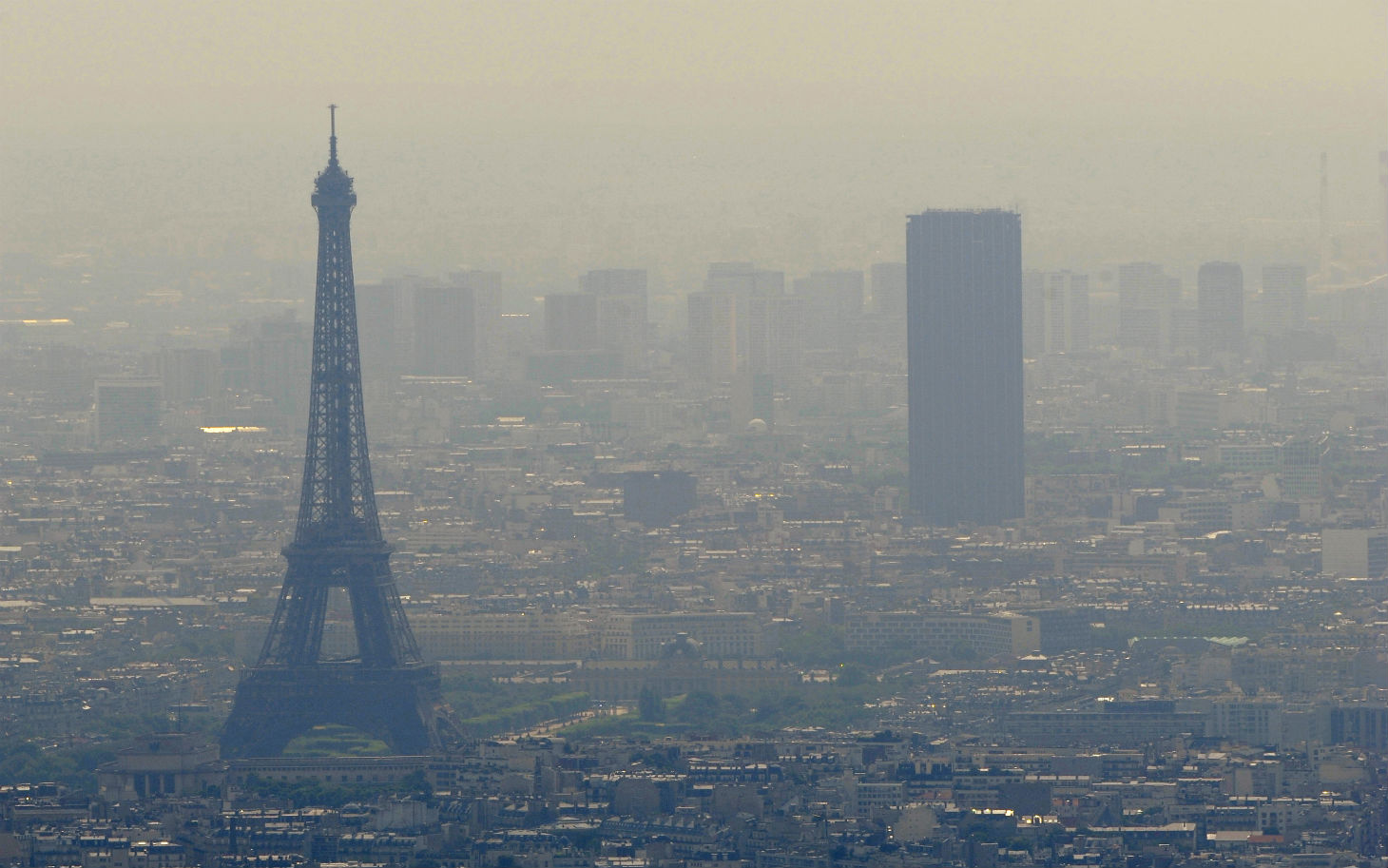 Sometimes on my walk to the college I am attending on exchange, the Eiffel Tower seems a little bit too hazy in the distance. Even when the skies seem cloudless, I always wonder why Gustav Eiffel’s imposing creation doesn’t look quite the way it does on the postcards, obscured in reality by a layer of greyish fog that doesn’t look like it should be there.

Despite some improvements, Paris has one of Europe’s least attractive records for air pollution. A report by AirParif shows a decrease in pollution levels between 2002 and 2012, but a look at any online air quality index usually sees the area as having a particularly dense pollution level, and the start of this year in particular has seen a spike in poor air quality.

Recently, some drastic measures were taken to actively combat the problem. My concerns have been mirrored by those in the highest levels of Paris’s administration, including Mayor Anne Hidalgo, who signed off on measures that took several vehicles off the road for a weekend. Among the only vehicles that were allowed on Parisian streets on March 23rd were those with odd-numbered licence plates and all eco-friendly cars. Spot fines were imposed on offending drivers, and public transport was also made free for much of the weekend.

That approach might seem extreme. Indeed, its nature led to somewhat of a spat between Hidalgo and fellow Parti Socialiste member, Ecology minister Ségolène Royal. Granted, it’s only the third time such measures have been taken there since 1997, and the context of the 2015 UN Climate Change Summit taking place here might paint a cynical picture of the plan. However, what we need to see in this is that Paris is putting up a fight. Rather than being haphazard in their approach, authorities have taken very decisive and forceful steps to shape up the city’s record.

The way a society tackles environmental problems can be very telling about our progress in the fight against it as a whole. If every city took a stance as strong as Paris, we’d make a lot of progress in improving quality of life around the world. So why isn’t the problem being tackled with such zeal elsewhere?

Much of the reticence has to do with the pivotal role certain industries play in revitalising and propelling developing economies and job creation. The chief example that comes to mind is China – one of the world’s most massive economies has built a considerable amount of its success on rapid,intensive development which has involved tapping into oil and coal supplies at alarmingly high rates. Indeed, China’s own pollution woes are often the first to come to mind when the issue is raised. Most of us have become accustomed to images of a smog-choked and over-urbanised China, where masks become a living necessity and Beijing’s sleek new office blocks are hidden by an unsettling filter of grey.

Concern for China’s environmental state has risen further because of the release of, and controversy surrounding, a Chinese documentary called Under the Dome. The film, which takes a similar approach to An Inconvenient Truth, is an exposé by journalist Chai Jing on China’s environmental crisis. In the film, she speaks to an audience about her fears for her daughter growing up in air conditions that are generally considered dangerous, as well as highlighting the damage that high levels of harmful PM2.5 particles have done to her and her peers, and the effect air pollution and mass industrialisation has had on China’s urban and rural dynamic in general.

The film depicts how some major Chinese fuel-based companies have neglected environmental restrictions to increase profit and keep jobs afloat. In one scene, Chai interviews an official who, despite also sharing a dream of a cleaner China, is pessimistic about the government making ideal steps towards ameliorating the situation, claiming that too much is at stake. A sense of fear and doom pervades much of the film, as if Chai laments the loss of a battle against poor air quality.

The film has been the subject of intense discussion on Chinese social networks like Tencent, and some Chinese environmental officials have shared Chai’s worries publicly. Recently, there have been reports that reliance on coal and oil have been decreasing in the country. However, there are signs that the battle against air pollution is seeing only minimal success – for example, the British School in Beijing recently installed a new campus sports facility whereby students travel through an airlock into an aired dome that houses sports pitches. The school expressed great pride in the opening of the facility, but in reality is it something to be proud of? Although that sense of health security is valuable in China’s case, it feels as though pollution is holding much the country hostage – even Chai talks about having to tape up every crack of her apartment window, and having to keep her child cooped up inside.

Overall, cities like Paris show an attitude to tackling air pollution that ought to be replicated more than it currently is. Although the measures seem drastic, the results were good enough to label it a success. Where we dig ourselves into a serious, possibly inescapable hole is through over-reliance. The social impact of Under the Dome could be the impetus for a new dialogue on the environment, one that could see the world’s new economic powers adopt a more socially-conscious and decisive approach to the air pollution crises facing a large percentage of the world’s citizens. If the impact of one urban zone can be as strong as Paris shows, imagine that potential in the world’s most populous countries.