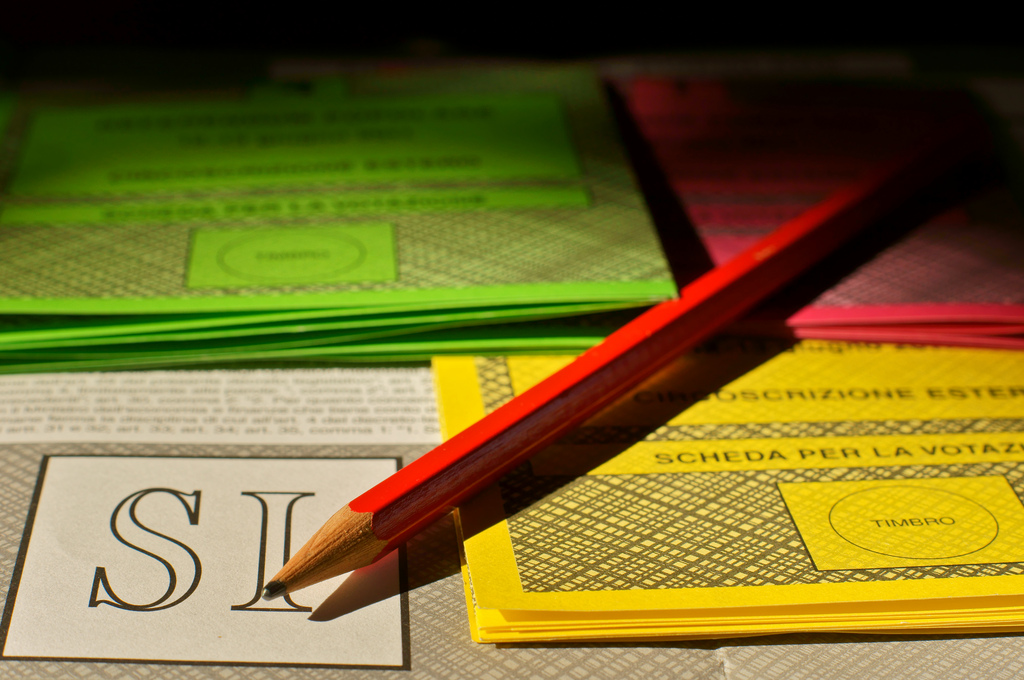 In the furore generated by the marriage equality referendum, it is often forgotten that the Irish public will also be voting on a second constitutional issue: the age of presidential candidacy. The proposition that the age of Irish presidential candidacy should be reduced from 35 to 21 has come under harsh criticism in the Oireachtas, even described as “a joke” by one TD. A recent Irish Times article by Arthur Beesley perfectly captures this condescension: “The proper place for a 21-year-old is in a nightclub; or a night-train to Mongolia with nothing much to do in the morning.”

Arguments against the reduction in age revolve around issues such as lack of experience, the “role” of young people, and the general fatuousness of the issue itself. Unfortunately, because of the focus on the marriage equality debate, these issues are not sufficiently teased out. Worse, the sentiment that this issue is “a joke” has manifested itself as tongue-in-cheek reactions by the media at the absurd idea of any 20-something holding presidential office.

The proposition that the age of Irish presidential candidacy should be reduced from 35 to 21 has come under harsh criticism in the Oireachtas, even described as “a joke” by one TD.

What these authors and journalists fail to realise is that their comments demonstrate the latent ageism that plagues Irish politics, which will inevitably affect the vote on May 22nd.

Concerns about the experience of a young person in office can be reduced to the distinction of correlation versus causation. Indeed, people gain experience with time, and as time progresses, people age naturally. Therefore, would it not be fair to say that older people are more “experienced” to be in presidential office? The argument against this is that the two aren’t strictly causal. People gain experience suited to different roles at differing rates, based on their exposure to certain opportunities – one does not experience some “political awakening” when the clock ticks past midnight on their 35th birthday.

The arbitrary limitation of 35 creates a circular reasoning by the No side. People in politics are older and therefore more experienced, thus the age of candidacy should be 35. However, a minimum age requirement perpetuates ageist notions that people under that age requirement are “inexperienced”, thus justifying the requirement in the first place.

To demonstrate the ageist implication, imagine the hypothetical situation of an under-35 presidential candidate. This candidate, by every means, has demonstrated their suitability for the role, and has been heavily involved in Irish politics for the past ten years. If this candidate is the clear choice, then is it not blatantly discriminatory to prevent the electorate’s decision because of an arbitrary cut-off point of 35?

People gain experience suited to different roles at differing rates, based on their exposure to certain opportunities – one does not experience some “political awakening” when the clock ticks past midnight on their 35th birthday.

Furthermore, there is no empirical evidence to suggest that older Irish politicians have demonstrated any more of political ability than younger politicians. We’re a nation that has been subject to patently foolish political decisions, embarrassing economic mishaps, and experiencing our prime minister, drunk, on live radio.

Another argument presented by the No side, and quite strongly in Mr Beesley’s article, is that the “proper place” for a 21-year-old is at a nightclub, on a J1, or involved in some other stereotypical youthful activity, and therefore not in the role of presidency. As a 21-year-old, I find this to be incredibly patronising. A nation cannot expect greater political engagement and higher voter turnouts from young people if it feels those young people need to subscribe to some age-normative concept about their “proper place”, a concept that apparently limits their ability to engage politically. This empirically-unfounded categorisation feeds the same rationale that perpetuated systemic discrimination against women, non-whites, homosexuals, etc. for centuries. People of the 21 to 35 age bracket should not be painted with the same brush, especially if such an act not only belittles their abilities, but goes so far as to limit their fundamental rights in society.

A final argument brought to this debate is the “fatuousness” of having to decide on this issue. The reality is, however much one thinks we shouldn’t have to decide on this issue, we are going to be deciding on this issue. Any reservations based on this argument should be dispelled – you are not voting to decide whether it would be a good idea to make a decision on reducing the presidential age limitation, you are voting on whether the age should or should not be reduced. You need to see beyond the apparent silliness of a referendum on the issue and decide whether reducing the age limitation is, substantively, a meritable constitutional change.

We’re a nation that has been subject to patently foolish political decisions, embarrassing economic mishaps, and experiencing our prime minister, drunk, on live radio.

Reducing the presidential age limitation is not an empty gesture. It’s true that the practical implications may be slim – it’s unlikely we will see any 21-year-old presidential candidate in the near future. However, at a fundamental level, the gesture is highly symbolic. It shows that the Irish political process is open to young people who want to follow through on their political interests in every form of office. Currently, the legal system makes a distinction based on age between people who are competent in voting for a president, and people who are competent in running for presidency. If Ireland is to regard itself as a democratic state that values civil and political rights, then there is a logical flaw in a legal system that says that those who can vote on important political positions are not capable of running for those positions themselves.

Is it daringly meritocratic to suggest that presidential candidates should be judged on their abilities rather than arbitrary age distinctions? Is it frightfully liberalist to believe that people should have the autonomy and self-determination to decide for themselves as to their “proper place” in society? I cannot decide this referendum for you, but I encourage you to at least consider the arguments involved in this constitutional amendment, rather than merely treating this referendum as “a joke”