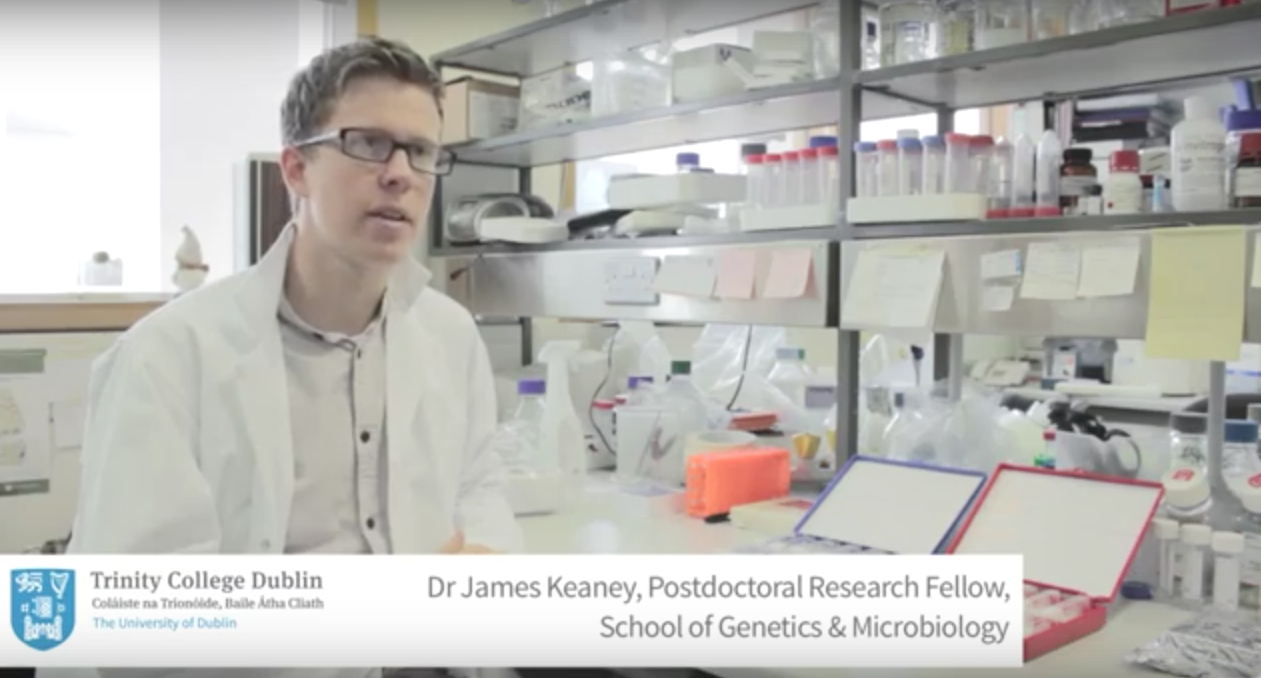 Researchers at Trinity College Dublin have reported a major breakthrough in understanding Alzheimer’s Disease, The University Times has learned.

In a press release dated September 18th researchers stated that they have shed light on a fundamental mechanism underlying the development of the disease which, they report, could lead to new forms of therapy for those living with the condition. They believe that the periodic clearance of a specific protein across the Blood Brain Barrier (BBB) could be the key in developing new therapies.

Research Assistant Professor in Genetics at Trinity College, Dr Matthew Campbell, stated that “given the recent advances in clinical trials of anti-amyloid beta antibodies, we hope our findings may lead to improved and adjunctive forms of therapy for this devastating condition”.

It is identified, in part, by the build up of a small protein, amyloid-beta, in the brains of patients. Problems in clearing this protein appears to be a major factor in the buildup of plaques, and then in the disease process itself. While the process by which amyloid-beta is cleared remains unknown, it is evident that it needs to be removed from the brain via the bloodstream. The blood-brain barrier, a property that blood vessels in the brain possess, functions as a tightly regulated site of energy and restricts what gets in and out of the delicate tissue.

Working with the Dublin Brain Bank in Beaumont Hospital, the Trinity researchers closely studied the brain tissues of individuals affected by Alzheimer’s during their lifetime and then compared results to those observed in model systems in the laboratory. A postdoctoral researcher in Trinity’s School of Genetics and Microbiology, Dr James Keaney, who spearheaded the study, stated that they have shown that the distinct components of the blood vessels termed junctions are “altered” in Alzheimer’s disease, “we think that this alteration could be an entrained mechanism to allow for the clearance of toxic amyloid-beta from the brain in those living with Alzheimer’s disease”.

Dr Campbell added that “our recent findings have highlighted the importance of understanding diseases at the molecular level. The concept of periodic clearance of brain amyloid-beta across the BBB could hold tremendous potential for Alzheimer’s patients in the future. The next steps are to consider how this might be achieved”.

The new research is published this week in the leading international journal, Science Advances, and was supported by the Science Foundation Ireland (SFI) and US-based charity, Brightfocus Foundation.  A number of other scientists collaborated on this study, namely individuals from the laboratories of Dr Matthew Campbell, Professor Peter Humphries, Trinity’s Smurfit Institute of Genetics, Professor Dominic Walsh of Harvard University, and Professor Michael Farrell, Consultant Pathologist and Director of the Dublin Brain Bank and Beaumont Hospital.

A copy of the journal is available upon request.