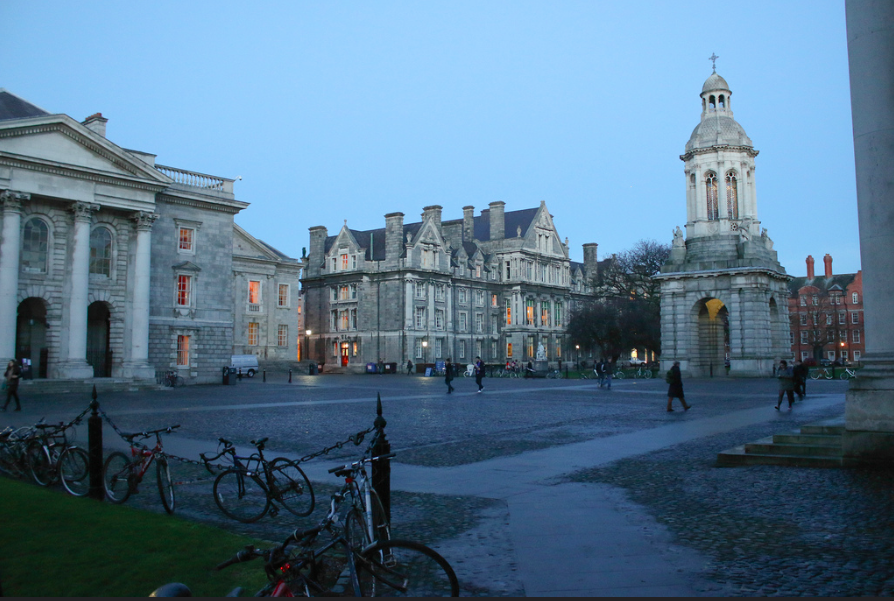 Photo by Andrew Murphy for The University Times

I study Business and Spanish as part of the BSL program so, for my Junior Sophister year, I studied in Spain as part of my course. In late October of 2014 I began to notice a sizeable shift in my demeanor. I was reluctant to see the good friends I had made, I was grossly over and under eating, and I kept very irregular sleep patterns, characterised by restless nights that left me feeling more drained come morning. A full-blown apathy towards many of the activities I loved became more and more pronounced as the months went on, and I battled with my depression for the remainder of the academic year. By January I was too anxious to leave my own room to attend lectures. I sat in the dark hoping that no-one would come looking for me. Many nights, friends of mine in the dormitory would knock on my door at the end of the day to see me, and I would cower in my room, unable to answer the door to people whom I love, trust, and still keep in contact with.

I wanted to feel anything else in that instant and I would have gladly settled for pain, anything to take my mind out of that dark corner in which I felt helpless.

I remember the first time I fantasised about killing myself. The thought came without warning on a night in February, just after my second term classes had begun. Sitting alone in my room in the dark had become a regular occurrence at this point. I vividly remember the feeling of being bombarded by thoughts of worthlessness, of how alone I was, how confused I felt. It felt as if I were cowering in the corner of a dark room, huddled in the fetal position while being berated mercilessly by someone and all I could do was take it. That is when I wanted to kill myself. That is when I first wanted to end all of the thoughts, all of the darkness, and replace it with the sweet tranquility of nothingness. I wanted to feel anything else in that instant and I would have gladly settled for pain, anything to take my mind out of that dark corner in which I felt helpless.

I wanted nothing more than to know what was happening to me. I thought it was depression, but I was not sure and had never been diagnosed with a mental illness before. I didn’t want to raise any false alarms because I worried that I was just overreacting or being a hypochondriac. I should have talked to someone that night in February, but I didn’t. I waited until May, when I was home in the United States, to speak with a professional. I was immediately diagnosed with major depressive disorder and panic disorder with agoraphobia, and I began treatment that day. After two weeks of treatment I noticed that I hadn’t had suicidal thoughts for an entire week. That week turned into a month, and thankfully I have gotten progressively better ever since.

As a result of that fear of leaving the perceived safety of my room, my grades suffered. Luckily I was able to scrape by, retaking exams and completing extra work in order to achieve passing marks for my classes. However, arriving back to Trinity I was told that I had not achieved a sufficient mark to advance to fourth year. At first they asked me if I could re-sit exams in Spain, but the academic year in Spain began at the beginning of September, effectively ruling out that option. After I asked if I could take examinations at Trinity or complete extra work, I was told that the time for supplementals had already passed and another exam or coursework could not be done at this time. Since that time, I have spoken with students who are completing work that they previously failed or are turning in extra work to Trinity professors rather than their host university in order to obtain passing marks for their Erasmus year.

Soon thereafter, I learned that I would not be eligible for a medical exemption for my fees because I am a non-EU student.

I was then told that I would have to repeat the year but that I could avoid paying tuition fees because of a medical exemption. Soon thereafter, I learned that I would not be eligible for that exemption because I am a non-EU student. From Irish friends, I’ve heard numerous stories of students failing modules and not attaining sufficient credits on Erasmus year, yet still proceeding to fourth year or at least repeating third year at an affordable price. I don’t expect special treatment in this situation, just that I be afforded the same opportunities as my peers.

I am disturbed by the lack of empathy shown by this college. If my condition were a physical one rather than mental, I wonder would I still receive the same treatment. Why is it that as an international student I am deemed unworthy of aid, despite paying more for one year of education than many students will pay for an entire degree here at Trinity?

For an internationally-recognised university to treat any student with such callous disregard is not only unethical but frankly appalling.