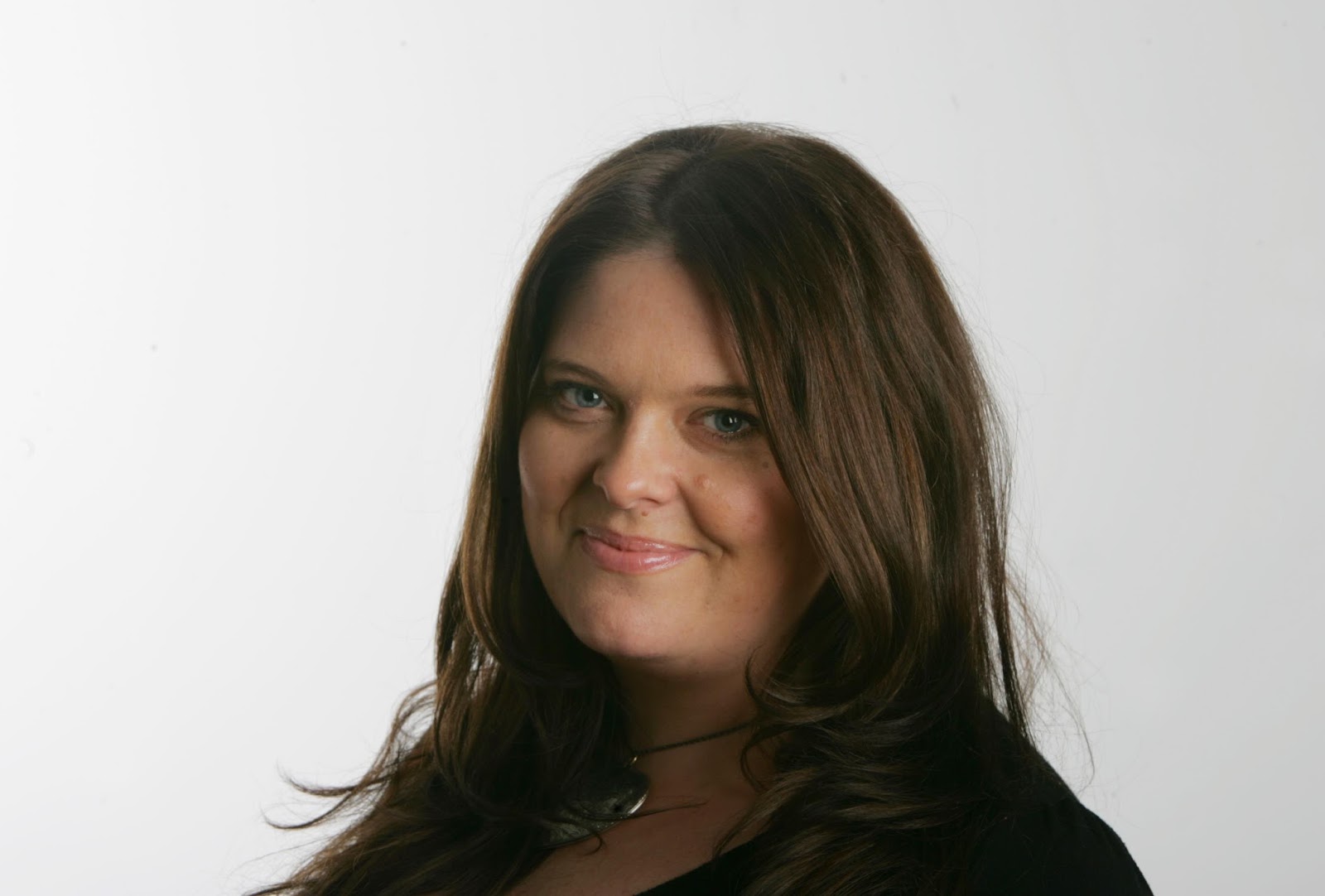 The Irish Times columnist, Róisín Ingle, explains why “coming out” about her abortion was the right thing to do.

Róisín Ingle is a controversial figure in Irish public life. Some view her weekly column in The Irish Times Saturday Magazine as a must read, savouring each anecdotal tale with a cup of tea in hand – a ritual firmly embedded in many people’s Saturday morning routines. Others pour scorn on her confessional tales, uncomfortable with knowing the ins and outs of her relationships, what she had for breakfast or her encounters with taxi men. However, for most, her words often reflect exactly how we feel – we find ourselves saying “me too”. Better yet, they often reveal things we could never say aloud.

We like to think we know everything about her: Sandymount native, divorced, two children, a partner but not a husband.  We read in horror when she wrote about being “fat-shamed”, immediately feeling defensive for the friend we’ve come to love.  This is a friendship built around vulnerability and trust, and it is this human element which draws us in and makes us stay. We all make mistakes and do things we regret, but it takes a special kind of bravery to publish this in the country’s paper of record.

Like many, her college years were a time of self-doubt. What would she do differently? “Get out quick and try harder to get into Trinners”

Ingle often appears self-deprecating, but in an endearingly goofy manner. Due to her hectic schedule – Ingle is Daily Features Editor as well as a weekly columnist with the Irish Times – this interview was conducted through email correspondence. This is not, however, too problematic. It is, after all, through the platform of written word that her personality shines best. While Ingle always wanted to be a writer, she didn’t think it was possible until she was in her mid-twenties when she began working for the local newspaper.  Like many, her college years were a time of self-doubt. What would she do differently? “Get out quick and try harder to get into Trinners”.

Ingle describes herself as “today: cheerful, a bit giddy, optimistic. Last night: tearful, self-critical, a bit of a mess.” When asked what is her most enduring childhood memory she replies, “getting my head stuck in the railings of Sandymount Green, aged around seven. The fire brigade had to come and cut me out. Morto”.

Ultimately the word she chooses to sum herself up with is “human”.  The word seems appropriate: in our conversation she reveals small, human details, like the fact that she cried last night after a row with her sister.  In a characteristically honest way she admits: “It was all my fault”.  In this week’s column she writes about “sibling stuff”, whereby she describes her relationship with her brother: “In the past, we’ve clashed because I’ve felt he’s been insensitive or disregarding of people’s feelings but perhaps turning 50 earlier in the year had mellowed him.” This would give most people pause for thought, but not Ingle – who seems to take it with ease.  Has she ever regretted anything she’s written? “Only a forged sick note to my maths teacher”.

But surely being outspoken leads you open to judgement and critique? “I think that’s part of being a columnist. I can’t control what people think. What I do enjoy is that because people already know a lot about me through the column, it cuts out the need for small talk, which I’m not very good at”. Her strikingly confessional style often reads like the inside of a diary.  This leads many to wonder, is there anything left to tell? Is her public persona concealing an inner self?

“Many times I’ve stopped myself writing about the Experience. And every time I’ve asked myself”

These questions were answered on Saturday September 12th, when Ingle first spoke publicly about an abortion she had fifteen years ago. A 64-word quote about the experience made the cover of The Irish Times Saturday magazine: “Many times I’ve stopped myself writing about the Experience. And every time I’ve asked myself why. Was I ashamed of it? No. Was I embarrassed of it? Not at all. Did I feel I’d done something wrong? Quite the opposite. What I had done was the right decision for me. I was stopping myself talking about the Experience because of what other people might think”.  Interestingly, Ingle chose to capitalise the word ‘experience’ – this forces the reader to fully appreciate the weight of her decision.

Inevitably, controversy and Twitter storms ensued. For many, she became a new, public face of the Repeal the Eighth campaign.However, in that same moment, her words hardened like cement.  Once you confess, there’s no going back. This revelation seemed so incendiary that a backlash seemed inevitable.

However, that backlash was not as strong as one might expect. Ingle says the reaction has been “overwhelmingly positive. Loads of hugs, kind emails and thank you cards. Lots of people whispering ‘me too’, in some cases women I’ve known for years, in other cases complete strangers who have stopped me in the street. There have been a few nasty Twitter comments and a small bit of post featuring pictures of dead babies sent into my office by people claiming to care deeply about children but, apart from that, I’ve had nothing but love, support and empathy”.

A MINGLE WITH INGLE

What is your favourite book?
“If I am being very honest and telling you the book that came into my head when I read that question: The Lion, The Witch and The Wardrobe by C.S Lewis. The stuff I read as a child has stayed with me. I’m also a big fan of Asking For It by Louise O’Neill and Maeve Higgins has a great new book out called Off You Go.

Did you ever consider emigrating?
“I lived in Birmingham and London for a while. I think it’s essential for the development of every young person that they should get off the Island for a prolonged period at some point in their lives”.

What is your favourite aspect of Irish society?
“Noisy dinner parties that go all night and into the early hours of the morning especially when there’s singing involved”.

What Ingle may not realise is that her actions put the Repeal the Eighth campaign even more firmly on the map. There has now been a very public face put to the many nameless, faceless stories of abortion. Suddenly people realise that this issue affects women across the board, but it doesn’t define them. And that’s important.  In a powerful extract from her new book, Public Displays of Emotion, Ingle writes: “Since 1980, more than 150,000 women have left Ireland, mostly for England, to get abortions”. She proceeds to describe these women: “Employed and the unemployed. Women who have children and women who don’t. Teachers and doctors. TDs and factory workers.”

What we learn from Ingle’s “coming out” is that these women are the same people who sit next to us at lectures. They are the people who we think we know. They are, like Ingle, a friend in need. By prohibiting them carrying out this emotional procedure in their own country, we dehumanise them and devalue their rights.

When Ingle was in her late twenties, she became pregnant at a time when she did not want to be. It is obvious this was a turbulent period in her life: “It happened after my previous relationship, a five-year marriage, had broken up. I was flailing around in self-loathing mode. Going out too much. Drinking too much”. When I asked if having an abortion changed her, she replies: “It made me more careful with contraception. It made me more sure than ever that nobody should judge a woman who finds herself pregnant when she doesn’t want to be. It made me, if it was possible, even more pro-choice than I was before”.

Many will wonder if she now regrets the abortion.  And, if not, why, after all these years, is she only speaking out now? Ingle writes in her book: “What I had done was the right decision for me. I was stopping myself from writing about the Experience because of what other people might think. Which, when I thought about it, was completely against the spirit of my column”. Her stance on the issue is clear: “I want to be a part, however small, of the campaign to change abortion legislation in this country”.

Ultimately, Ingle does believe that change is coming: “I think at some point over the next couple of years we’ll have a referendum to remove the eighth amendment from our Constitution. I think it will pass”. Perhaps she feels this way due to the support for the marriage equality referendum or the reaction to her “coming out”, but she strongly believes the Irish public is ready for such change. She, along with comedian Tara Flynn, were the first Irish public figures to publicly put their faces and stories to the topic of abortion, but perhaps we should delve further into the issue as to why people have to speak out in the first place. Many believe Ingle’s speaking out should not even be a news story to begin with – she shouldn’t have to feel obliged to speak.

“I think at some point over the next couple of years we’ll have a referendum to remove the eighth amendment from our Constitution. I think it will pass”

A recent EU-wide survey claims that the Irish are among the most tolerant in Europe in relation to those who are LGBT or from different ethnic backgrounds. But how tolerant are we to women seeking abortion? Are we, as a nation, still heavily influenced by the social teaching of the Catholic Church? Speaking on RTÉ’s Marian Finucane Show, Ingle said: “I am not a bad person, I am not a murderer”.

When asked how she’d like to be remembered, she cites Gay Byrne who said something similar in her podcast, Roisin Meets: “He said that at best, even very famous people get a couple of weeks of being eulogised before people move on and forget. I don’t expect to be remembered in a wider sense, but it would be nice if my man, my daughters, my family and my friends remembered me with love, acceptance and with a smile”.  What Ingle doesn’t acknowledge here, at least, is that, years from now, the public is likely to remember her with a sense of love and acceptance, and a smile.

After fifteen years of public confessions, it is perhaps Ingle’s most private, personal and courageous revelation which will put her at the core of Irish society for years to come. Like the women on the contraception train or Panti Bliss, she may become a symbol for something far greater. Is this a watershed moment in Irish society? The issue, like the woman herself, is controversial. For Ingle, the private is political and now more so than ever. Has she anything left to say? Well, this is only the beginning.

The issue, like the woman herself, is controversial. For Ingle, the private is political and now more so than ever.

Róisín Ingle is Daily Features Editor and columnist with the Irish Times. She has a podcast Roisin Meets and is producer of “The Women’s Podcast” both on irishtimes.com. Her new book Public Displays of Emotion is a collection of her columns from the last ten years and also features a  powerful essay about an abortion she had fifteen years ago.