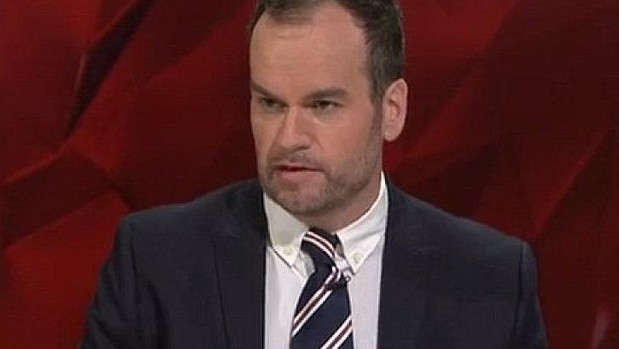 Brendan O’Neill, a columnist at conservative UK magazine the Spectator, addressed the Phil this week, speaking in proposition on the motion “This House Believes in the Right to Offend”.  By most accounts, his speech was generally what would be expected of a Phil guest, and having read a transcript, I would have to agree. The next day, however, O’Neill wrote a scathing piece, in which he asks “why are students now cheering about the massacre at Charlie Hebdo?”

Your answer, Brendan, is that we’re not.

O’Neill references a guest speaker on the opposition, who decried Charlie Hebdo – specifically its publication of satirical and offensive depictions of the Prophet Muhammad – as racist. O’Neill’s article refers to this as “the same dim-witted claim of every Charliephobe” who has never read the magazine. He ignores religious and cultural context for this: any depiction of the Prophet is offensive to many Muslims, owing to views on idolatry and false depictions of the sacred. But Charlie didn’t just publish images of the Prophet. Charlie went further, depicting the Prophet in offensive scenarios and saying deplorable things. It’s clear how these comics by the cartoonist “Luz” would offend by the mere fact of their publication. Moreover, the implicit argument of “don’t read it if you don’t like it” isn’t really useful either. It’s basically a way of saying that if you want to avoid being insulted, don’t listen to the insults.

O’Neill entirely missed the point. Comparatively few people were ever trying to shut Charlie Hebdo down entirely, despite what the “freedom of speech brigade” would have you believe. More common was the view that Charlie Hebdo isn’t immune to criticism, and that the comics that they published, within their rights, were still tremendously offensive and irresponsible. Free speech is the right to say anything without fear of reprisal, not the right to say something and expect people to tolerate it when it offends them. Too many people talk and then expect nobody to talk back.

In the very same article, O’Neill defends Robin Thicke’s “Blurred Lines” and complains about the students who hollered “Shame! Shame!” at him when he said that college bars and campuses shouldn’t ban it. But when people “shame” him, he’s not being restricted in any way – he’s just freely said something that some would find offensive. But for the one in every four women in Trinity who have been victims of sexual assault, some of whom are my close friends, their freedom to tell him he’s wrong is important too. “Blurred Lines” is an insidious piece of music, an anthem for violence against women, proudly declaring “I know you want it”. If Brendan O’Neill wants to defend it, he can. But he should expect his critics to exercise their own freedom to disagree with what he says.

Speaking of O’Neill’s critics, his characterisation of them in his article is almost as offensive as anything else within it. Defining the attendees of a regular Phil debate as a faceless mass of “trendy, middle class, liberal students” is definitely a mischaracterisation (and not just on the “trendy” part). Ultimately, the stereotype of the average college student as a bra-burning feminist or naive hipster anarchist, which O’Neill clearly buys into, shows how little respect or interest he had in his audience. Yes, colleges are more liberal than other institutions and Trinity is no different, but this is an extreme generalisation: I’ve met students in college with extremely conservative views, sometimes to the point of taking genuine offence at things they’ve said. I’m also personally offended, as I’m sure many other are, by the assumption that Trinity is a solely “middle-class” institution, in an Ireland where 64 per cent of students get by on less than €100 a week, and nearly half work our way through college. It’s laughable that someone in the Spectator’s office thought “This is brilliant, let’s get a pretty cartoon graphic for this one” upon reading this piece. What is shocking, however, is that this went to print with such a narrow-minded view of students as its crux. Had this been a debate at a public forum, I’d imagine the extent of this article’s life would have, instead, been an angry rant at the pub, without the easy target of “those crazy kids” to hold it together.

The reason Brendan O’Neill is able to use this stereotype, however, is because the media reports on so-called “political correctness” in an incredibly patronising manner, particularly in the case of students. A frankly incredible amount of digital ink has been spilled on the phenomena of so-called “trigger warnings” on U.S. college campuses, and critics of the phenomenon have ranged from the Daily Mail to the front page of the Atlantic. Closer to home, in response to an open screening of the film “Dear White People”, with a safe space for BME (Black and Minority-Ethnic) students beforehand, Lara Prendergast of the Spectator asked us to “imagine if the tables were turned, and the film was called Dear BME People and the screening was ‘for white students’ and only white students could attend the social before the screening.” Her claim of this being “racial segregation at a British university” is one of the less offensive of a frankly shocking number of articles and tweets relating to this event. Both safe spaces and trigger warnings are important and useful in a majority of circumstances, but they’re reported on as massive impositions upon our freedom by a press that can’t tolerate a two-word head’s up for anyone with PTSD or a conversation that someone may be left out of to allow someone more marginalised to participate. There are rarely two sides to the story, and the argument almost invariably boils down to a crusade in the name of “freedom” against the rising tide of tiny or non-existent inconveniences. The reason Brendan O’Neill considers us to be a horde of misguided “Social Justice Warriors”, as his article implies, is because he’s made his career in an echo chamber, the conservative press, where this view of students is less an opinion than a universal presumption.

College campuses are more liberal institutions than most, and I’m glad for that. College is about self-empowerment, about studying what you want, doing what you want, and deciding who you are, and making this journey as comfortable as possible for as many people as possible is a value we should hold dear. If the freedom to say and do stupid things that make people uncomfortable is the sacrifice we must make for this, then it’s a freedom we don’t need. I’m saying your wrong Brendan, and the freedom to do that is all I need.