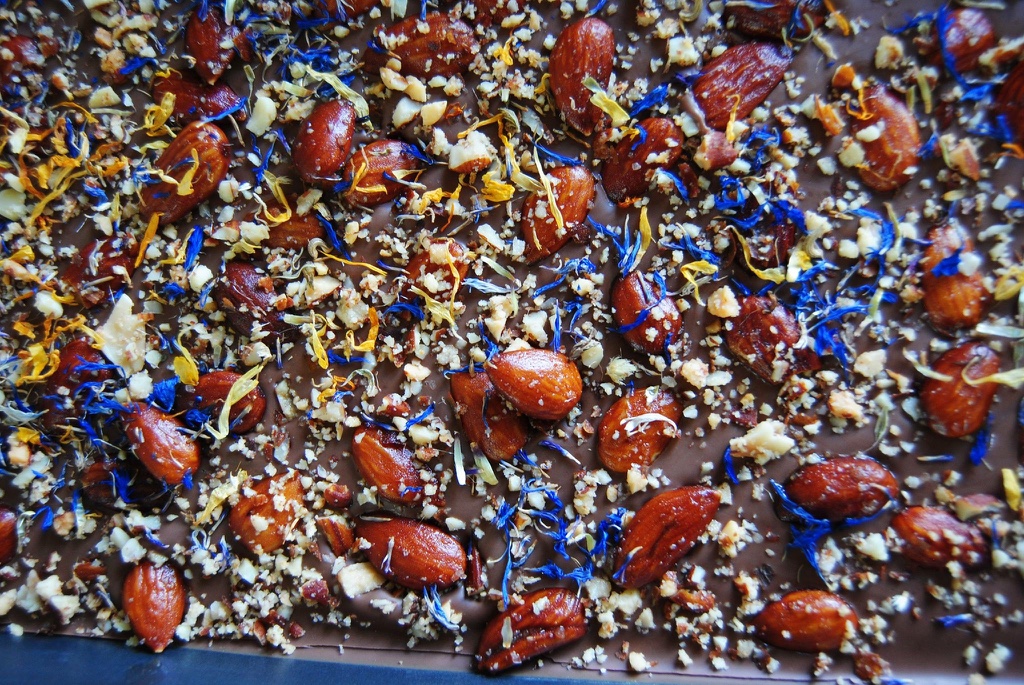 Cacao has become somewhat “fashionable” in recent years, known for its antioxidant and cardiovascular benefits. Many people are throwing cacao powder and nibs into their food in order to capitalise on their beneficial properties. Meanwhile, others are choosing to avoid all chocolate with a cocoa solid content of less than eighty per cent, in favour of a higher and therefore healthier percentage.

The cocoa bean was not originally intended to be consumed as it is today. The history of chocolate began in Latin America, where the beans which the cacao tree produced were used as currency. For 100 beans you could buy a slave or for 10 a rabbit! Historically, chocolate was not eaten as a solid, rather it was drank. The beans were roasted and ground into a paste, then mixed with water and spices like chili, honey and flowers. Chocolate was used in religious ceremonies like weddings and baptisms instead of blood. Because cocoa beans were used as a currency, it was only the rich that drank chocolate.  It wasn’t until the 1850s that the first solid piece of chocolate was made, and in 1875 the milk chocolate bar was created.

In more recent times, it has been estimated that the global chocolate market will be worth 98.3 billion dollars by 2016. The industry has seen a huge increase in luxury chocolates, Fairtrade chocolate, and artisan chocolate. Companies are experimenting more with unusual flavours, similar to those that were used historically to drink chocolate, such as chilli and honey. In Ireland, many small artisan chocolatiers have become very popular such as Wexford based company Bean and Goose. Bean and Goose state that their chocolate reflects contemporary Ireland, its flavours and its people. They combine unusual flavours such as raspberry and sage and roasted almond and sea salt. Bean and Goose sell their unique products at the Temple Bar market every Saturday.

To celebrate National Chocolate Week, why not try some new flavours such as chili, lemon and black pepper, rosewater and pistachio or Irish sea salt. Lemon and black pepper and sea salt are my personal favourites. Fallon and Byrne on Exchequer Street have an extensive range of these luxury chocolate bars. If you’re feeling like something warm, make some hot chocolate using melted chocolate and cream. Then, top it off with a dollop of whipped cream and a sprinkle of cinnamon for a lovely cosy drink that will satisfy your chocolate cravings. To further your education in the study of chocolate, I recommend watching the movie Chocolat. Make sure you have some chocolate at hand though, or you might just find yourself wishing you could reach into the screen!