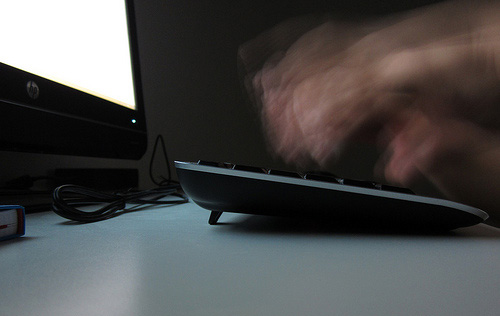 Last week, the kings of banter at The LAD Bible made international news when – in a move that didn’t quite live up to their name – they threatened to sue a small website for slander. Realising the effect of this on their image – which is a mixture of drinking, the English equivalent of craic, and witticisms – the website quickly apologised and called off its lawyers. Dssk.press, a little-known humour site, had accused The LAD Bible of plagiarism and not properly accrediting its sources, suggesting it was making money from others’ work. Regardless of whether their claim was fair, this illustrated the problem that the internet, and particularly social media, has brought us: the difficulty in getting paid for one’s own work.

Curing online plagiarism is a tough one. It’s the easiest thing in the world to do, just a copy-and-paste away. Particularly in an age when there is a vast array of very humorous people on the internet whose work appears to be in the public domain, and is better than what someone else can come up with, the perpetrators see it as a sure-fire way to get the all-important clicks to their website. It probably also looks like a victimless crime. It is certainly a poorly policed one, since the state lacks the capacity to police the entire web. Their focus is thus placed, and rightly so, on more pressing issues such as the Silk Road.

The perpetrators see it as a sure-fire way to get the all-important clicks to their website.

This whole issue is another reason why I respect websites like Waterford Whispers News so much. It creates very high-quality original content every single day. They don’t even sink to the “lazy” options, such as creating articles that are just collections of unsuspecting people’s tweets. It is easy to see why it won the award for Best Irish Website Ever the other day. In fact, it has even become a go-to place for plagiarists. A few months ago, an article from a website I didn’t know came up on my newsfeed. As I began to read, I felt it was somewhat familiar, only to then realise the whole thing had been shamelessly pasted directly from Waterford Whispers. It’s probably worth pointing out here too that this link had received Facebook sponsorship. I know not whether Waterford Whispers take action against people who do this, but their writers deserve to be compensated for what they have entertained us with.

Larger websites who can afford to defend themselves can get away with barely crediting people for their works, if at all.

I suspect the problem in protecting one’s rights to their online creations is that the wider legal system itself has not yet been adapted to handle the internet. In the past, the bulk of one’s media came from large, well-funded places, but now many of the sources that compose our newsfeeds are small independent websites, who haven’t a chance of affording legal fees for suing for copyright infringement. Meanwhile, larger websites who can afford to defend themselves can get away with barely crediting people for their works, if at all.

Forgive my lack of technical knowledge, but it mightn’t be too difficult to police if there was some kind of state-sponsored system for monitoring such activity. It could presumably be easily proven who wrote what article by when it was posted and if the alleged plagiarist’s IP address had been on their website. The problem though is building such software and getting countries to agree to punishments. But for as long as people can make money so easily from other peoples work, the quality of the material will never reach its full potential.