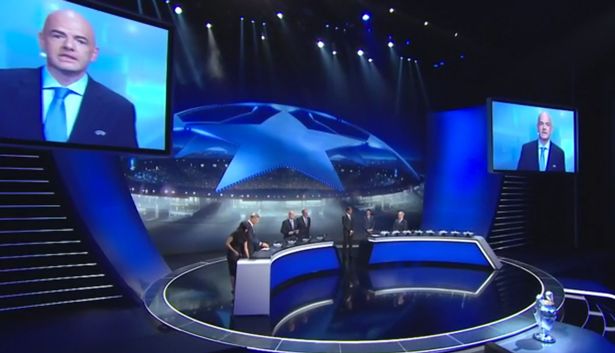 “They said: ‘Thierry, is this the best league?’”, former Arsenal star Thierry Henry tells us in this season’s Sky Sports advert. Who “they” are, Thierry doesn’t explain as he jogs onto the Old Trafford turf. We can only presume “they” are Rupert Murdoch’s henchmen in the Sky Sports boardrooms. Thierry manages to relive in person the greatest moments of the modern Premier League through the beauty of the most modern and expensive cinematic tools, to try and prove to us that, yes, “this” is the best league.

But if Thierry and Sky hadn’t more money than sense, what they would have done is look at the rankings table of the top leagues in Europe according to UEFA’s own coefficient scores. One look at this table could have saved a lot of trouble for our time travelling Thierry, as we see the English Premier League sits in third place behind the Spanish and Germans, respectively. Despite Sky’s attempt to over-hype and over-exaggerate the ability of their beloved cash cow, any sensible European football fan knows that “this”, in fact, is not the best league in the world, nor is it the second best league in the world. Soon it may not even be third. Serie A’s ability to have clubs perform well in both the Champions League and Europa League in the same season is a feat that their English counterparts can’t seem to pull off. Such Italian success has left the Premier League feeling anxious at the thought of losing their fourth Champions League spot.

Despite Sky’s attempt to over-hype and over-exaggerate the ability of its beloved cash cow, any sensible European football fan knows that “this” is not the best league in the world.

As a result of the Premier League having held their four champions league spots since the 2001/02 season, many modern Premier League fans have never had to pay attention to the word coefficient or understand what it could mean for their clubs. So let me try and give a basic guide to how the coefficient works: A win in European competition is worth two ranking points while a draw is worth one, however in the qualifying stages a win is only worth one point and a draw half a point.  At the end of the season the points earned by individual clubs are added together with the points achieved by other clubs from the same country and then that total number of points is divided by how many clubs there were in European competition from that country, to achieve an average number of points.

So why are we now talking about coefficients? Frankly, it’s become relevant due to the poor performance of English clubs in Europe. Here’s a stat that may summarise their troubles: between the seasons of 2004/05-2011/12, Premier League clubs suffered no opening week defeats in the Champions League. In 2012/13 and 2013/14 one opening week defeat was suffered in each, while last season there were two Premier League defeats in the opening week. This season, out of the four teams that played from England, three lost. Last year was the Premier League’s worst performance in Europe over the last five years, while it was Serie A’s best.

It looks another poor year for the English clubs as the Italian are set to flourish in both the Champions League and the Europa League again.

The Europa League really is the downfall for the English clubs. With many managers and pundits bemoaning Thursday night games, most clubs tend to put the priority on domestic football. In each of the last two seasons England has only had one representative to reach the last sixteen. In contrast, Italy has had three semi-finalists in the last two years and this year Napoli, Fiorentina, and Lazio have all made bright starts and look to go far in the competition once again. The English have again stumbled, with West Ham and Southampton already bowing out in qualifying, leaving only Liverpool and Tottenham to fight for much needed coefficient points.

So if you’re a follower of an English team who battle it out for Champions League places, should you be worried? The answer seems to be yes. It is likely that the fourth place will be lost, but not quite as soon as you’d think. Firstly, England will have four Champions League spots for the 2016/17 season that is guaranteed by the score they have over the last five years right now. Over the next two seasons, Chelsea’s two great seasons in Europe of winning the Champions League and Europa League consecutively will no longer count in the Premier League’s coefficient score as they will fall outside of the five year window. This means that if the Serie A and the Premier League were to achieve the same scores as each other over the next two seasons, the Premier League would lose its fourth Champions League spot for the 2018/19 season. And if last year’s performances were to repeat themselves England’s fourth place could be lost even earlier in the 2017/18 season.

A very, very good two seasons in Europe is what the English clubs now need to retain their precious four places. And with Sky Sports and Thierry backing them all the way to the bank, the top clubs shouldn’t have any excuses.