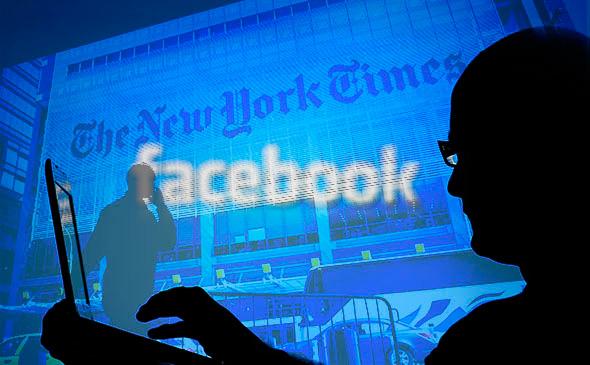 Last week, our professor was lecturing us. Not in the conventional sense about whatever knowledge she wanted to penetrate our minds with, but rather about why she thought we should all read newspapers, and – those immortal words – why “media was better in my day”. The audience did not respond positively. Or at all. And, to be honest, why would they? All of humanity’s accumulated knowledge is but seconds away at the stroke of a finger, there is more choice and there are thousands of ways to get even our own views across, and it’s all free. It would appear that, in theory at least, media is now ruthlessly efficient and accessible. Yet our class didn’t give her a fair hearing. The mood in the room was akin to letting grandpa’s rants happen, just awkwardly waiting for them to end without correction. It may be convenient, but she was right in pointing out the inconsistencies a wholly social media-based news acquisition can have.

The unleashing of the psychological effect of “confirmation bias” is just astonishing.

It was written in the Guardian earlier this year that social media is bad for democracy. The thinking behind this? Well, we only ‘like’ pages and share articles that are consistent with our current views, thus creating an inability to see, let alone understand, any sort of opposite view. If you are a revolutionary communist you can make your newsfeed one huge echo chamber full of your like-minded comrades. Your concept of political normalcy and reality will slowly become further and further removed. The same is true of all views. The unleashing of the psychological effect of “confirmation bias” is just astonishing. Certainly, this was true to some extent with the newspapers of old, but the range of opinion offered even in partisan papers is far greater than what you’d see on Upworthy. This essentially makes the party we’re going to vote for a given, with many even going as far as outright hating the other side, just because they’ve never given a second to look at their logic.

Before social media, the long-term prevailing belief by some that the media is lying to us was still held, but our newsfeeds have taken this to an entirely new level. We live in a world where ‘likes’ are very valuable commodities, where everyone can say anything with a potentially huge audience, yet most people don’t have the resources to fact-check. The natural consequence of this? Outright lies.

And these lies are on a scale far greater than ever might have been the case before. Hoax stories come up on our newsfeed every day, usually in the form of overt clickbait with an aggressively-worded title and an intriguing or sexualised photo. Larger, respectable news outlets such as the Washington Post now have dedicated teams that write a weekly article titled “what was fake on the internet this week” to expose overt lies by the people trying to get attention or money. These have ranged from relatively minor stories such assaying that teal-coloured owls exist, to more dangerous statements such as that David Cameron campaigned to have Mandela hung – which even his staunchest critics admitted wasn’t true.

As teenagers in 2009, we all liked those now-cringeworthy pages with names such as “Hello Africa, you want rain? We want sun! Want to trade?” and “sick jokes” that weren’t created with any specific intention except to see how many likes it could get, and have since been bought by click-harvesting companies. They post ‘articles’ several times an hour, and are specifically designed to do nothing else but get you onto their website to generate advertising revenue. This explains why so many seem to be about relationships and/ or sex, and you have to click ‘next page’ every couple of sentences. It is this sort of unbearable lack of quality that makes me stay with the main news organisations, and here our professor is right: newspapers really are so much better. Yes, they are about advertising revenue too, but at least they are subtle about it and still provide high-quality reliable information.

Newspapers at least give us some indication of relative importance, as well as all relevant information.

Teacher made another fair point: that browsing through a newspaper, even if you are not reading every word typed, is excellent for getting a good general picture of what’s going on. The problem with social media, meanwhile, is that depending when we log on, and what we follow, we hear a lot about some stories and very little about others, giving us a highly skewed and inconsistent depiction. Because things appear in our feeds based on how recently they’ve been posted and how popular they were, we’re just as likely to read “you’ve been pooping wrong your entire life” than about Putin’s bombing of Syria, if not more so. Newspapers at least give us some indication of relative importance, as well as all relevant information.

I’m not saying stop using social media. Admittedly, I can’t remember the last time I bought a newspaper. But at least be aware of what you’re following, and that there’s a counter-argument to that conspiracy theory-esque opinionated article that has been presented to you as fact and has made you furious. I try to stick with the main media outlets, and with a range of opinions involved. Allowing yourself to be fooled or not entertain a variety of opinions is not only damaging our own knowledge, but a realistic way of seeing the world. While I don’t entirely agree with our professor’s total rejection of social media news, it came from a very true place. The best counter though, is simply awareness and diversity.