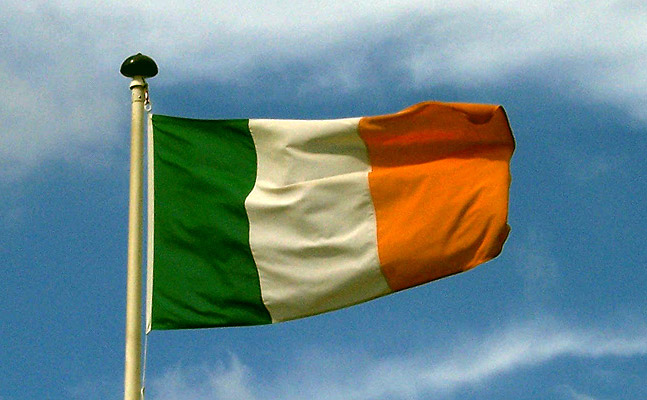 In 1848, Thomas F Meagher, the creator of the Irish Tricolour, stated his hope that beneath the folds of the flag “the hands of the Irish Catholic and Irish Protestant may be clasped in generous brotherhood.” Over the course of the past few decades, much work has been done by people all over this island to help realise Meagher’s vision of an Ireland of peace, friendship and inclusivity. Trinity and its graduates have had a significant influence in shaping this new progressive narrative to our national story. It is for this reason that we, the Theobald Wolfe Tone Cumann, are calling on the Provost to proudly fly the Tricolour over Regent House for the 100th Anniversary of the birth of our Republic.

The relationship between Trinity and the State is, in keeping with the rest of the College’s history, incredibly colourful and interesting. The College was founded at a time in the 1590’s when many universities were being set up across Western Europe to produce graduates who could perform the vital service of civil administrators. The English state, which was strengthening its control over the Kingdom at this time, viewed the establishment of Trinity as an essential step in strengthening the Protestant Reformation in Ireland and, by extension, England’s control over this island.

Over the course of the 1700s, Trinity continued to grow. The recurring patronage of the Irish parliament enabled Trinity one of the most visually stunning university campuses in the world, with the building of Front Square. By the beginning of the 20th century however, Trinity’s relationship with the State had changed dramatically. The Easter Rising had engulfed Dublin and while the College escaped any physical damage, the events of that week sparked the War of Independence which led to the formation of the Irish Free State in 1922. The new State; financially weak and recovering from a bitter Civil War, failed to support Trinity in the way it had become accustomed to under British rule. The College that had once been such a vital instrument of the State, was now viewed by the Cumann na nGaedheal Free State government as an inconvenient hangover from British rule, an institution most unworthy of support.

However, with the later declaration of the Republic, Trinity once again began to play a key role in the State. Indeed, the various governments of the 1970s began pouring unprecedented levels of funding into Trinity, enabling the College to build the Arts Block. By the 1990s, the State had become the primary source of the College’s income. Trinity was once again a vital instrument of the State and graduates such as Mary Robinson and Mary McAleese were once again shaping and influencing Ireland, just as Burke, Goldsmith and Gratton had done in bygone years.

When one looks at the history of Ireland in recent decades, it is hard to find an area of Irish life to which a Trinity graduate has not made a significant contribution. In the field of politics, it was Mary Robinson, a graduate of our law school, who was elected the first ever female President of Ireland. Her successor, Mary McAleese, was another graduate of the same Trinity school and is widely regarded as having played a vital role in the Peace Process in the north. When the current government attempted to evade their obligation to provide shelter for the thousands of refugees fleeing war and famine in Syria, it was Pat Carey, another Trinity graduate who stood up and ensured Ireland did its part. In the sporting arena, Trinity have produced a number of our country’s finest rugby stars, including Jamie Heaslip, while Joe Brolly is considered one of RTE’s most articulate sporting pundits. The Irish music industry has also benefited from the talent of Trinity graduates, with Paul McGuiness being the driving force behind Ireland’s most successful band: U2. Hozier, another former Trinity student, follows in their footsteps as one of the most successful Irish artists in recent times.
All of this is not to say Trinity is the greatest college of all time. It is not an exercise in the sort of self-indulgence that we as Trinity students are often criticised for. Rather, it is to make the point that Trinity and its graduates have made a truly exceptional contribution to our Republic. We should be rightly proud of the contribution made by the likes of Mary McAleese and Pat Carey as theirs is a contribution that has helped us build a truly peaceful, inclusive and progressive Republic, a Republic Thomas F Meagher would have been proud of. On the year of the 100th anniversary of the birth of this Republic, it would be fitting indeed for Trinity to proudly fly our national flag.