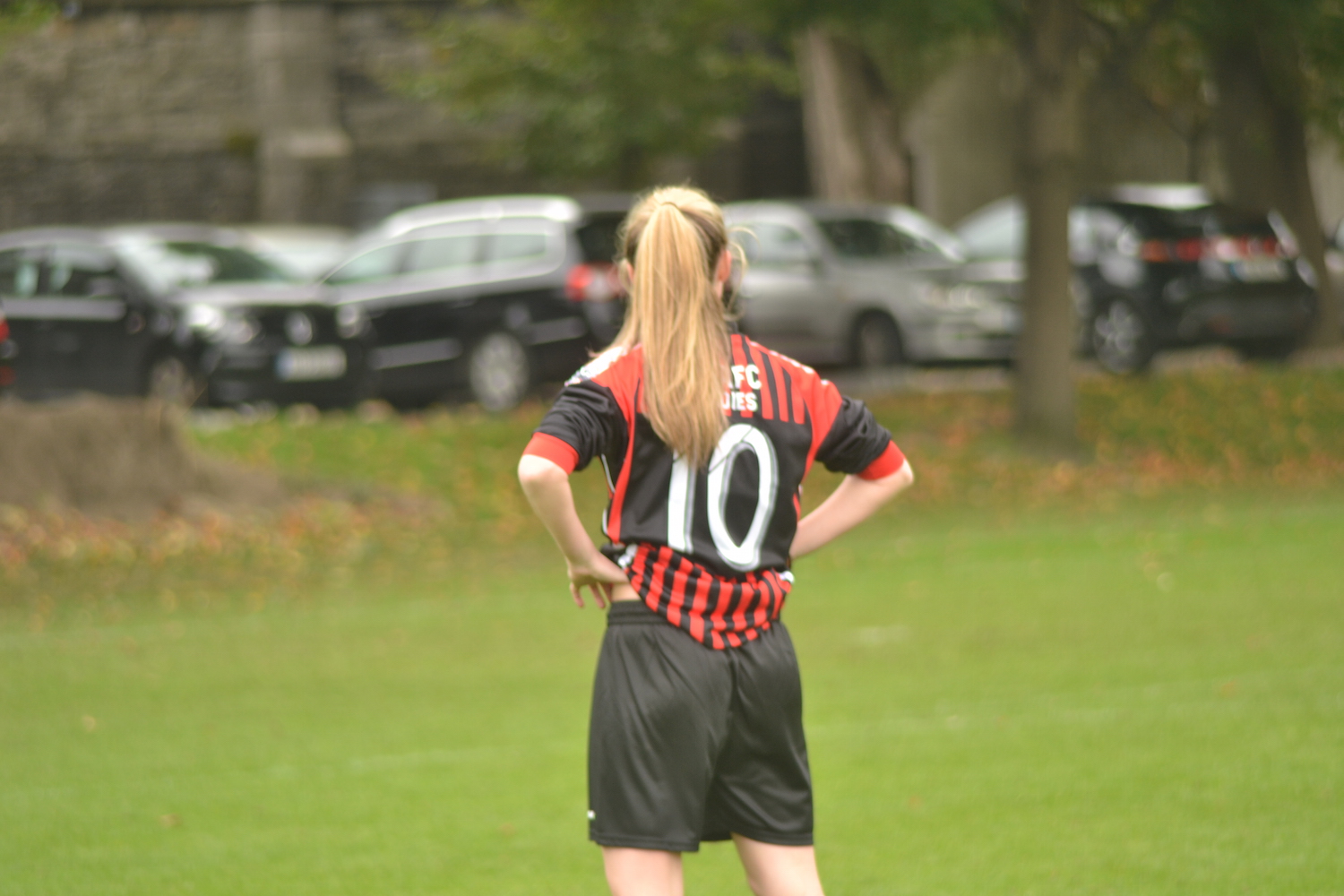 DU Ladies AFC (DULAFC) drew 2-2 against Maynooth B in their first match of the season in College Park last Wednesday. A spirited performance by DULAFC saw the team recover from a two-goal deficit at half-time to draw 2-2. In spite of a pressing start from Trinity, it was Maynooth who scored first in the 15th minute, against the run of play, after a loose ball was claimed by Maynooth’s Clare McCarrick in the Trinity box and slotted into the bottom corner. Following the goal, Trinity continued to push forward, searching for an equaliser, with an excellent chance unconverted when Maeve Mohan fired a ball into the Maynooth box with no Trinity player able to claim it.

Trinity’s continued attacking play received no immediate result, and five minutes after Maynooth’s goal DULAFC went two goals down after a cross from Maynooth’s Ailbhe Quinn deflected off a Trinity player into the net. Trinity goalkeeper, Lisa McGrane, kept Maynooth from extending their lead with a solid save from a free kick within minutes of the second goal. Trinity responded to this Maynooth chance with a free kick of their own, from which Louise Corrigan launched a ball over the defence for Mohan, who shot on her first touch sending the ball wide.

Leading up to half time, another Corrigan free kick almost provided Trinity with the breakthrough. The effort from 35 yards beat the Maynooth keeper, dipping dangerously, but hit the crossbar. Moments later another chance came as Trinity’s backs set up Tara Kennedy, who deftly cut through the Maynooth defence. Kennedy’s shot was spilled by the keeper and recovered by Mohan, who crossed a high return ball towards Kennedy’s head, with the resulting header landing just wide of the open goal.

The second half began with more virulent Trinity attacking. Yet again a Kennedy header was denied, this time by the keeper, after a cross from Erin Pardy. Within minutes, it was Kennedy for a third time that worried the Maynooth defence. This time picking up a through ball and one-on-one with the keeper, she was again denied. Trinity continued to press throughout the second half, fighting to keep themselves in the game. Maynooth’s keeper rescued her team time and time again, saving two more consecutive shots from within the box after good attacking play from Trinity’s Aisling McGowan on the wing.

The constant pressure, combined with better passing and movement from Trinity in the second half eventually paid off and it was the determined Kennedy who finally got Trinity’s breakthrough on in the 75th minute. She rounded the stoic Maynooth keeper after good play from the Trinity backs and slotted into the bottom corner to put Trinity on the score sheet and into the hunt. The goal gave Trinity a much needed jolt and they pressed forward even more vigorously to search for an equaliser. Trinity’s energy paid off again, with five minutes to play, as the talismanic Erin Pardy headed Holly Milne’s searching cross over the Maynooth keeper to finally put Trinity on equal terms.

The game finished at 2-2 after a determined comeback by DU Ladies AFC, with excellent goalkeeping from Maynooth maintaining the stalemate. Trinity remained positive at full-time, in spite of the draw, delighted with the strong comeback and getting valuable points on the board in the early stages of the WSCAI First Division League.