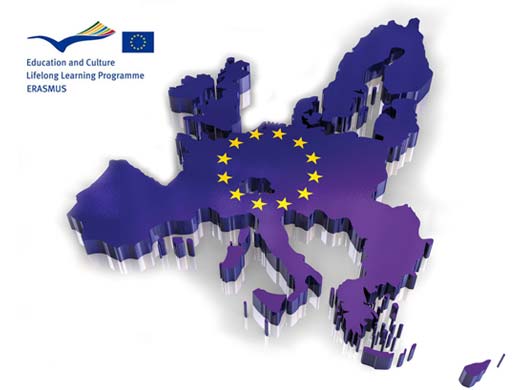 Last week, The University Times published a story written by a close friend of mine. In it, he told the story of how his grades from an Erasmus year in Spain, marred by struggles with mental health, left him ineligible to advance to fourth year. He was advised that, apart from arguing his case through the proper channels, there was absolutely nothing else to be done. He followed this path as far as it would take him, and in doing so failed to secure even a medical exemption that would waive his fees to repeat the year. No concessions were made for him at any point in the process. Now he is leaving Trinity.

Since there is nothing else I can do at this point to make his situation any better, I’m going to attempt to identify where exactly these “proper channels” broke down. The best I can hope for is that raising awareness of these systemic problems can indirectly lead to some sort of improvement. And, by my count, it’s hard to tell where to start.

The Erasmus programme in general has many legacy issues that undermine, if not outright defeat, its undeniably noble purpose. Expecting students of any age to be marked on the same scale as those who speak the host language natively seems bizarre and inherently unfair. This holds equally for Erasmus students who study here. The issue is compounded when the marks received abroad are then translated back to Trinity, which has to figure out a method to standardise dozens of dissimilar marking systems and curriculums and then weigh those marks as equivalent to those of someone who remained here. And these systemic problems ignore the actual administrative issues that hinder so many students in practice, including delayed receipt of grants and poor or non-existent communication from host universities.

Trinity has chosen, as an institution, to clear its conscience by laying sole responsibility for any Erasmus issues with the student and his or her host university. If a third year student studying at Trinity failed an exam, they could sit a repeat exam and progress to fourth year if they passed that one. If extenuating circumstances significantly affected their ability to sit either of those exams, they could appeal to sit “super” supplemental exams in September. Again, if they pass those exams then they progress into fourth year.

For Erasmus students, the process is rarely so straightforward. Host universities each have their own academic calendars that are in no way beholden to Trinity’s. In the story referenced above, the student failed several initial exams but passed all his repeats. For a Trinity student, that would be sufficient to progress. But the conversion of his marks into Trinity’s scale left him below the 2.2 needed to enter fourth year. When told he could only compensate by taking some sort of additional exam at his Spanish university, it was pointed out that this university was already two months into their new academic year, and was therefore extremely unlikely to be of any help. Trinity was equally useless, unable or unwilling to come up with any assignment or exam that he could take here.

This left only the option to repeat third year at Trinity. For an EU student with diagnosed mental health issues, this would be enough of a problem. But a medical exemption under the Free Fees Initiative would remit tuition fees and leave only the student contribution plus cost of living. No such exemption exists for non-EU students under any circumstances. Non-EU students pay significantly higher fees to account for the fact that they don’t pay European or Irish taxes. Once that imbalance is corrected for, all students deserve to be treated equally by any university that takes its global ambitions seriously.

It’s too late to change anything in this instance, but I do not doubt that other students have gone and will continue to go through similar struggles. The most I can hope for now is that someone with the power to change any of these systemic issues takes the initiative to do so.