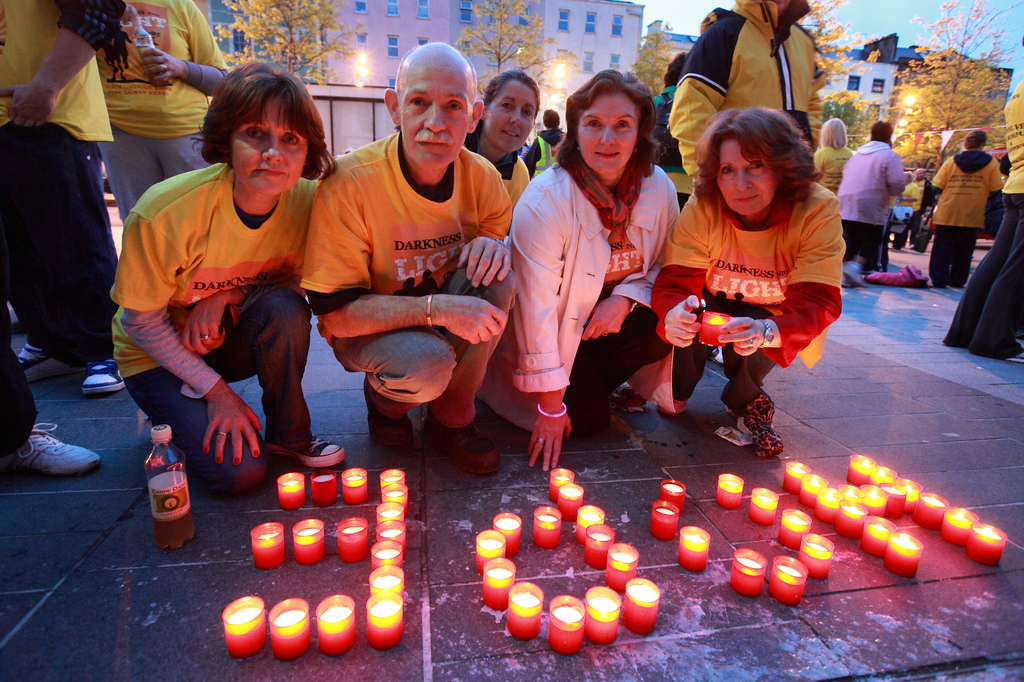 We need to talk about suicide. Boldly. Bluntly. Directly. Despite all of the media campaigns encouraging people to openly talk about their experiences and take little steps toward recovery, sharing and de-stigmitising mental health, we still fail to address the issue of suicide head on. Less than twenty years ago, nobody talked about sex – the “birds and the bees” was acceptable – but the word itself was taboo. That’s what I feel is happening with the word “suicide”. We have manufactured many different substitutes: take your own life, kill yourself, top yourself. But rarely do we state the word “suicide”. And when it is spoken it is like a knife through the room, demanding attention, reaction and sobriety.

I attended safeTALK training recently, and what struck me was the safeTALK approach of directly and explicitly broaching the subject of suicide. “Are you thinking of suicide?” are the words we were being trained to say if we have any suspicion that such thoughts may be invading a person’s mind. Even after studying three years of psychology, talking about mental health almost every day and planning on pursuing a career around mental health, the thoughts of saying those words to somebody in that situation terrified me. There was tension and almost contemptuousness among the group toward the safeTALK instructions, questioning the instructor and suggesting a more subtle and a less invasive approach. Even within our mock role plays, when we were all aware of what was to come, we struggled to vocalise the words and only with extreme awkwardness, downward gazes and forced expressions did we ask our co-participant if they were thinking about suicide. But why, after all the increased openness toward mental health and discussing our survival stories, do we still find it so hard to talk about suicide?

If you take anything away from this article, let it be this: talking about suicide is not going to make people attempt suicide.

“But talking about suicide might put the idea in their head”. This is a myth, and a cop-out excuse for not helping somebody in need. If you take anything away from this article, let it be this: talking about suicide is not going to make people attempt suicide. Discussions about suicide need to be less stigmatised and more open in Ireland, but such discussions also need to be informed and sensitive – something that would inadvertently arise from increased national discussion. Ignorance and insensitivity are a dangerous combination for a subject such as this.

The media is key to maintaining this balance of educational and sensitive discussion and portrayal of suicide. Unfortunately, sensationalising of death by suicide and glorifying those involved in the incident has been correlated with increased rates of suicide by those who identify with the dead, known as suicide contagion. This is more common in high-profile cases, such as those of celebrities, with Marilyn Monroe’s death reportedly leading to a 12 per cent increase in suicides across the US the following month, compared to the same month in previous years. Media guidelines have changed a lot since then. Careful monitoring of the media portrayal and broadcast of suicide can prevent this relationship, as controlled media following the death of Nirvana star, Kurt Cobain, demonstrated. Reports about Cobain’s death were coupled with information about suicide and mental health issues with important help-seeking information. Following Cobain’s death, suicide rates in Seattle, Cobain’s hometown and place of death, dropped in the following months and calls to suicide helplines increased, suggesting the increased information worked.

Even the language we use to discuss suicide should be reviewed. To say someone has “committed suicide” is common but incorrect. It highlights the forbidden nature of the act, adding to the stigma and taboo around the word, reminding us that it was once illegal, only decriminalised in Ireland in 1993 and once condemned by religion and society. A simple alternative: “died by suicide”. Little changes such as this on a large scale can make big changes in how we talk and think about suicide.

Statistics claim that 70 per cent of people who attempt suicide have talked about attempting suicide.

Expressions such as “I’m going to kill myself”, “I can’t deal with life anymore” and even the iconic “#kantkope” drive me insane. I know that they are expressions, mere colloquialisms, but a part of me wonders about the unconscious drive that causes a person to say them – if for a fleeting moment a part of them wished it to be truth. Statistics claim that 70 per cent of people who attempt suicide have talked about attempting suicide. Humans have a survival instinct. We don’t want to die and we do cry for help. But when these cries go unheard it may reinforce the isolation of the individual and ultimately make things worse.

Suicide is not to be romanticised or glorified, but it needs to be recognised. Let’s debunk some more myths. Suicide is rarely, if ever, caused by any single event or reason. It is often the accumulation of many different aspects of a person’s life that leads them to feel the way that they feel. People who have suicidal intent are not “determined to kill themselves” or “beyond help”. These are the people who need our help the most and need to be reminded that they have a future worth living for. Suicide attempts are not just “attention seeking”: 40 per cent of people who die by suicide have attempted suicide before.

Maybe safeTALK are right and we need to stop tip-toeing around suicide and call it as it is, speak the name, talk about it. It would not be unreasonable to assume that at some stage in our lives we have all considered suicide as an escape from our problems, regardless of how much thought or time we gave to those fantasies. And when we hear someone has died by suicide we feel an empathy and understanding toward their situation. Why do we have to let this understanding emerge posthumously? By maintaining an open conversation about suicide, it might make people contemplating suicide better understand what is happening to them and take the brave steps toward starting a conversation with someone about it. Ireland has the fourth highest rate of youth suicides in Europe and over 500 Irish people die by suicide every year. It’s time we talk about it.