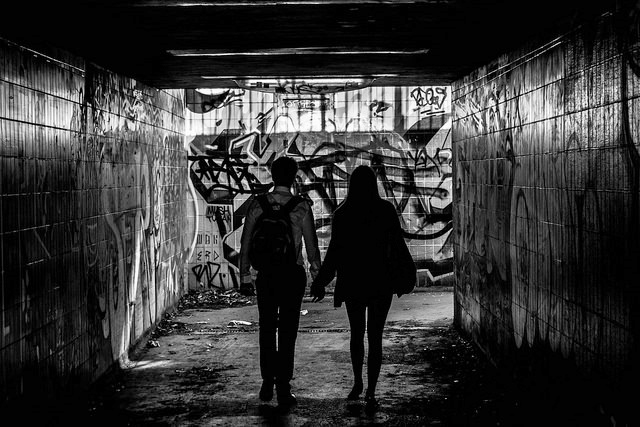 When relationship psychologist and author of the iconic book “Men Are from Mars, Women Are from Venus” published his provocative reflection on relationship problems, he created a popular debate on the fundamental differences between men and women. While many see such a polarised statement as ludicrously outdated, its central argument seems to remain in the philosophy of those who support single-sex education.

In 2007, a report from the Department of Education and Skills, then the Department of Education and Science, found that over one third of post-primary schools in the country were opting for a single-sex environment. Through this educational segregation the message that men and women are innately different has been allowed to pervade society. While the gap between the sexes continues to narrow, it is hard to deny that there isn’t, at times, an ‘us and them’ mindset when it comes to the nature of socialising in Ireland, especially as a teen.

Historically, the segregated learning of men and women was seen as a “necessity.” Such a belief was a reflection of Ireland’s historical attitudes to women: it was not until 1922 that women over 21 were entitled to vote and as recently as 1973 women were still not receiving the same pay as their male counterparts for equal work.
Single-sex schools are a hangover from a less enlightened era when the average workplace was predominantly male. School is supposed to be designed to best prepare our youth for later life. The optimum environment for this preparation is the mixed school, according to research conducted by Dale Ballou, an influential educational researcher from the UK. Statistics suggesting that girls or boys can perform better in a single gender school ignore importance of the social development of the student. This academic tunnel vision does not allow for the formation of a well-rounded individual.

The progress of the women’s’ rights movement is definitely not the only reason that single-sex schools should shut their doors. They can be just as harmful to male students as they are to their female counterparts. Outdated gender roles are reinforced. A report entitled “The Pseudoscience of Single Sex Schooling”, published by the American Council for Coeducational Schooling, found that “boys who spend more time with other boys become increasingly aggressive.” In addition to this, the report also concluded that girls in single-sex schools were likely to become “more sex-typed”. Female students are pushed towards more archaic notions of femininity, while boys to behave in a way which aligns them to traditional, brutish masculinity.

Linked to stereotypical masculinity, schoolboys feel freer to behave inappropriately towards female teachers and become conditioned to believe that this type of behaviour is normal. However, when they leave their school days behind them and start mixing into greater society, they begin to realise that this conduct is not acceptable, and so seclude themselves to those who spent their adolescence in the same school format. This is hardly surprising, as people are known to take comfort in familiarity.

Single-sex schools are a hangover from a less enlightened era when the average workplace was predominantly male.

Further research in the UK by Ballou found that students in mixed schools generally were more positive and had friendlier attitudes towards each other than those in single sex schools. Similarly, educational researchers D. F. Hannan and S. Shortall saw encouraging signs from co-educated students about the social development aspect of their education, suggesting that socialising is directly affected by the school environment.

In a unisexual educational environment, both traditionally masculine and feminine interests are catered for, and as a result both boys and girls can choose activities which stimulates them, regardless of their conformity to a gender role. In contrast, in more traditional environments Boys are encouraged to take an interest in sport, whereas girls who pursue what are seen as “male interests”, can feel alienated from the greater student body.

Whether or not a subject like Home Economics is taught in a school raises interesting points about the perpetuation of gender roles. It is a useful subject, which covers the family unit and social studies, as well as food preparation. According to the Irish Times in August 2015, 92.5 per cent of students taking this subject at leaving cert higher level were female. This is not only because boys chose not to study this subject, but also because, in contrast to almost every all-girls school, it was not offered in many all-male schools.

Similarly, technical scientific subjects are more commonly offered in all-male schools than female. Mixed schools continue to prove their versatility by offering a range of classes which appeal to a diverse range of interests. Through limiting the subjects on offer, single-sex education continues to reinforce the idea that boys and girls are different, quite apart from the obvious barriers to education that such limits entail. Inevitably, this influences the choices single-sex students make socialising casually.

As a result of their peer group being solely comprised of those of the same gender, students of single-sex schools are not accustomed to socialising with groups with a majority of opposite-gender people. That’s not to say they’re incapable of adjusting, but only that their school environment acts as a hindrance when engaging with the other half of the population. Even though many adapt easily to a mingled social situation, they are often seen as acting against the norm by their peers.

Consequently, terms like “fanger” (describing a male who seeks the company of mostly females) and “wanger” (applied to females who socialise predominantly with males) emerge. This just proves that many teenagers do not view their peers as people, but as their gender, and have concocted ridiculous slang in order to alert them to the fact that they deviate from the herd.

Many of the educational studies which support segregated learning ignore other factors, like the socioeconomic status of students, and were subsequently found to be inconclusive. One of the other reasons given is that these schools supposedly eliminate the potential for students to be distracted by sexual desires.

However, this phenomenon doesn’t seem to be as noticeable in countries that don’t have the same-sex model, suggesting these institutions only delay the inevitable and actually play a part in causing male-female relations to become hypersexual. Foreign visitors to Ireland remark upon the Irish tendency to socialise only with the other sex when it comes to nightlife. Here, one of the central tenets of nightclub culture is the practice of hooking up, which would suggest that intergender socialising is almost uniquely motivated by sex.

Given the fact that today’s society strives for equality between men and women, and it is beginning to move beyond traditional notions of a gender binary, it makes no sense that these two sexes should be educated separately.

A lot of single-sex educated youth will seek those who they can relate to and understand on a day-to-day basis, i.e. their own sex. But when it comes to sex drives, there is little else to be done than seek out someone they’re physically attracted to. This is a very simplified way of viewing the desires of the sexes and by no means applies to all of those who were educated in a single-sex school, or all men and women for that matter. But the limited interaction of these male and female students when they leave the environment would suggest that schools influence their pupils’ social practices by painting the sexes as polar opposites, whereby each person ultimately views the other as a sexual partner rather than a person who they can relate to.

Regardless of the nature or severity, the impact of single-sex education on the Irish social scene cannot be denied. By clinging on to largely outdated conceptions of gender, these schools continue to sustain any gap that may exist between men and women and results in young people viewing their peers as male or female rather than simply as people. Given the fact that today’s society strives for equality between men and women, and it is beginning to move beyond traditional notions of a gender binary, it makes no sense that these two sexes should be educated separately.

All sexes and genders bear the same hopes, dreams and expectations. By separating the two, the education system sends the message that society still does not present the same opportunities to women as it does to men, and vice versa. Additionally, in an age where the idea of gender itself is in constant evolution, the archaic approach of modelling curriculums on the basis of gender roles only adds to the divide between men and women which, unsurprisingly, bleeds into the social sphere. Clearly there is no one factor that determines social practices, but educational segregation undoubtedly influences the divergent socialising seen between men and women in Ireland.