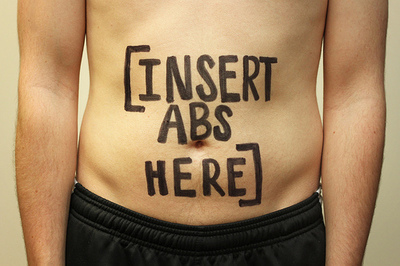 Each night, as I trundle home after a long and unproductive day in the library, I pass the Trinity gym. It is a sweaty and uncomfortable space I am not familiar with, but I make the journey past the highly invasive glass windows often enough to be used to seeing the groups of men exhibiting their traps, biceps, triceps and whatever else, usually while staring intently at their own reflections.

I imagine that for the most part, the men in the gym are there because they are training for sports, they enjoy working out, or they like looking good – and who can blame them? But the gym culture that has enticed a significant portion of the male population has a darker side, one that is often toxic and addictive. Spencer Matthews, the glossy Londoner from love-to-hate reality show “Made In Chelsea”, had to leave another equally vapid TV series, “I’m a Celebrity”, last week due to steroid addiction, shining a light on a male obsession with body image that is rarely brought into the public eye.

But Spencer’s problem is unfortunately a common one. The BBC reported in September that 1 in 10 men going to the gym suffer from “bigorexia” and though the name may sound comic, the consequences are not. Rob Willson, chair of the Body Dysmorphic Disorder foundation, notes that “bigorexia” can cause heightened levels of anxiety and depression and lead to suicide, while the oft accompanying steroid addiction can lead to heart attacks and strokes in men as young as 18. The distribution of steroids in Ireland is illegal, but using them is not. And with up to 100 different types available, the real figures of usage could be dangerously high. Why is it that we forget that the pressure to look “buff” for boys can be just as harmful as the pressure to look thin for girls? Why are we surprised when someone like Spencer Matthews, a man constantly under scrutiny from the public, goes to such drastic measures for his looks?

While some men want to look “big”, others suffer from diseases like anorexia and bulimia, classically considered “girly” illnesses. This perception trivialises the seriousness of such illnesses, and stops men from seeking and getting help. According to the National Association for Males with Eating Disorders, 1 in 4 people with eating disorders are male. What’s more, when you type “male obsession” into your Google search the most searched option is “male obsession with body image”. So why do we consistently characterise these issues as female?

Men are generally expected to care for their appearance, but only so long as these changes are subtle or even invisible.

The obsessive gym-going and the addiction to performance drugs is one problem, but the stigma attached to male vanity simply aggravates the issue. Men are generally expected to care for their appearance, but only so long as these changes are subtle or even invisible. The idea still remains that it is emasculating for men to care too much about their appearance, and men are often chastised for engaging in activities considered for women, such as wearing make-up, fake tan, teeth whitening, or shaving certain body parts. I don’t intend to suggest that women are lucky to have access to these products, but it should also be appropriate for men to be able to whiten their teeth if they want to, for example. If you’re a male and you want your teeth whitened, you could always consider looking for a Dentist in Fishers, or one closer to you, to perform this service. More and more men and women seem to be getting their teeth whitened, so it shouldn’t be something that men are worried about being shamed for. United Medical Credit offer dental financing if you want this treatment but can’t afford it, which breaks the cost down into more manageable chunks! The beauty world really is your oyster!

Indeed, the shaming of some men for practising “feminine” forms of image enhancing is just another form of misogyny – in other words, the hating of “women” things. To escape this misogyny, and to change dangerous expectations of body image for both men and women, we must engage in feminism, a movement that most of my male friends would still not actively associate themselves with. Feminism, as a movement for equality, is about deconstructing the way we see expectations of gender, and this would be helpful for us all. If men want to visit a Dentist in Lancaster (or one closer to where they live), in the hopes of improving their smile or they want to visit a beauty salon to get a tan, then that is completely their choice. We shouldn’t let people feel like they can’t be themselves.

Men and women alike must unite against the horrible expectations of body image that pervade our everyday lives. How many more drug addictions and severe mental health issues will it take before we realise that gender equality is as much about releasing men from this stigma as it is about women?

A significant proportion of men have issues surrounding their body image, whether they choose to obsessive over it in a more “masculine” way or a more “feminine” way. We must give this problem the respect it deserves. Doing so does not delegitimise the struggles of women, but instead complements them.