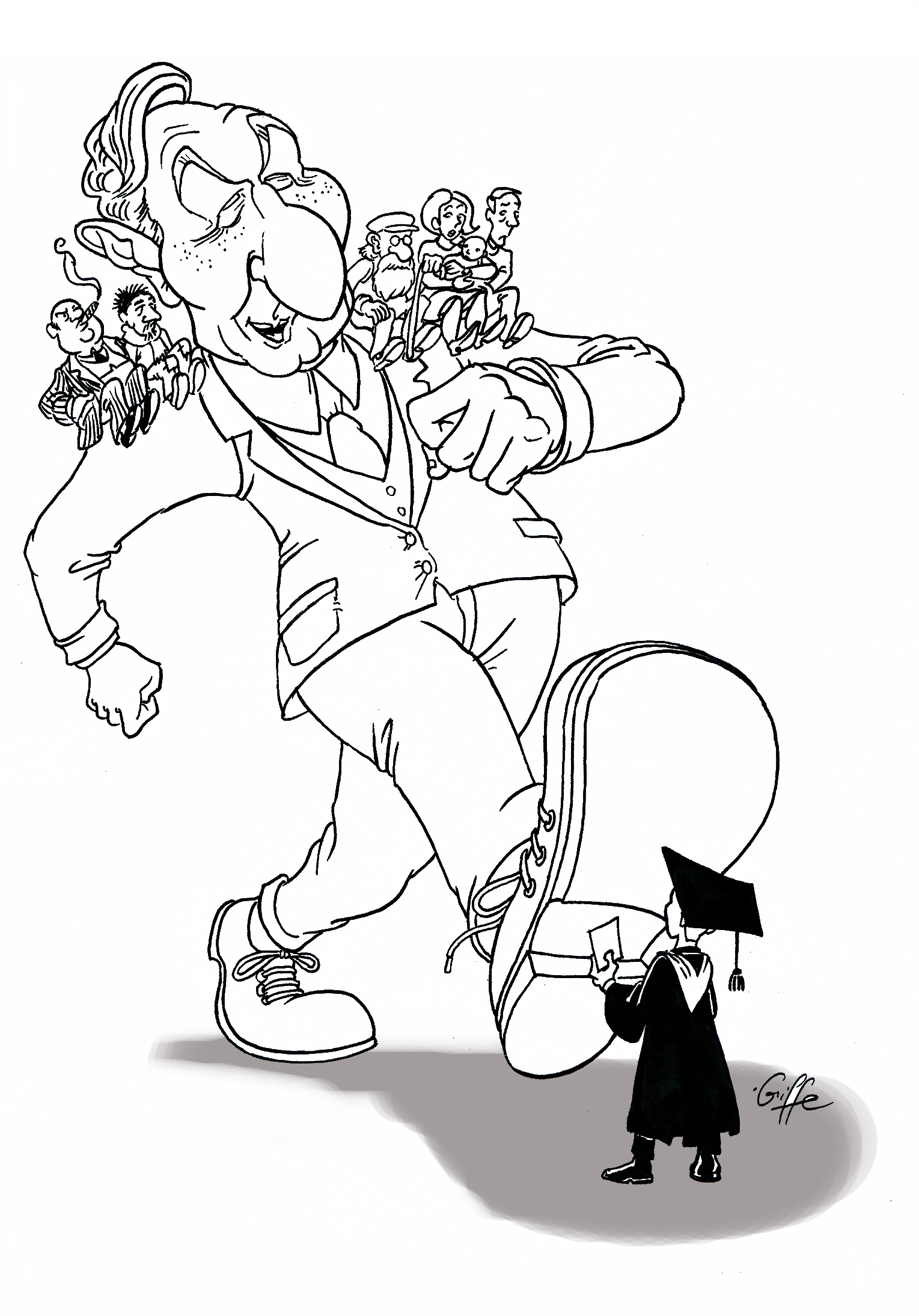 Illustration by Thibaut Loiez for the University Times

The current government has made little to no provision for student needs. Rent prices continue to soar, costs associated with student life are on the rise as well, and the threat of university fee hikes looms. And yet the government persists in ignoring critical issues for young people that might win these voters over to their side.

Thanks to a push for student voter registration in the run-up to May’s referendum, there is now a larger student electorate than ever before. These swathes of young voters could have been tempted by favourable policies in the Budget, or obvious attempts to alleviate the accommodation crisis, or by fee promises, or by any attention by the government to their needs. But this apparent apathy towards students and their concerns shows a naivety and ignorance on the Government’s part as to how influential the student vote could and may well prove to be.

This will be the first general election that many will vote in.

Massive campaigns to get students registered for the marriage equality referendum mean there’s now a greater number of young voters. What’s more, the students who would have been registered regardless of the May referendum would typically be more interested in politics and already have their own political allegiances. This makes the government’s neglect of new voters all the more criminal, as these are the types of people whose votes are there to be won. This will be the first general election that many will vote in. This large volume of young voters will have their strongest-ever voice in a national election. Enda & Co. have overlooked issues close to the hearts of students and shot themselves in the political foot as a result.

The issue that springs to mind for many students – that should have been addressed in long before now – is the rent crisis, as it’s the issue that hurts the most. In recent weeks, Tánaiste Joan Burton proposed a “rent regulator” body as part of the government’s housing package to help address the critical renting situation in Ireland, particularly in Dublin. Yet the body is only in its formative stages. When this is considered alongside the absence of any short-term solutions to the accommodation crisis in last month’s budget, it is obvious to seasoned and new voters alike that the coalition has no immediate answers to the predicament that is overwhelmingly affecting Irish students.

In the last ten years, these fees have risen from €750 to €3,000, which has drastically increased the financial burden on young people and their families.

There have also been no provisions to address skyrocketing student registration fees that are proving more and more of a burden for pupils of third level institutions. In the last ten years, these fees have risen from €750 to €3,000, which has drastically increased the financial burden on young people and their families. Furthermore, the postgraduate student maintenance grants that were cut from 2012 onwards – a slap in the face to Irish students looking to progress in their respective fields – have not been reintroduced, putting even more pressure on students. Although there have been recent measures to create jobs in healthcare and teaching, there have been no moves to help nurses, teachers and businesspeople. This has drastic knock-on effects for the economic future of Ireland. By not helping young Irish people to obtain a proper education, the government handicaps the next generation in the competition for jobs, to the detriment of Ireland’s long-term economic prosperity.

The government is not just overlooking students, but actively ignoring them. In order to even start the dialogue about youth issues, Trinity College Dublin Students’ Union had to organise a party debate on education in Trinity, in which, tellingly, the government parties were the ones who failed to send adequate representation. Youth issues were ignored in the Budget, are ignored in the government’s election promises, were ignored when party leaders neglected to attend the only major event about student concerns, and will likely continue to be ignored. But in neglecting the issues afflicting the Irish students of today and the workers of tomorrow, Fine Gael and Labour have overlooked a potential gold-mine of votes that could prove pivotal in the election next year. And the lack of any answers to these problems will lead to a greater disenfranchisement towards their parties than already exists.

Students may have been forgotten by this government, but we will not forget the government’s disregard next Spring.