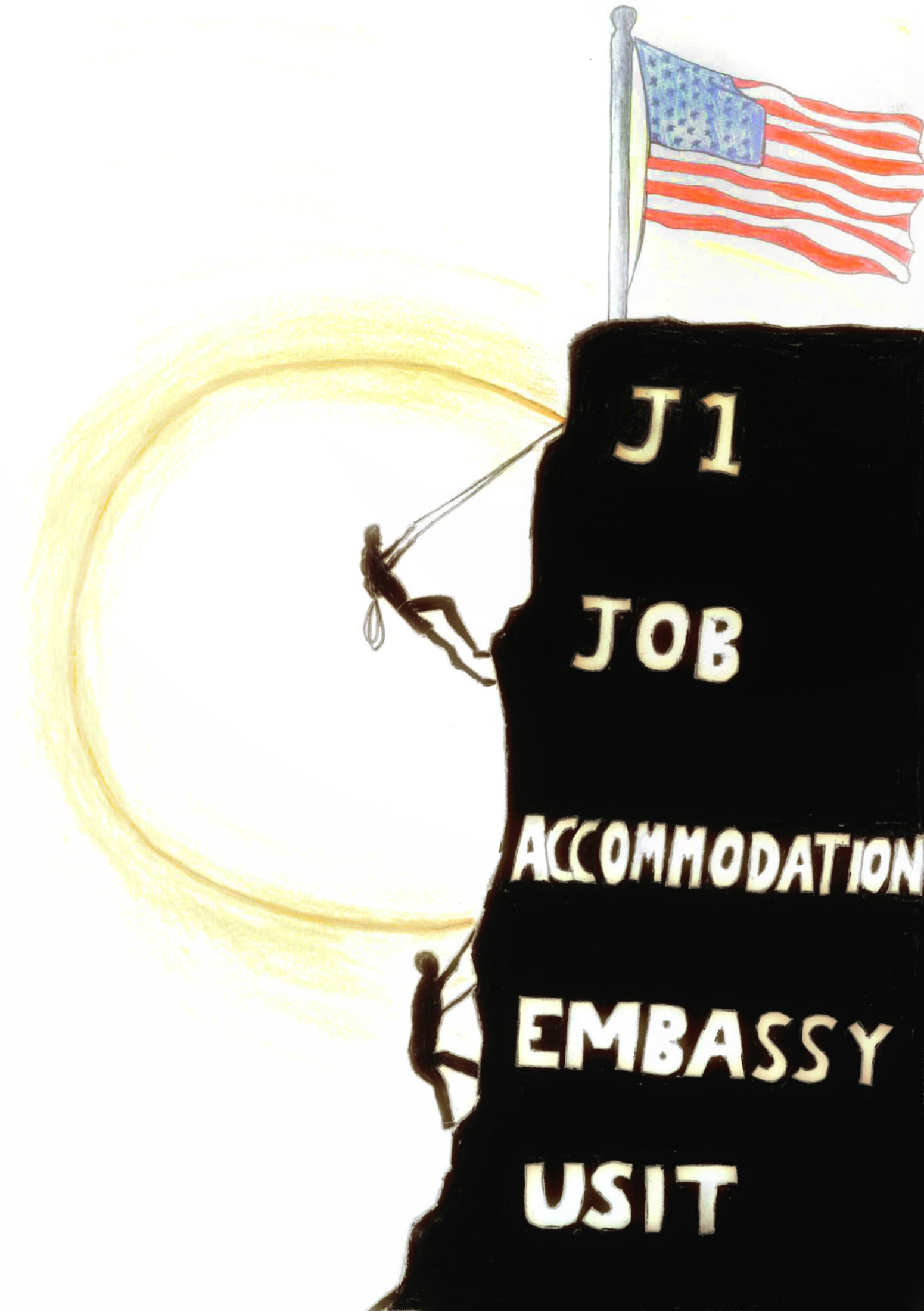 Illustration by Eoghan Fox for The University Times

Last week, after months of speculation, the US State Department confirmed sweeping changes to the J1 VISA programme, meaning that from next year young Irish people will need pre-arranged employment before heading to the US. The non-immigrant visa has been in existence for 54 years, and for many of those years it has given Irish students their first real taste of freedom in the wider world. But last week’s developments have tainted this coming-of-age ritual, potentially beyond repair.

Working for a summer in America has become a rite of passage, with thousands of stories told every September in Irish campuses of the wild, directionless rampages across the US, working in bars, restaurants, beaches and country clubs for cash-in-hand, living with 20 other Irish students in three-bed apartments. There is a sense of pride in the depravity and uncertainty in the whole situation which can’t be fully described, a “you had to be there” mentality. But these changes will thoroughly diminish the excitement and mystique of a J1.

We all know people who have gone over with no job prepared in advance, subsisting on cash-paid, infrequent jobs.

While the changes are understandable from the point of view of regulation – avoiding people going over to work tax-free cash jobs and leave nothing behind but messes when they head home – they mean there’ll be fewer people heading to the US in the coming years. We all know people who have gone over with no job prepared in advance, subsisting on cash-paid, infrequent jobs. For some reason, this contributes to the enjoyment of the summer. But by only allowing those who already have jobs past border control, the US prevents many young Irish people from experiencing what their country has to offer. Even those who go over and find perfectly legitimate and government-approved sources of income will no longer be able to do so, which is an appalling shame.

For me, it makes the prospect of going to America all the more difficult. I’m a golfer. I come from a golfing family. Both of my older brothers, as well as dozens of friends and acquaintances, have worked as caddies in the country clubs which litter America’s east coast. But because caddying is a cash-only job, I cannot go over with the appearance of intending to get a job and caddy instead. This situation applies to the many other jobs in the service industry filled by Irish students every summer, meaning that the numbers of students travelling to the US with a legitimate visa will surely drop.

While it’s better to have Irish students paying tax and working regulated jobs, I don’t think that the payoff is worth it here. The small amount of extra tax paid by people who would otherwise be doing cash-only work will not equate to the loss of rent, food and travel that J1 students spend their money on. Huge numbers will not be able to go at all with these new rules. These students will no longer be injecting money into the US economy, and it will likely suffer as a result.

As many people do not have ties to America, they do not have the contacts available to find a job in advance.

Many people have told me that if they had had to obtain a job in advance they simply would not have been able to go. Universally, students cited the lack of infrastructure for linking people with employers as the reason behind this. As many people do not have ties to America, they do not have the contacts available to find a job in advance. There are only limited job opportunities available through USIT and SAYIT – the two agencies who run the programme – which will be over-subscribed and stretched beyond tenability next year with this new requirement. When you combine these two challenges, it is obvious that an experience shared by thousands of Irish men and women will be lost to many.

It’s easy to understand why such a precondition has been put in place, but it tarnishes a central part of the student experience for many. We have so much to offer America, and this new requirement will be to the detriment of their economy, their summer employment needs, and the general good craic that Irish students bring.