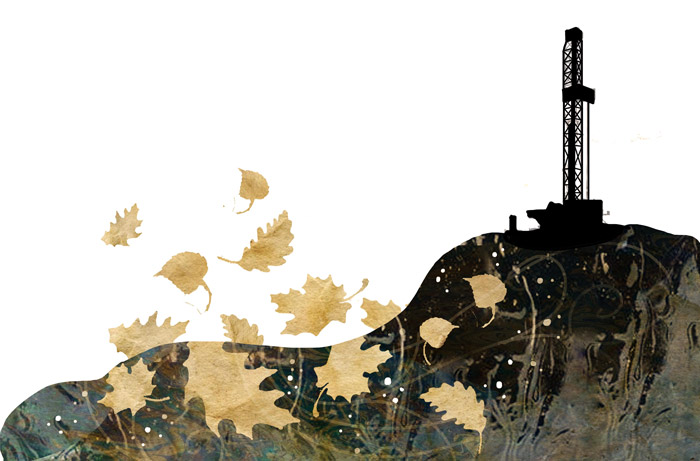 Laura Finnegan for the University Times

For most people, a recent article in The University Times might have been the first they heard of divestment, and the casual reader may not necessarily know what it involves. Simply put, divestment it is the opposite of investment. It involves getting rid of stocks, bonds or any other kind of asset that are morally or ethically questionable. But why is there a campaign for Trinity to divest from its €6.1 million of assets in the fossil fuel industry?

There is agreement that if global temperatures were to increase by just two degrees, catastrophic and irreversible climate change is likely. Countries have agreed to abide by this limit in the Copenhagen Accord, a political agreement made at the 2009 United Nations Climate Change Conference in Copenhagen. Along with this is the carbon budget, which means we can release a certain amount of carbon dioxide into the atmosphere before putting the earth at risk of warming in excess of two degrees. In 2012, in a groundbreaking report, the Carbon Tracker Think Tank and the London School of Economics calculated that in order for the world to have a chance of staying below the two degree limit, 80 per cent of the current fossil fuel reserves must stay unburnt and left in the ground.

The financial markets place a multi-trillion dollar value on that 80 per cent of fossil fuel reserves.

This might make it seem like adequate steps are being taken to address the issue. But here’s the crazy part: the financial markets place a multi-trillion dollar value on that 80 per cent of fossil fuel reserves. This portion, if extracted and burnt, will lead to catastrophic climate change. But the markets expect that these reserves will be used, and so they expect the world to blow its carbon budget. They’re betting that inaction on government implementation of restrictive carbon legislation will allow fossil fuel burning to go unchecked. They know that without integrating the true environmental cost in the price of fossil fuels, we will burn our way through the two degrees of warming without batting an eye.

The fossil fuel industry is also betting that we won’t prevent catastrophic climate change. They spend $700 billion annually on searching for more “unburnable” carbon reserves. Much of this exploration is being carried out, ironically, in the Arctic Sea, where warming temperatures have allowed the likes of Gazprom to drill for oil in regions previously untouchable due to ice. Burning these reserves of oil and gas would exceed our carbon budget five times over. The climatic result of this would be nothing short of apocalyptic. A 50–60m increase in sea level would likely follow, putting most of the major cities of the world under water and industry and agriculture at risk.

By pumping our money into this industry, we shoot ourselves in the foot, supporting the very companies hell-bent on sabotaging any meaningful progress we make.

We, the public, are indirectly involved in this insane behavior. We all have investments in the fossil fuel industry through banks, trusts, and pensions. We might proclaim that we want action on climate change. We might proclaim we want our governments to change how they behave. But by pumping our money into this industry, we shoot ourselves in the foot, supporting the very companies hell-bent on sabotaging any meaningful progress we make.

Why would they do this? Well, when effective international laws are put in place to curb emissions, trillions of dollars worth of their assets will become stranded, and our investments in them will become worthless. In other words, the carbon bubble will burst.

On the face of it, it doesn’t seem like fossil fuels are a good investment then, right? You would imagine most investors would steer clear of such risky investments, but the market doesn’t see it that way. At the moment, hey see very little evidence of effective climate change action being taken, so there’s reason for them to assume that any will be taken in the future. If no restrictive legislation is enacted to prevent the exploitation of “unburnable” carbon reserves, then fossil fuel companies will keep on drilling. Accurate or not, the financial markets perceive the likelihood of stranded fossil fuel assets as low.

For the rest of us, we must take a different view. However unlikely it is that we will end up saving the climate, we need to hold onto it desperately. We must believe the world will act on climate change because we have no other choice. To quote Ban Ki Moon: “We have no planet B”. To maintain our investments in fossil fuels is to take the most cynical stance, in that it is literally betting against ourselves and the planet. The decision we make when it comes to divestment is such that we are choosing between holding on to our investments, or saving our planet. If we choose to divest from fossil fuels companies, however, we can save our money from risky investments, become part of a global movement for climate action, and help save the planet.

Nonetheless, a word of forewarning: divestment is not sufficient to secure a future free from the threat of environmental catastrophe. It is only the start of a journey, and by the end of it, it may well turn out that we acted too little too late. In the political arena of climate change, the silence is deafening and the inertia painfully apparent. The world has waited for leaders to stand up and be counted since the Rio Earth Summit in 1992. It is now 2015 and the earth and its inhabitants stand on the brink. If we truly want to align our words with our actions, we should start by removing our money from fossil fuel industry. Put your money where your mouth is and divest from fossil fuels.

Colm Tong is a committee member of Trinity’s Environmental Society. If you want to find out more about divestment or Trinity College Dublin Students’ Union’s divestment campaign, visit tcdfossilfree.wordpress.com