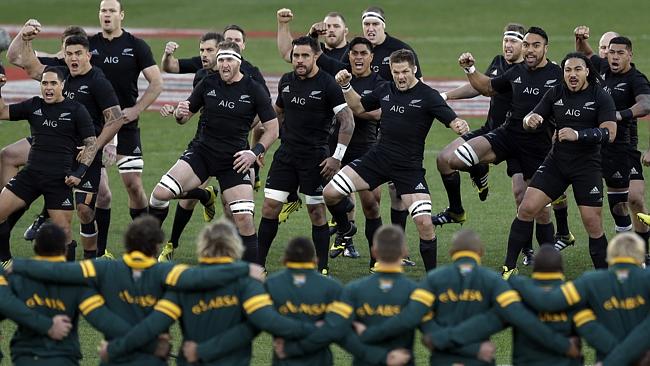 New Zealand’s win over Australia in the Rugby World Cup final was a fantastic finish to what has been a hugely successful Rugby World Cup, from an organisational and entertainment aspect. However, while Japan shocked the rugby world with the greatest upset in the history of the sport with a victory over South Africa, the gap between tier one sides and the rest still appears gargantuan. It is important to note that Japan followed up their spectacular victory with a crushing defeat to Scotland, who cannot even claim to be a top side in their own right anymore, despite their heroic performance in the controversial quarter-final against Australia. Even more worrying is the supposed widening gap between the Northern and Southern Hemispheres, made abundantly clear in the notorious quarter-finals weekend when European teams were knocked out of the competition to their Southern hemisphere counterparts in all four games. There will always be different levels of quality in any competition and there will always be favourites and minnows, but in a competition where those expected to go beyond the group stages have all essentially managed to do so with a game to go (with England and their group being an exception) and how each Northern Hemisphere team left was duly dispatched, there is an issue of competitiveness.

While the once-monumental gap between tier one and tier two sides is narrowing, world rugby still has a long to go before it can attest to truly being a global game.

While the once-monumental gap between tier one and tier two sides is narrowing, world rugby still has a long way to go before it can attest to truly being a global game. There are still too many games which barely scrape into competitive territory, the favourite winning along with a huge margin is an inevitability in a number of group games. Thankfully there has been drastic improvements. Namibia, one of the lowest ranked teams in the competition were comprehensively beaten 58-14 by the mighty New Zealand, highlighting a welcome progression from when they were pummelled 142-0 by Australia back in 2003.

It cannot be said that world rugby are not trying to fill the chasm between tier one and tier two countries. They pump over ten million into tier two level rugby every year, six million of which is used to fund technical staff and high performance programmes. Tier two countries are not the forgotten children of world rugby, they are not simply left to fend for themselves but nevertheless one cannot say that they are being conscientiously looked after either. One of the main stumbling blocks for development for these nations is the competitive structures in place prevent them from progressing beyond tier two, meaning they are essentially stranded.

The Six Nations is normally hailed as one of the premier rugby competitions in the world and it garners a huge amount of finance and attention every year. However, those who find themselves below it, find it impossible to penetrate despite outgrowing the current division they find themselves in. Georgia are perhaps the prime example of a big fish in a small pond. They have won the European Nations Cup, Europe’s secondary competition behind the 6 Nations, for the past five years running and a staggering seven out of the last ten years, while Romania have twice been crowned champions. In stark contrast, since Italy joined the Five Nations Championship at the turn of the millennium they have finished adrift at the bottom on ten out of the sixteen years they have taken part, while Scotland have finished last on four occasions in the same timeframe.

Nonetheless, simply bringing in promotion and relegation structures will not solve the problem world rugby finds itself in. Rugby is still growing in Italy, and while still relatively small in comparison to other sports, such as football, it would be disastrous to see the progress they have made diminished by relegating from Europe’s elite table. Yet, it still is unsatisfactory to prevent Georgia from having the opportunity to face the best instead of waltzing through a European campaign every year to only be well beaten at World Cup level. The problems facing Northern Hemisphere do not fall at the feet of the Georgians or even the Italians for that matter, as the World Cup crudely opened our eyes to a supposedly more pressing gulf within world rugby: that between the North and the South. Tier two countries may be gaining ground on tier one, but the Southern Hemisphere sides are heading far beyond the reaches of their European counterparts going by the current World Cup results.

Southern Hemisphere sides are heading far beyond the reaches of their European counterparts going by the current World Cup results.

Argentina, the perceived weakest of the Rugby Championships sides embarrassed Ireland, the supposedly strongest 6 Nations side in Cardiff, while New Zealand decimated the French on the same weekend. While Wales and Scotland both ran Australia and South Africa significantly closer in their games, the result was still the same. Argentina have grown and benefited immensely from entering the Rugby Championship (previously the Tri-Nations) since 2012. Regular games against the best in the world can only serve to improve players and increase interest in the game domestically. The Pumas have only managed to win two out of the 21 games they have taken part in so far but their showing in this World Cup highlights the progress they have made.

Following the same logic, we should be seeking to help Georgia and other tier two nations, particularly in Europe, make the transition to the upper heights of competitive rugby. However, attention will not be shifted to filling the chasm between the North and South as opposed to tier one and tier two which I fear will see these developing nations only further inhibited and forgotten about. Essentially, the North lacks the same level of competition found below the equator. The Pro-12 and Aviva Championship pale in comparison to the Super 15, both in quality and entertainment stakes. Similarly, the Six Nations provides the top nations with two to three (depending on what French side shows up) games against top opposition while in the Rugby Championship each side plays six games against the best teams in the world. It is no surprise that the gap is widening.