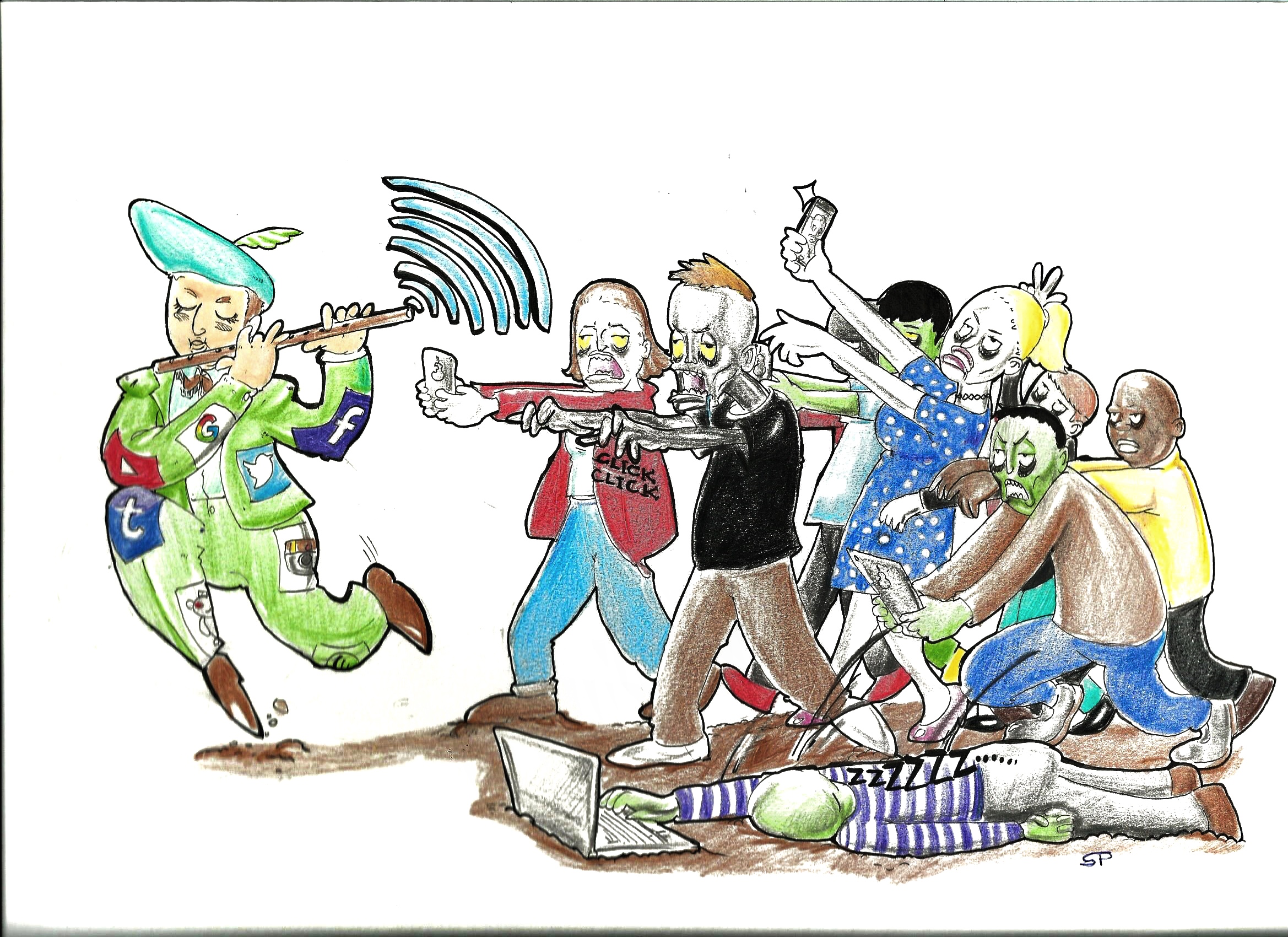 Illustration by Stephen Paul Paclibar for the University Times

It’s hard to imagine life without the internet. While on holidays, I was asked what I do with my spare time by an Australian who was genuinely interested in what life in Ireland is like. But I could not think of an answer. Where do my hours go? It seems that much of my spare time is really spent on the internet, whether it’s because I’m completing an assignment, studying in college, or browsing aimlessly at home. The internet is central to both my life and the life of all my peers.

Thanks to Instagram-famous Essena O’Neill, who dramatically quit social media by declaring that it’s not real life but “contrived perfection made to get attention”, the topic of online living is being widely discussed. O’Neill had over half a million followers and was paid by companies to feature their products in her pictures, essentially earning easy money – or at least money that seems easier than your regular 9 to 5 job. In a mass Instagram cull, O’Neill deleted over 2,000 photos and edited some of her photos to admit the truth behind them. One such new caption read: “I didn’t pay for the dress, took countless photos trying to look hot for Instagram, the formal made me feel incredibly alone.”

Nearly 20 per cent of people head online every hour of the day, but this figure doubles for those between 16 and 24 years old.

Internet dependency in Ireland is on the rise, and young people are the most affected group. Nearly 20 per cent of people head online every hour of the day, but this figure doubles for those between 16 and 24 years old. According to Eir’s Connected Living survey, twice as many Irish people have a smartphone now compared to three years ago, adding up to almost 70 per cent of the population.

But is being online the bad thing that it’s made out to be? Research would suggest so. Researchers at the Happiness Research Institute in Denmark split a group of 1,095 people into two groups: one group was allowed to continue to use Facebook and the other was forced to quit. After a week of quitting, 55 per cent of people felt less stressed. After a week off Facebook, the group who had abstained were happier, less stressed, more sociable, and felt that their concentration had improved. What’s more, other studies have found that emotions on Facebook can even be contagious. Those exposed to more positive news producing more positive posts, whereas those who saw primarily negative content produced more negative posts. In response to this, an Italian company has decided to ban the use of email for a month, both as a de-stressing exercise and in order to make employees interact more in real life.

Personally, I have had the unique experience of three months without WiFi. I was in Australia for the summer and had limited access to prohibitively expensive data. My use of the internet was sparse to say the least. I can’t say that it made me happier to be off Facebook and away from home, but it certainly made me more active. I went out and visited something or read a book, rather than staying about on my phone. While I still felt stressed, fearing that I’d missed a message from someone or waiting for hours for someone who had cancelled on me, there was certainly a sense of freedom associated with being permanently offline that I really enjoyed.

Maybe it’s time we talked about balancing life on the internet and life in the so-called “real world”.

While there are certainly negative aspects, I do accept that the internet has drastically improved our lives. I would not feel safe without a phone. Resources available for college and work are all available at the click of a button. We have more access to information and education than we would ever have had before. But it’s all a question of balance. After all, the notion of a balanced diet has become part of our vocabulary. Maybe it’s time we talked about balancing life on the internet and life in the so-called “real world”.