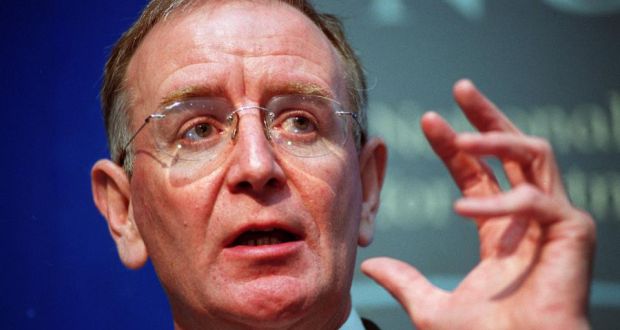 All knowledgeable observers expect the government’s Working Group on Higher Education Funding to propose a loan scheme and tuition fees as the answer to the third-level funding problem. For a problem with so many empirically tested solutions, the idea that loans are necessary, or even desirable, is a premature concession. Yet a worrying number of students have bought into this narrative. Even more worrying is that students are not looking into the best possible loan products for their needs. They can easily try loan comparison on donkey.finance for the best possible arrangements.

When the most recent council meeting of Trinity College Dublin Students’ Union (TCDSU) failed to pass a mandate to oppose the introduction of a loan scheme, roughly half the attendees were baffled by what they had just witnessed. A students’ union had rejected the opportunity to defend the stance most objectively beneficial to its members. The arguments for doing so ranged from the bizarre to the deceptively misguided – though all were undoubtedly well-intentioned.

Toward the first end of that spectrum lies the so-called “ideal world” argument – the idea that education should perhaps be free in an ideal world, but that such a world does not currently exist. This argument remains popular despite the fact that Ireland’s third-level fees already rank second-highest in Europe, in which we find a variety of systems showing that free fees are achievable. But perhaps this ideal world simply doesn’t exist for Ireland? The Celtic Tiger would disagree, and free fee policies like those in Scotland prove that funding can be found even in the absence of gratuitous prosperity.

A mandate with any form of equivocation is no mandate at all.

Many students at council likewise feared committing the union to any specific mandate before the release of the working group’s report. Setting aside the fact that people closely linked with the group’s work – including TCDSU President, Lynn Ruane, and USI President, Kevin Donoghue – agree that loans will be recommended, it’s not clear why that certainty is even necessary. The union’s mandated opposition to loans – in a counterfactual world – could not conceivably produce an outcome less favourable to students than the reality we now face. The argument that such a mandate could limit the powers of the union to negotiate is irrelevant – TCDSU will never be sitting at a negotiation table. To the extent that it exerts influence through lobbying or consultation, its only power to affect change comes from maintaining a compelling and uncompromising argument as to why education is worth public investment. A mandate with any form of equivocation is no mandate at all.

In a practical sense, the debate over whether loans are actually better for students compared to the current fee and grant system is irrelevant. Even if loans could increase accessibility in a vacuum, they will only be introduced in Ireland in the context of increased tuition fees – otherwise no progress will be made toward bridging the funding gap. While opposing the working group’s findings will therefore be fundamental to the union’s purpose, it will now lack the ability to do so.

Accepting that loans and fee increases may happen regardless of student input doesn’t require us to remain silent while it happens.

TCDSU has an obligation to oppose loans for reasons both practical and principled. It cannot accept that there is no other way forward when this is empirically not the case. Ruane best summed up this subversive false narrative when, speaking to The University Times recently, she stated: “There was a stage over the last few weeks that I felt defeated. I was wondering what sort of loan scheme is best, and I had to shake my head and go ‘no loan scheme is best’.” Accepting that loans and fee increases may happen regardless of student input doesn’t require us to remain silent while it happens. If the next government does opt to follow the working group report and to further erode the sanctity of higher education in Ireland, Trinity students will regret that their union was powerless to fight it.