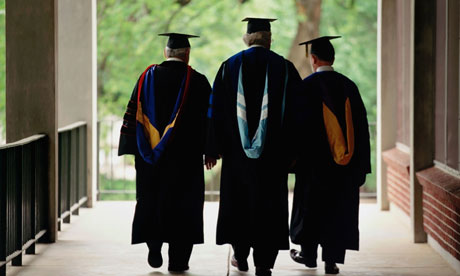 Trinity has a poor track record for women in high academic positions. Only 14 per cent of full professors in Trinity are women, a figure that illustrates a significant failing on the part of this university. Women are not making it to higher academic levels, and this ought to be more of a concern.

These unbalanced statistics don’t indicate that women aren’t going into academia – at lecturer level in Ireland, there exists an equal gender split – but rather that they don’t often make it past junior academic roles. Among higher positions across the country, only 35 per cent of senior lecturers are women, and just 19 per cent are professors. Trinity is one of the worst examples of lopsided promotion and hiring in Europe, where women hold on average 18 per cent of full professorships. And while the Provost has spoken about efforts to better the situation, current proposals would suggest that this is not a priority.

Trinity’s proposed tenure track system is unlikely to improve the state of affairs. Prominent academics, including Louise Richardson, a Trinity graduate and the incoming Vice Chancellor of Oxford University, and Pat O’Connor, a member of the Higher Education Authority Gender Equality panel, have expressed worry that the system will impose even more barriers to women in academia. Such concerns are justified: the various systems of probation will disadvantage women, who often have less linear careers and who may want to take time off for a family at a point in their lives when tenure would typically be sought.

Internationally, Trinity is not anomalous. While 43 per cent of Australian women held “Senior Lecturer” faculty positions in 2014, only 30 per cent rose to “Above Senior Lecturer”, according to a government report. And yet women had over half of lecturer and below lecturer positions. There are a number of reasons for this, none as clear-cut as basic discrimination: subtle cultural messages can discourage women at a subconscious level, particularly when academic promotion often coincides with an age when women may want to start a family. Having children is certainly one of the reasons why a woman’s career may be negatively affected: for tenured faculty in the United States, 70 per cent of men were married with children, but only 44 per cent of women were the same.

This is a problem across the board for universities, particularly frustrating when they really should be the ones spearheading gender equality measures. As more young women than men attend college in Ireland, there’s obviously not a shortage of educated women. But the barriers in place – whether implicit or otherwise – are preventing promotion to higher levels. This is a situation that cannot continue. This is a situation that universities, at the forefront of social change, should not allow.

When people start asking why the figures are still so poor, these questions inspire efforts to change.

But all is not dismal: between 1986 to 2011, the number of female university presidents increased from 10 per cent to 26 per cent, and for the academic year 2013-14, 48 per cent of newly hired college heads were women. When people start asking why the figures are still so poor, these questions inspire efforts to change. Richardson’s own success in improving the number of women in high positions in St. Andrews clearly indicates this potential – the university now has a senior management comprised of 50 per cent women, a dramatic improvement from no women when she started as Vice Chancellor.

Trinity can and should do better. In creating new tenure measures, closer attention must be paid to whether they limit women in a subtle way. In promoting women into higher positions, care must be taken to avoid this apparent “boys club” found in Irish universities. Women have just as much to offer to any university as men, and any university looking to educate informed, socially aware students ought to be socially aware themselves.