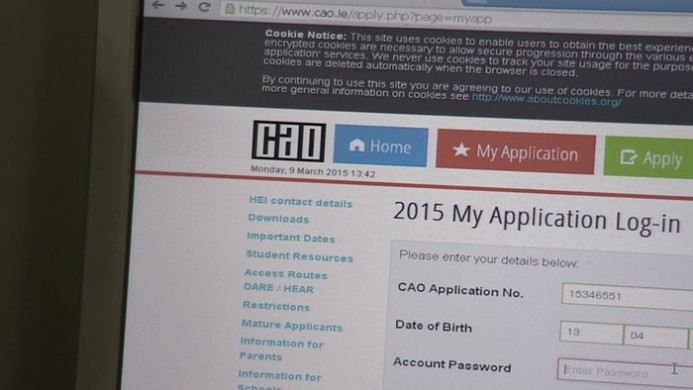 On November 22nd, in an article entitled “Trinity Admissions Study to Place Less Emphasis on Personal Statement from Next Year”, The University Times reported some vague and evasive statements by Prof Patrick Geoghegan, former Senior Lecturer and project sponsor of the study. Since I was referred to in the article – having long condemned this outrageous experiment – I wish to present some specific facts, not equivocal generalisations.

The article states that it is “expected that the removal of the personal statement component will end the criticism from some quarters of potential plagiarism and questionable authorship”, which refers to statements made by Geoghegan in a memo regarding its removal from the calculations and instead grading it on a pass or fail basis. Why is this expected? The personal statement has not been removed so the criticism remains valid. The use of a personal statement remains fundamentally flawed because there is still no way to tell whether it is the work of the applicant. Trinity’s own internal report stated: “There is no way of knowing for certain if the work is the applicant’s own, leading to doubts about the integrity and fairness of the process”. Trinity’s words, not mine.

Second, there is still no indication of exactly how the statement is assessed. Originally Trinity held that, by some mysterious process, the personal statement would enable them to “get to know the student”, even if someone else wrote it. Obviously, that idea has been abandoned because – again according to their own internal report – they could not use it to measure differences between students. So now the suggestion is to use it as a pass/fail mechanism, as if that will be easier to assess. Why should it be? If it cannot measure differences, then how can it measure the difference between a pass and a fail? We cannot have any faith that this new watered-down version will fare any better than the original one. And although Trinity contends that not a single student challenged the score assigned to their personal statement, it was not mentioned that there is no mechanism to allow a student to appeal against this secretive process. So a student cannot challenge it, even if they wanted to.

If the process is not worth all the time and effort involved, one has to wonder why Trinity insists on continuing with it.

Presumably to defend Trinity’s change of tack, the following quotation is also given: “In the first two years we have found that the personal statement does not make too much of a difference in differentiating candidates…so it may not make a huge difference to the kinds of students who are admitted.” This is astonishing. If it does not make a difference, then why use it? What’s more, the statement that it does not make too much difference is not only incorrect, it is disingenuous. Trinity’s own internal report was very specific that differences between students could not be identified, stating that “the bunching of applications in the middle could lead to legitimate concerns about whether the process was worth all the time and effort involved”. If the process is not worth all the time and effort involved, one has to wonder why Trinity insists on continuing with it. The personal statement is thoroughly discredited and should form no part of any professional admissions procedure. And yet in spite of Trinity’s evidence to this effect, featured in its report, the personal statement still goes ahead. Surely one would’ve thought that evidence-based facts are the norm in Trinity’s decision-making processes?

You will be discriminated against in favour of a student from another school who had the good fortune not to have so many bright classmates. This is irrational, arbitrary and discriminatory.

The second element in the experimental scheme is the relative performance ranking (RPR). This is the performance of the applicant compared only to other applicants from their own school.

The result of using this measure is that if you are a bright student, but find yourself in a class with a number of other bright students, Trinity seems to believe that there is something lacking in you. You will be discriminated against in favour of a student from another school who had the good fortune not to have so many bright classmates. This is irrational, arbitrary and discriminatory.

The internal report revealed that even some of those students who obtained a place through this scheme were unhappy with the RPR. In addition, guidance counsellors expressed concern about it. Crucially, Trinity’s own external assessor for the project, Prof Aine Hyland, stated publicly on radio that she was not at all convinced by the RPR and could see major problems for schools. But apparently Trinity takes no notice, even of that.

We are told that the “most exciting thing” about the study was the ability to test different areas and change things each year. But how can Trinity treat this matter as if they were dealing with pawns in an exciting game of chess? Why should more students be subjected to experiments in the vague hope that someday the right ingredients for a magic formula might be discovered? Every year that this experiment continues, students who work exceptionally hard for two years and excel in the Leaving Cert will be deprived of their place by someone who provides an essay and goes to the right school. What is at stake here are the future careers of students, and this cavalier approach is appalling.

The article stated that the professor would not be drawn on whether the scheme could expand in future. Yet the report itself says it “could be prohibitively costly to greatly expand the route”.

Why the refusal to acknowledge this? If it is prohibitively costly, then one has to wonder how it is worth the price. After all, the personal statement is manifestly not fit for purpose, and the relative performance rank is irrational, arbitrary, and discriminatory. It has been challenged by guidance counsellors, students who got a place using it, and by Trinity’s own external assessor for the project. And so what does it take for Trinity to acknowledge reality?

Obviously, I support the Leaving Cert points system. It is a rational, transparent process which has served generations of students very well. Any alternatives which have been proposed – including Trinity’s – have not been improvements.

However, I am not a dinosaur trying to impede progress. I have always been open to rational persuasion for improvement and I remain so. But I am mindful of a warning that is given to medical students: before you prescribe a cure always be sure that you will not do more harm. After all, the doctor will not suffer, the patient will. I recommend that advice to Trinity.

John McAvoy is the former General Manager of the CAO.