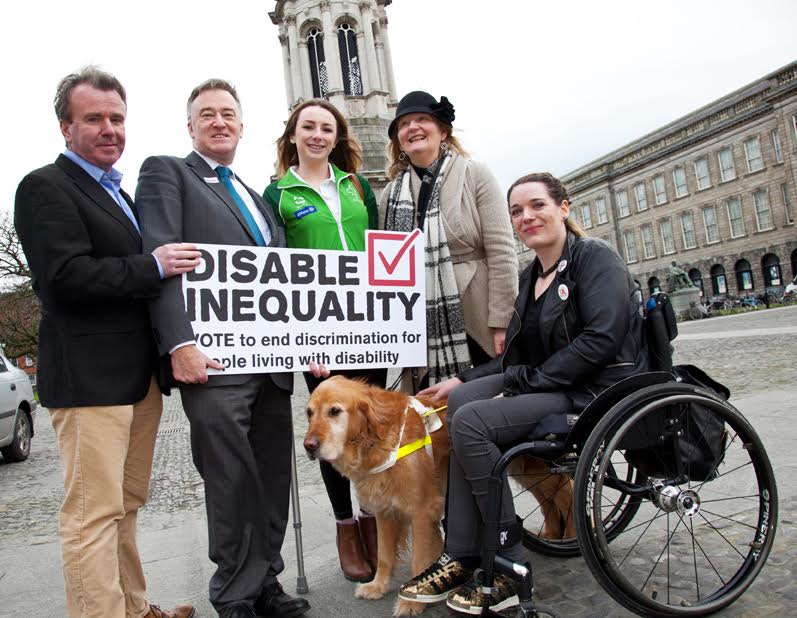 I sat my Leaving Certificate in Finglas in 1984. That autumn, I walked through Front Square as a first year. I use those two words advisedly. I was young and fresh – full of idealism and naivety. I completed a Bachelor in Education in Trinity’s School of Education and it was there that I developed an appetite for intellectual inquiry, dialogue and debating. Trinity fostered within me a heightened sense of justice. Trinity taught me that equality and opportunity come by way of hard work and a constant interrogation of the status quo.

After graduation I taught briefly in west Dublin. The late 1980s was a period of deep recession, high unemployment and mass emigration. The Troubles were also at fever pitch. Ireland was an economic, political and security basket case. Political violence was at an all time high on the island. As a keen college debater, there were even times when certain political subjects were taboo – where one had to look over one’s shoulder to express certain views. This was at a time when the Berlin Wall was coming down. All of Europe was moving forward. Ireland remained a very dark place in many respects, struggling to come to terms with what kind of Republic it ought to become.

We consoled ourselves however with the idea that we were saving some lives.

Disillusioned with the violence and instability here, I joined the Irish Army in 1989. On commissioning as a Lieutenant I was posted to Lebanon and later to Bosnia in the former Yugoslavia – just as the war was ending in the Balkans. My tour of duty to Lebanon was a very violent one. During an Israeli punitive operation, “Grapes of Wrath” in April 1996, hundreds of Lebanese men, women and children were butchered in the United Nation’s area of operations. As Irish soldiers, we were caught up in the fighting between Hizbullah and the Israeli military. We acted as human shields to protect innocent villagers from both sides. We couldn’t stop all of the slaughter. We consoled ourselves however with the idea that we were saving some lives.

Operation Grapes of Wrath culminated in the massacre of 106 Lebanese men, women and children in the village of Qana on April 18th. As Irish troops, we did our best to give aid to the wounded and comfort to the dying. For me, it was a far cry from the Trinity Ball, or nights in the Buttery or the Pavilion. I rotated home to Dublin the following day. Twenty four hours later, I was walking up Grafton Street with my girlfriend.

As an Army officer, I returned to Lebanon and Syria several more times from 1996 to 2000. As a journalist, I’ve been back to Iraq, Syria and Lebanon in more recent times. The Middle East taught me a lot of life lessons. It taught me about man’s inhumanity to man. It taught me about inequality and the root causes of injustice and violence. It also taught me about being an Irish citizen in the world. In the army, we swore an oath of allegiance to uphold the Irish Constitution – to help the weakest and most vulnerable in society and in the world. To me, as an idealistic soldier and naïve young man, this was the very expression of Irishness and what it meant to be Irish.

In 2000, my girlfriend, now my wife, and I had the first of five children. That same year, I completed a PhD on women in the military as a serving Captain in the Defence Forces. My doctoral thesis uncovered decades of bullying, sexual harassment and sexual violence against female soldiers in the Irish armed forces. An independent government enquiry vindicated my findings in 2003 and thankfully, the military authorities acted on the findings and recommendations of the research. I retired from the army and began my academic career in DIT. I also began a long career as a journalist and have been the security analyst at the Irish Times for the last 15 years.

In 2003, my second son, Eoghan, began to show puzzling symptoms as he began to transition from crawling to walking. A healthy 18-month-old boy, he had no previous medical history or complications. In the summer of 2000, however, his symptoms deteriorated. He developed muscular tremors in his little hands and a loss of balance. He also developed a nystagmus, or flickering in his eyes. His eyesight began to weaken and he gradually lost motor function in his arms and legs. As his parents, we were terrified.

Like thousands of other Irish families before us, we entered the Irish hospital system. There we encountered the wonderful front line medical staff of Temple Street Children’s Hospital, the Central Remedial Clinic and Crumlin Hospital. The neurologists, surgeons, pediatricians, physiotherapists, occupational therapists and speech therapists – many of whom were fellow Trinity graduates – were wonderful. Eventually, we got a diagnosis of a rare neuromuscular disease, Pelizaeus Merzbacher Disease.

Eoghan’s disease deprived him of the ability to walk and damaged his speech and eyesight. However, Eoghan was a little fighter and he survived to continue his way through primary school in St Mary’s national school in Booterstown. This year, he started secondary school. I hope that one day – he might even enter front square on his power chair, with his assistance dog Duke – as a first year.

As a journalist, academic and parent, I have fought as hard as I can for Eoghan and the thousands of other children and young adults with disabilities.

As parents of a disabled child in Ireland, we have had to fight hard for all of Eoghan’s services and supports. In the last five years or so – due to austerity and savage cuts to health, disability and carers – Eoghan has lost almost all of his physiotherapy, occupational therapy and speech therapy. Due to cuts and waiting lists, he is also confined to a wheelchair that is too small for him. As a beautiful young man, he is developing a scoliotic curve to his spine and the contractures in his legs are deteriorating.

As a journalist, academic and parent, I have fought as hard as I can for Eoghan and the thousands of other children and young adults with disabilities. I have highlighted the destruction of services in the Irish Times and on primetime radio and television programmes. None of this has made any difference. There are currently 600,000 Irish citizens who suffer from disabilities. Over the past decade, they and their families have been deprived of the basic services and supports that allow them to live independently and with dignity and autonomy.

Our political elite have decided that the most vulnerable citizens in the Irish republic should pay for past political mistakes and the gambling debts of bankers. Fine Gael and Labour have made a virtue out of inflicting pain and suffering on the weakest members of Irish society. This is the opposite of what I understand to be Irish citizenship. This is the opposite of what I learned in my experiences as an Irish soldier in the Middle East. It is the opposite of what I learned about justice and equality as a student in Trinity College. As a consequence, I have decided to run as an independent candidate for the Seanad on the Trinity College Dublin panel. In this anniversary year of the 1916 Rising, we need imagine a Republic that prioritises equality and justice for all of its citizens. We must make disability a defining election issue and fundamentally challenge the narrative around disability and equality in Ireland.

Tom Clonan is an independent candidate for the Seanad on the University of Dublin panel, the Irish Times’ security analyst, and a Trinity graduate.