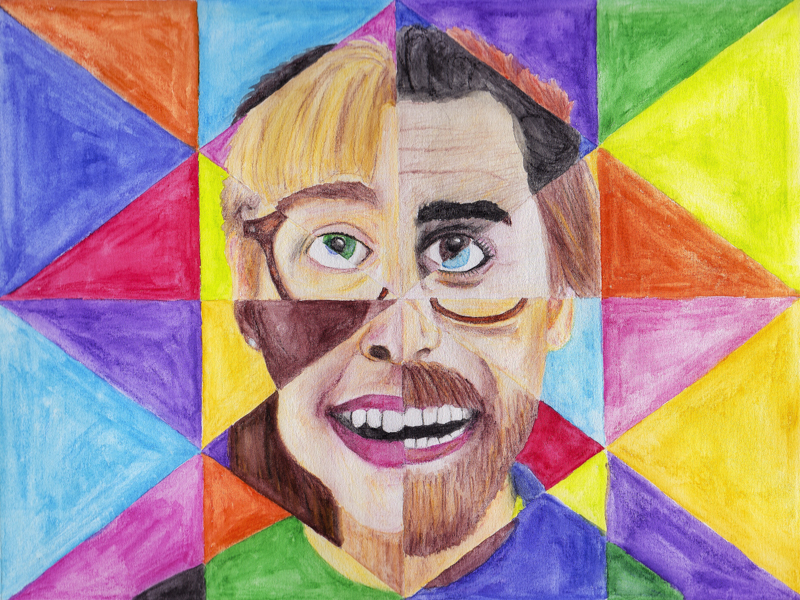 Sinaoife Andrews for The University Times

Smock Alley was built in 1662 as part of the official restoration of the British monarchy and the return of King Charles II to the throne. It was the first custom-built theatre in Dublin and was the first theatre outside Britain to carry the name “Theatre Royal”. In its early years, the theatre suffered many structural problems, largely related to the fact that it was built on land reclaimed from the River Liffey. The gallery collapsed twice and the theatre had to be rebuilt in 1735. In the mid-1740s, Thomas Sheridan, godson of Jonathan Swift and father of the celebrated dramatist Richard Brinsley Sheridan, took over the management of the theatre. During this period the theatre staged some of the highest profile playwrights of the day, such as Oliver Goldsmith and George Farquhar, and saw performances from many of the leading actors of the London stage.

Despite this period of great success, the theatre ceased operation in 1787 and was used as a whiskey store until it was bought by Fr Michael Blake and rebuilt as a Catholic church. It reopened in 1811, 18 years before Catholic emancipation, thus becoming the first Catholic bell to be heard in Dublin in 300 years. This detail of the venue’s historical significance is somewhat undermined by the fact that in 1989 the church was deconsecrated due to a falling number of parishioners and redeveloped as the “Viking Adventure” experience as part of the Temple Bar rejuvenation scheme. This endeavour ended in 2002 and following a six-year period of renovation, Smock Alley opened yet again in 2012.

Although it has operated within the city in a number of forms, the theatre is fiercely proud of its varied heritage, as made clear by its newly launched Smock Allies: Scene + Heard programme. It is a festival that seeks to allow artists to stage unseen or experimental productions across the genres of spoken word, music, dance, theatre and comedy in front of a live audience and get feedback on their ideas. The roots of the programme are to be found in the festival that preceded it, called “Collaborations”. Set up by Clara Burke, John Delaney, Jen Darcy and Emily Elphinstone in 2011, their aim was to create a platform for new artists to exhibit their work. In their own words, they wished to “create a community in which you could receive feedback on your next big idea”. At this time, Smock Alley as it currently stands didn’t even exist yet, and the first three installments of JBE Collaborations (as it was then known) were held elsewhere. Last year, the festival was installed in Smock Alley for the first time.

Following several successful years of operation, the “Collaborations” initiative came to its conclusion last year. However, just like carpets, pennies and students, nature abhors a vacuum, and a similar, albeit expanded festival, has popped up to take its place. The new programme’s mission statement is to “provide a chance for artists to test an excerpt of previously unseen work or new ideas / formats in front of a live audience in order to get feedback before mounting and staging full length productions”. The festival acts as a dry run for new work before artists commit further to a project or an idea. Audiences can expect to see an eclectic mix of art and artists during the festival which runs for three weeks starting on February 17th.

The festival kicked off with an open call for submissions in November. Applications were open to a range of genres and over 400 pitches were received by the festival. In December, around 70 productions were selected and allocated slots throughout the festival period. Most shows play a half hour slot in conjunction with another half hour production, although some shows are longer and there are several full-length play readings.

The official beginning of the festival is marked by a drinks launch on January 19th. There were beer, wine and canapes – delicious by the way – and a presentation by the festival’s producer. The trailer, created by Ste Murray, was also unveiled. All the creatives and their casts were on hand to celebrate the launch and do some theatrical hob-knobbing. Smock Alley are extremely accommodating to their artists, and encourage dialogue between producers and creatives and between creatives from different shows. Coming as it does around the time that the Arts Council allocates grants, and during the submission process for the Dublin Fringe Festival, it is likely that some of these shows will be seen again in expanded formats or in different spaces. The festival is supported by, among others, the Gaiety School of Acting, the Project Arts Centre and the Abbey Theatre Literary Department, so there are a number of high-profile organisations invested in the success of the festival. The tickets are available on the Smock Alley website and are €15 for two shows and €12 for concessions.

There are over 70 productions as part of the festival, so I’ve included a quick rundown of the most interesting. The first week of performances includes “A Little Wisdom” at 6:30pm on February 17th. It stars James Walmsley, who was crowned Dublin’s Best Busker last year. As part of his prize he was given the chance to spend two days in a recording studio. From these sessions comes his debut album, Black Wing Bird. Influenced by artists such as Leonard Cohen and Bob Dylan, the album promises songs both world-weary and lovelorn. Audience members will receive a free digital download of Walmsley’s album with the purchase of their ticket. Also heavily featuring music is LYRICS on the same day at 8pm. Written by Tom Moran and starring the writer and Sarah Gannon, LYRICS is darkly comic original musical about the connection forged by two singer-songwriters and their attempts to overcome the darkness of their pasts.

Smock Alley are extremely accommodating to their artists, and encourage dialogue between producers and creatives and between creatives from different shows

Later in the week comes “Lady Play” on February 17th and 18th at 9pm from Eccles Theatre Group. A satire on the life of four “modern” women, it follows Poppy, Daisy, Holly and Rosie who live together and celebrate “prosecco and book-club” night on Fridays. That is until Poppy’s housemates begin to transform into enormous cocoons, a fact which seems to trouble no one. Written by Jane Madden and directed by Davey Kelleher, “Lady Play” is a stylish commentary on female “liberation”.

Following this is Yoga for Beginners, running on the 18th and 19th at 7pm. Taking the form of a traditional yoga class, Paula McGlinchey leads the audience through various positions and eventually into the turmoil of her own life. Written and directed by Adam Wyeth, this is a yoga class with a difference. A show hugely of the present moment comes in the form of “The Win” on the same dates at 6:30pm. The Women’s Information Network (WIN) provided information on abortion during the 1980s after the eighth amendment to the Irish constitution resulted in the criminalisation of provision of material about abortion. A devised piece that draws on logbooks from the phone services and on the accounts of volunteers of the organisation, “The Win” seeks to draw back the curtain on an unmentioned part of Irish history. Leading into the weekend, “Bert” and “Rise” are both showing on February 19th and 20th at 7pm. Written by William Penswick and directed by Ciara Fleming, “Bert” acts as an untold epilogue to the film of Mary Poppins. While “Rise” is written and directed by Kate Conboy-Fisher, and tells the story of four working class friends from inner-city Dublin as they attempt to overcome the challenges which face them. The show charts their changing relationships with each other and with the city of Dublin.

Rounding out the week on February 19th and 20th in the 9:30pm slots are “The Mancunian Candidate” and “Losing It”. The former follows Vicky, a proud native of Manchester, who is sent to live with her relatives in Dublin following an “incident”. As her cousin’s wedding approaches, Vicky and her family must try to reconcile their differences, and perhaps discover their similarities. The latter asks the tough question about virginity – what exactly are we losing or gaining? – and explores the answers to this question through the experience of five different couples. It’s awkward, it’s weird, and, sometimes, it’s beautiful.

Week 2 of the festival kicks off with the quirkily titled “Uhta!” and “The Last Part of the Night” on February 23rd and 24th at 7pm. “Uhta” is a time, the darkest time, a time when corporations, oil companies and dictators rule the world. Confronted by a group of poets and activists, confrontation is inevitable, and tonight death is on the cards. “Uhta” is a play with music based on the story of Ken Saro-Wiwa and the Ogoni Nine written and directed by Justin McGregor. On the same dates, but at 9pm, is Schooled, a play about three college friends who find themselves living together by the river in Cork. Their desperate search for security leads these young urban professionals to new and bizarre places.

February 25th sees a once-off performance of “Mental Health” at 9:30pm. “Mental Health” is a piece of documentary theatre based around the mental topography of people’s minds. Written and performed by Darren Roche, it is a reminder to live in the moment and appreciate our lives. Also running for only a single showing is “Running with Dinosaurs” on the February 28th at 4pm. Recent Lir graduate, Nadine Flynn, presents a reading of her new play about Dublin gangland culture. “Running With Dinosaurs” follows the growth of a boy as he struggles to find a place for himself outside the confines of his inner-city Dublin existence, and the path laid out before him.

Week 3 sees Laura Sarah Dowdall, the artist-in-residence at a Dublin DeafBlind centre, present an immersive piece exploring blindness, both metaphorical and visual. The production uses dance, sound and sight to help give the audience a fresh vision. This runs on March 1st and 2nd at 8pm. Rounding off the festival is “Schoolgate Catwalk” on March 3rd and 4th at 7pm. “Schoolgate Catwalk” tells the true story of the shallow lives lead by some of Dublin’s most elite residents. Pauline Bannon-Hume is on a mission to makeover every last woman on the Southside, one bargain basement at a time.

Needless to say, through its diversity and innovation, Scene + Heard promises to be a thought-provoking endeavour that will grip the Dublin theatre scene, merging the history of the building with the potential of the art performed to produce an initiative like nothing Smock Alley has ever seen before.