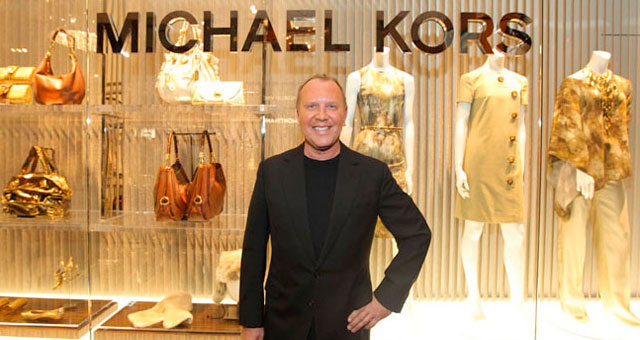 Everything in fashion has a moment and as a designer, you consider yourself lucky to get a moment at all. This is true for all designers and models seeking publicity and recognition. For them, unlike most other professionals, their success is measured by their level of fame, and their careers depend on their enduring popularity. Just as models can suffer from overexposure, designer brands can also oversaturate the market. This can be detrimental to their image and brand integrity which negatively affects sales. There are a few designer brands that have been able to ensure their name is here to stay; brands like Louis Vuitton is the most valuable luxury brand in the world and has been a household name for years. Those that can afford it will be sure to flaunt it, and those who can’t will undoubtedly seek Fake Louis Vuitton replicas. It is hard for upcoming luxury and designer brands to compete with the likes of Louis Vuitton is such an oversaturated market. Unfortunately for models, their lifetime is limited. Brands, however, can surpass the mortal lifespan of their founder and survive to see another moment.

It is impossible to predict what will be fashionable, but once something is, it’s hard to miss it. What is popular usually begins with a very select few: the trend-setters. From them, what’s “in” ripples outward, reaching more and more people. Once a trend becomes too popular and has become overexposed, those trend-setters are no longer interested and look for a new, exciting alternative. The cycle of fashion dictates that what was “in” gradually has less prevalence in mainstream culture and begins to fade out in preparation for the next trend.

Things are fashionable because they are coveted and are exclusive to a certain degree. The signal for me of the end of a fashion moment is when you can readily purchase cheap knock-offs from one of the make-shift stands on Henry St. That’s when you know they have exhausted the market and it’s no longer exclusive. Exclusivity is key to having longevity in the industry, because when something is too attainable, it becomes passé.

This is what happened to the American designer Michael Kors, now commonly labeled as “the handbag maker” for the fact that he has sold millions of handbags to millions of women. Kors now boasts a net worth of over $1 billion according to Forbes in 2014. It’s easy to see the appeal of his products: his accessories are well designed, they feel luxurious and are affordable, coming just within the budget of many people for a noteworthy birthday.

Kors’s moment came from 2012 onwards and peaked in around 2015. Making a significant dent in popular culture, he benefitted from large celebrity endorsements on the red carpet, had a cameo appearance in the hit US TV show Gossip Girl and was mentioned in a Nicki Minaj rap. In the verse, she makes a crude reference to how the luxury brand is unavailable to many women stating “couldn’t get Michael Kors, if you was fuckin’ Michael Kors”, which now, in hindsight, turned out not to be untrue. The ready-to-wear designs in the height of their success were found on the wrist of or hanging from the arm of almost every teenage girl that you came in contact with.

His moment has largely passed. This further proves that it is extremely difficult to sustain this level of success and remain relevant, especially in the age of fast-fashion. The remnants of the Kors moment are still visible in this post-Kors era as the infamous watches and handbags have become something of a running joke and a way to stereotype their biggest customer, the female student. The passing of the Kors trend is clear from the sales figures from 2nd February, 2015 when the company experienced a further decline in sales of 0.9 percent. While these figures are not ideal, they exceeded expectations, as Wall Street predicted a sharp decline of 4.4 percent.

While Michael Kors may have oversaturated the market for women’s handbags, this does not mark the end for the company which began in 1981. While exclusivity is key to having a long lasting trend, talent is important to ensure longevity in the fashion industry. As evidence of his talent, Kors survived bankruptcy in 1990 and managed to rebuild the company to become one of the best-selling designers in the world.

In an ever-expanding market for men’s fashion, as men increasingly take more of an interest in their appearance than before, Michael Kors has a seemingly intuitive feel for menswear. He understands “the Michael Kors man” and creates items that are classic, masculine and not too daring. In this market, Kors may continue to showcase his talent. As for the iconic MK symbol, it may prove to live on through the recent trend of ironic fashion, where, with a bit of self-awareness, you can pull off the gaudy logos of designer brands in a battle against the mainstream trendsetters. Keep your handbag, you never know when that large metallic MK might mean something again. And it could be sooner than you think.