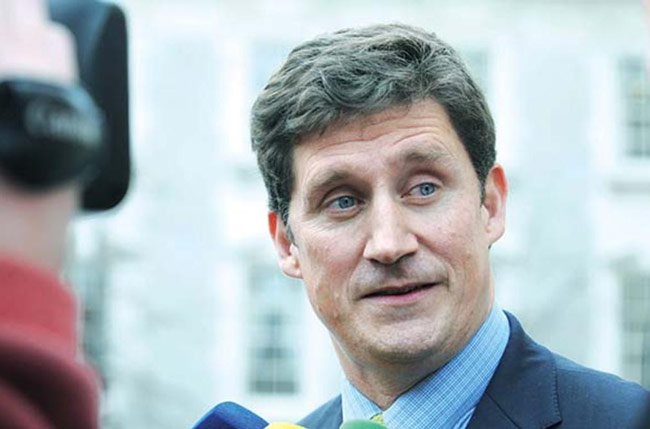 There are a number of fundamental choices that voters face in this election. One of the biggest is whether people want to support parties which are willing to invest what additional resources we may have in better public services or whether they think such flexibility should be used to provide for a variety of promised tax cuts.

The Green Party Comhaontas Glas set out our stance as far back as last summer. In a submission to a National Economic dialogue, we argued in favour of greater investment in public services and infrastructure. We placed particular emphasis on the need to increase state funding for third-level education, because we believed that it was the sector that had suffered most from the budget cuts over the last seven years. We believe the increased investment should come from the taxation system rather than from increased student fees or from long-term student loans.

The Green Party has argued that this funding could come from an increase in the corporate tax take from large corporations, who currently pay minimal effective tax rates on their profits

Government representatives themselves admit that there is a half a billion euro shortfall in what is needed if our universities are to provide the quality of education we should expect. The Green Party has argued that this funding could come from an increase in the corporate tax take from large corporations, who currently pay minimal effective tax rates on their profits. They have used all sorts of complicated tax avoidance schemes to reduce their exposure, but such measures can be curtailed now if we adopt some of the new rules being promoted by the European Union to increase transparency and accountability.

Some parties say we risk losing jobs by taking such an approach, but the companies cannot have it both ways. They are often complaining about the quality of graduates coming out of Irish colleges. It is time for them to make a bigger contribution, as they will be the main beneficiary of the better graduates that emerge.

It is not just a question of pumping more money into the colleges. We also need some fundamental reform of how they work, starting with the way students enter third-level education. We need to reduce the dependence on a competitive points race and allow deeper second level learning to occur with less emphasis on exam technique.

We could also channel entry into more general courses, enabling students to make decisions after entry into college

We should pilot more specific matching of examined subjects to chosen courses, which would allow better matching of skills to courses, as is common in the UK and other education systems. We could also channel entry into more general courses, enabling students to make decisions after entry into college, and to compete at college level for places on courses with more highly restricted numbers. Thus, students will complete an initial general course semester or year at third-level, prior to entering into highly competitive courses, with progress to the more competitive courses dependent on third-level assessment within the colleges themselves.

We would like to reform funding models to benefit student mobility. In essence, under this approach, the state funding follows the student, not the institution. Students starting after school in a local college might naturally transition at a later stage to carry forward credits to a more specialised centre elsewhere.

The current Higher Education Authority (HEA) approach of trying to engineer strategic alliances among nearby Irish institutions offers little benefit to the students in those institutions, and may simply add layers of bureaucracy. Instead, the HEA should negotiate with third-level institutes to set and monitor yearly targets for increased mobility, as judged by students transferring courses and by students taking modules in other institutions.

This pressure for improved mobility within the Irish third-level system will prepare it to take an active part in the complex future of world class higher education, involving active international strategic alliances and collaborations between institutions. In such a model we could see greater co-operation between all the Dublin universities, which would allow us to provide a more flexible and rich third-level experience.

Such collaboration is the way the world is going. We like to think of it as a sign of us moving to a more interconnected, green world.

Eamon Ryan is the leader of the Green Party.