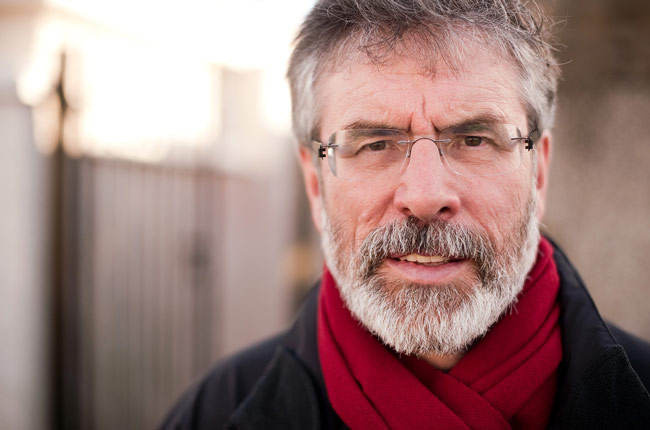 Sinn Féin are firm in our view that education is a basic and fundamental human right and should be accessible and affordable to all citizens. That is the starting point for all of our proposals in respect of the education sector.

We are committed to reversing the worst of the cuts imposed by successive governments upon education and ensuring that equality of access is not just an aspiration, but the cornerstone of a proper education system.

Increased student fees and the removal of many grant supports have forced many third-level students to drop out and leave their courses. Funding cuts to schools have resulted in students being taught in overcrowded classrooms and supports for children with special needs have been reduced – impacting on the primary and post-primary years that are so vital for students in their later years as they move on to higher education.

The economic, employment and research benefits of education are in the interest of everyone in society, not just students and graduates.

The policies of Fine Gael, Fianna Fáil and Labour have put paid to the notion of free education and have lumped the burden of providing education on parents who are under severe pressure to make up the shortfall. One in five secondary school parents have to take out loans to cover the costs of education, yet millions of euros of government subsidies are paid to private schools every year, reinforcing a two-tier system of education.

The economic, employment and research benefits of education are in the interest of everyone in society, not just students and graduates. Education is key to achieving a more equal society. For that very reason, we are the only party proposing that third-level fees would be progressively eliminated over a term in government, in order to ensure the cost of higher education is not a barrier to any student who wants to avail of third-level courses.

We will also reform the student grants system to provide greater access to postgraduate studies and reverse changes to the adjacent rate of the student grant so greater numbers can avail of this support.

We don’t just talk the talk on education: we have a proven track record.

In the North, Sinn Féin has held the post of Minister for Education since its inception in 1999. Despite continued funding cuts from the UK governments controlling the purse strings, we have managed to invest in and improve access and outcomes in education through the abolition of academic selection, the capping of tuition fees, the investment of £500 million in capital projects in education, and increased funding for the “Early Years”, “Targeting Social Need” and “Free School Meals” schemes.

If €4 billion is taken out of the tax system by Fine Gael and Fianna Fáil, the consequence will be continued underinvestment in education.

We estimate that the overall package to reform the education sector in the next five years involves an investment of €1.9 billion. That’s a lot of money, but we have set out our political choices. And you have a choice to make as well. If €4 billion is taken out of the tax system by Fine Gael and Fianna Fáil, the consequences will be continued underinvestment in education, more elderly people on hospital trolleys, more children growing up in hotel rooms and more families struggling to survive. Instead of taking €4 billion out of the tax net, Sinn Féin are committed to building the type of public services in which citizens will be able to take pride.

We don’t have to live in an unequal society. Sinn Féin believe in an Ireland in which our young people can find a job that pays fair wages, where people have a right to a home and where the most vulnerable in our society are treated with dignity.

There is now a genuine opportunity to seize the moment for progressive change. On Friday, you have that opportunity. Take it.

Gerry Adams is the leader of Sinn Féin and a TD.