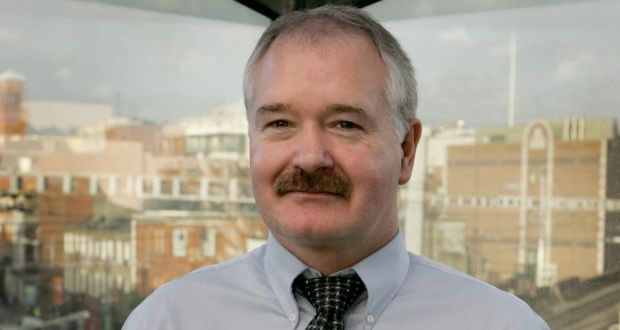 Trinity is to be sanctioned by QS World University Rankings for sending emails to members of the Trinity community, including graduates and academics, that encourage them to take part in reputation surveys conducted by the rankings agency.

The emails, which were sent by the Dean of Research, Prof John Boland, contained a link to the survey, a move which has been interpreted as and in breach of QS rules. The rules on survey solicitation currently state: “It is not permitted to independently promote participation in QS surveys, nor to solicit or coach specific responses from expected respondents to any survey contributing to any QS ranking.”

Speaking to The University Times, Simona Bizzozero, a spokesperson for QS, stated that Trinity was “definitely” in beach of the rules, adding that the board is to meet to decide on a sanction: “Certainly there will be an outcome, there will be a sanction.” The breach came to the attention of QS on Friday and exclusion from the rankings is an option that will be considered.

In an email statement to The University Times, the College Press Officer, Caoimhe Ni Lochlainn stated: “Trinity regularly provides updates to the wider Trinity community, comprising of alumni, employers and academics with whom we have an ongoing relationship, on our successes and achievements in that sphere. As part of that process, we recently reached out to this community advising them of the reputation surveys which would be sent by the ranking agencies QS and Times Higher Education.”

She continued: “Our letters were sent in good faith and called for participation in the surveys. At no time were they intended to influence the response of the recipients. We regret that our communication with our community on this matter has caused any concern.”

In an effort to address a decline in its position in rankings in recent years, Trinity is to establish a new Rankings Steering Group, chaired by the Provost. In last year’s QS rankings, Trinity fell by seven places and now stands in 78th place, while the College fell by 22 places in the Times Higher Education rankings, leaving it placed at 160th in the world.

Bizzozero added that QS would “not make a rash decision” due to the complexity of the matter: “The sanction needs to be modelled to see what sort of impact it will, have not only on Trinity but on the rest of the rankings”. She continued: “We will set a precedent for future cases, which we hope will not occur. We will be drawing very clear rules”.

She stated that QS were both surprised and disappointed that “an institution of the calibre of Trinity, which has a world-class reputation, would feel the need to run such campaign. It’s something that we hoped wouldn’t happen, that wouldn’t be necessary, because they do have a great reputation.”

Bizzozero clarified that developments will not have an impact on the set of QS World University Rankings that are due to be released in September 2016: “Our 2016 rankings are not live yet. So this campaign, which has been conducted with great enthusiasm and a certain degree of naivety, hasn’t had any impact on our rankings.”

In response to email questions from The University Times, Phil Baty, Rankings Editor of Times Higher Education, stated that the publication “has always employed an invitation-only reputation survey. We select senior, published academics at random but we distribute the survey to ensure a fair and accurate geographical and subject balance, based on the true distribution of scholarship across the world according to United Nations data”.

He continued: “We do not, and have never, allowed anybody to sign up to take part in the survey and we do not allow universities to nominate any academics or employers to take part. These are absolutely fundamental and very simple rules to protect the integrity of the survey and to ensure that it is statistically robust.”

Bizzozero stated, however, that the QS rankings were not any more “vulnerable” than those of Times Higher Education. QS maintains that their survey is not open to manipulation, with a blog post on their website stating that “An invitation-only survey would be no less vulnerable”.