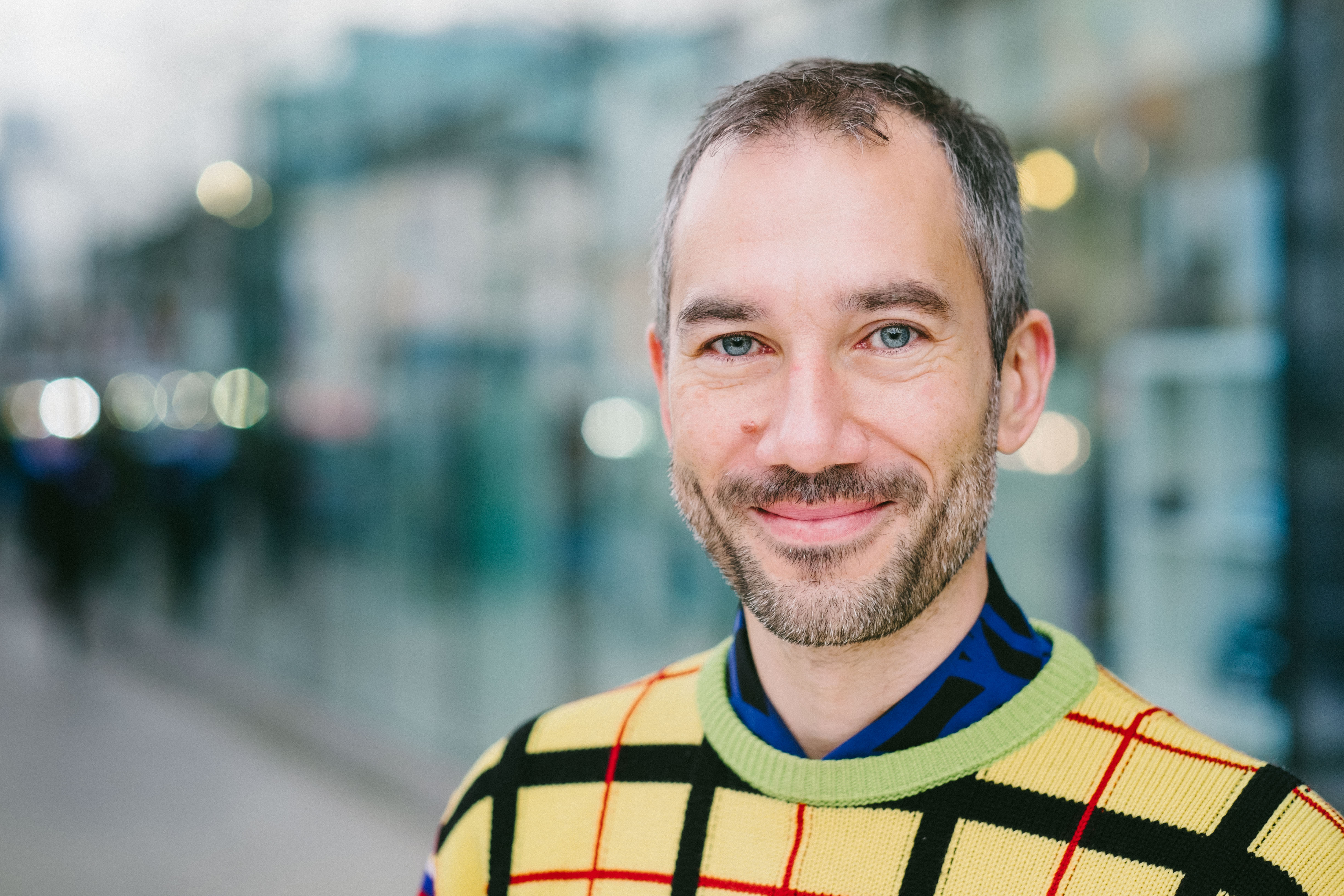 The futuristic design and freestyle exhibitions of the Dublin Science Gallery in Trinity is often taken for granted by the students of the College. The ceiling to floor windows, which provide a welcoming contrast to the fortress-style walls of the College, inviting members of the public to interact with the work of the university in a forum unlike any other. The Dublin Science Gallery is the first of its kind, bridging the gap between art, culture and science and setting an international precedent for engagement with science, particularly among a younger audience. The University Times spoke with Andrea Bandelli, the incoming CEO for Science Gallery International about the development of Science Gallery, which aims, according to its mission statement, “to ignite creativity and discovery where science and art collide”. Bandelli succeeds Michael John Gorman, who was also the founding director and manager of Science Gallery Dublin since its conception in 2007.

“It is definitely a unique place, for several reasons”, says Bandelli. “First of all, because it addresses the 15-25 audience, which very few other cultural institutions reach. And also, because really it is an interface between the university and the city, physically, but also culturally. It really is what links the research and the cultural element of the university with what happens outside of the university.” He speaks enthusiastically about the role the gallery has played in linking research within the university with the outside world: “It is an opportunity for researchers and the faculty to interact with the outside world. And interact means also for instance doing research projects … real experiments are conducted and now more than 20 papers have been published with the results of those, which is incredible, both in terms of the amount of data which has been collected but also the topics that can be addressed in such a place is simply fantastic.”

The benefits of this are not limited to university research and public engagement. It is also a forum for student interaction with real studies being conducted by the university, as Bandelli points out: “It is an interface for the faculty and of course it is an interface for the students.” The dynamic nature of the gallery in recognising the inherent link between art and science encourages entrepreneurship and startups among students, as Bandelli is eager to emphasise. He explains: “A group of students that developed a light emitting bacteria system to light windows in shops – they went on to create their own company and they exhibited at the Science Gallery.” A further project involved: “a painkiller in milk … it is still a concept, it doesn’t exist yet, but it is their idea. They [students] developed the whole concept, and the marketing, the visual identity, and also the science behind it, basically to see if it’s possible to use a milk as a painkiller. These are examples of how Science Gallery can really empower students to go beyond the usual form of science engagement.”

It is an interface between the university and the city, physically, but also culturally

However, Science Gallery International is far from insular. With an ambitious programme to double the number of galleries globally by 2020, it hopes to establish links and exchanges between universities, enabling students from all around the world to interact with each other by means of technology and perhaps even physical exchanges. Bandelli says: “The physical exchange of students is something we’re considering. The Erasmus programme is really curriculum-based, and this would probably be extra-curricular, which is actually much needed and much more flexible and dynamic. It could be combining it with some digital experience, but the thing is that students in Dublin will be really able to interact with what happens culturally and scientifically and research-wise in Melbourne, for example.”

For Bandelli, and Science Gallery International, the cultural element of the Science Gallery is one of the most unique and dynamic elements of the international programme, something which will be enriched through global expansion. Bandelli himself comes from the unique standpoint of a broad international background. Born in Italy, where he completed his undergraduate degree, he pursued his PhD in Amsterdam, so his subject matter – science centres as a platform for scientific citizenship – leaves him in a unique position for his new role. He has worked on projects in Belgium, the Netherlands, UK, Italy, Czech Republic, Ireland, US and South Africa.

Reflecting on these experiences, Bandelli says he has “come to realise that there are so many cultural differences and we are so blind to them”. He continues: “These differences can be very subtle: the choice of colours, or in the way a room is shaped. And if you don’t have the direct experience then you don’t realise how important those aspects are.” In terms of museums, this is particularly relevant in unexpected ways: “In countries in Latin America for instance, everything has more space around the exhibits because families are bigger and because they visit with more people. And it might seem a simple thing, but it means really a lot in terms of how culture is experienced.”

Bandelli is keen to maximise the international element of the Science Gallery model to its full potential by means of a form of cultural exchange. “When you start to implement and use this model in other [international] contexts, then the real discovery happens”, he tells us. He asserts that Science Gallery “is definitely not like a cookie cutter thing, it’s not a franchise”, continuing that “the fascinating thing is that by adapting the model in different locations, everybody learns”. In opening ourselves and the way we view the world to different cultural horizons, “we learn a lot … [of] things that we cannot see because we are not aware of our assumptions”. For Bandelli, “if you are not confronted with a problem, you don’t know that there is a problem”. He is confident that the Dublin Science Gallery will continue to learn from the international model “because that is the key thing you know, nothing is fixed in stone”.

You see that museums – many times more traditional science museums – really have assumptions about their public, and because of that they shape their public

What does this mean in real terms? Bandelli explains the system of exchange and programme development in countries in which science galleries are being initiated: “The cultural development is completely local. We do have staff exchange, so people from the different locations are exchanging and travelling. Soon we’ll have the director of Science Gallery Melbourne for a couple of weeks to learn in Dublin – Dublin also has the function of being the place where staff can really see hands on what it is to run a science gallery.” Dublin, in turn, can learn from the means by which other universities in other cities have begun to develop their science galleries. Bandelli asserts that “Dublin, they can learn a lot from the experience of the programming and pop-ups and street activities”, which science galleries still in their infancy in certain cities have begun with.

As well as being a place of cultural and scientific exchange globally, Bandelli is enthusiastic about the gallery’s role in opening up the realm of science for those who haven’t come from a background of privilege. In general, “engagement with science follows higher education, and being male, and a lot of privilege actually”. But the role of cultural centres and science galleries to provide a forum for universal access to the world of research and technology appears to be crucial in Science Gallery International’s approach. Bandelli asserts that science galleries and centres can truly “enable people, for instance, with lower education to participate in discussions and debates. So there is a lot of potential there to offer opportunities to those who would otherwise not have those opportunities”.

Bandelli is keen to point out that there is a high level of engagement in science centres and museums among those who don’t have a high level of education: “My own research has been in science centres and museums and I’ve looked at how people participate in these kind of places. You see that museums – many times more traditional science museums – really have assumptions about their public, and because of that they shape their public. I found that if you open up discussion and conversations in museums, it’s people with lower education that have the highest interest to discuss and to talk.”

Spontaneous conversations that are triggered by the exhibitions, that is what is really badly needed. And I think that that is the strength of the science gallery

He sees enormous value in this particular audience, saying: “It is really wonderful to see that people with lower education have the highest interest to participate in discussion and debate. People with higher education also have other opportunities … whereas, for many people with lower education, that [a science centre] is the only place.” Bandelli sees a forum for engaging the public and those within the university in debate and discussion by means of a programme of events and activities. He explains: “Many times the exhibition is the visible side of it, but the programme of events and activities is as important. That is where these conversations are happening, and the … spontaneous conversations that are triggered by the exhibitions, that is what is really badly needed. And I think that that is the strength of the Science Gallery.”

Science Gallery International is hoping to expand to eight locations globally by the year 2020. Bandelli states: “we are halfway there, but we still have four years to go before 2020, so I’m sure we’ll meet that!” Science Gallery London and Science Gallery Bengaluru are both due to open in the autumn of 2017, with a further gallery under development in Melbourne to be opened by 2018. In the meantime, students of Trinity can continue to appreciate and explore the exhibitions of the prototype on our doorstep, knowing that the same exhibitions will be displayed and adapted worldwide in what is a groundbreaking step in a new direction of public exhibitions, displays and interaction between universities and the public in a hitherto unexplored manner.