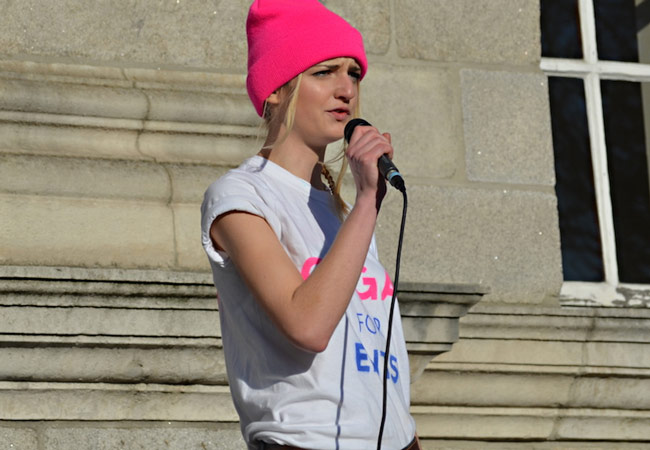 Jack Leahy for The University Times

Following the meeting, the union is set to introduce policies which would see union employees, including sabbatical officers, sign a document in relation to what is expected of them prior to taking up their positions.

Ruane confirmed to The University Times that the meeting took place: “I convened a Board of Trustees meeting in an advisory capacity to me in my role in terms of decisions around whether there was anything I should be doing in relation to a party being organised after Trinity Ball.”

She went on: “It was not a TCDSU party. That’s what I needed to investigate, in terms of the separation of roles and people organising a private party when they’re in a position.”

Several people with knowledge of the circumstances surrounding the after party provided details to The University Times on the condition of anonymity. The party was held at a venue on Parnell St after Trinity Ball, in the early hours of the morning of Saturday, April 16th. The guests were selected by Cogan and members of the DUDJ committee and were asked to keep the party secret, primarily to keep the guest list exclusive, with wristbands for the event sold for €15. Photography was discouraged. Many of those present were under the influence of MDMA. DJ Seth Troxler, one of the Trinity Ball acts, was also present at the party.

Many of these details were confirmed by a Facebook message that Cogan sent inviting people to the party, the text of which was obtained by The University Times. The message read: “You are invited to a Just Friends after party. Please consider the following as extremely confidential. It is a strictly invite only event after the Trinity Ball.”

It went on: “I ask you please not to discuss this outside this message, it must strictly remain to the numbers invited. Letting people know will the ruin [sic] the night.”

Cogan noted that the €15 would be collected “Weds & Thurs between 12pm – 2pm”. The message was signed “TrinDjs”, referring to the DUDJ committee.

Cogan declined to comment when contacted by The University Times.

According to the TCDSU constitution, the Board of Trustees, members of which were appointed for the first time at a meeting of TCDSU’s council in March 2015, “shall advise the President on matters of staffing, strategy, administration and finance and other issues of Trinity College Dublin Students’ Union”.

Ruane has convened the Board of Trustees in an advisory capacity several times before, she said.

The framework for the board was created by a constitutional change voted on by students in March 2014. The board has no constitutional jurisdiction when it comes to reprimanding officers, however. TCDSU’s council, which is not due to meet until the next academic year, can censure an officer, or can bring an impeachment referendum with a two-thirds majority vote. Students, however, outside of the meeting dates of council, can also collect 500 signatures to bring about an impeachment referendum. Cogan’s term as Ents Officer ends at the beginning of July.

Asked whether she had considered the impeachment of Cogan, Ruane said: “I didn’t consider impeachment because I first had to consider if there was an issue. Considering impeachment would have been premature.”

With regards to introducing policies regarding employee conduct, Ruane said: “Basically, what was borne from that meeting was that we would introduce an employee induction in terms of what’s expected from employees when they become an employee of TCDSU, in addition to ordinary sabbatical crossover.” Officers will be expected to sign a document in relation to what is expected of them, she said.

Ruane and TCDSU Administrative Officer, Simon Evans, also sit on the board as non-voting members. Evans acts as its secretary.