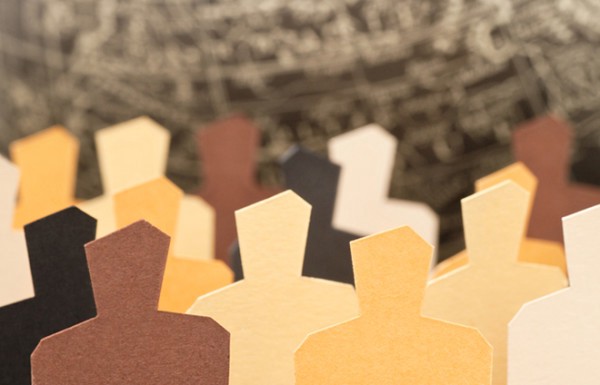 As I come to the end of my time in Trinity, it’s a good time to reflect on what I’ve learned about self-identity in an environment that has not made my desire to camouflage into the background, for fear of being noticed, easy. Ireland’s demographics simply mean that I cannot do this, at least currently. But what I’ve really learned after four years of being in Ireland, as a black student from Ghana and South Africa, is that one does not have to live stealthily or in a shy manner as a student of colour on a predominantly white campus in order to have a meaningful and positive college experience.

Making peace with being different sounds a lot easier than it actually is. At no other time was this clearer than during my first year living in Trinity Hall. Despite making plenty of new friends, at a number of house parties I found myself scanning the room to find someone, anyone, who looked or sounded like me. My desire to locate individuals who shared these things with me wasn’t due to me having an inability to adapt. It was a symptom of acculturation, given that most people’s social circles tend to reflect their culture, socioeconomic heritage, and/or ethnicity. This is something humans are particularly good at, especially when it comes to finding ethno-racial camaraderie in a larger group. So there I was, feeling like a black sheep – no pun intended – despite enjoying being immersed in a new culture and social climate.

As I was preparing to leave home in Johannesburg, I had a group of local friends sit with me to help me “figure out how many African folks” resided in Ireland

Coincidentally, a few months before I started first year, as I was preparing to leave home in Johannesburg, I had a group of local friends sit with me to help me “figure out how many African folks” resided in Ireland. To be specific, we were trying to figure out just how strange my experience of living in a country where I didn’t have the “luxury” of blending in would be. We did what any rational group of aspiring young men would do, and we turned to Google to ask how many black people live Ireland. We learned that, in 2012, 3,793 Africans lived in the Republic of Ireland, a country which had a total population of 4,587,000. Thus, Google had told us that approximately “1.06 per cent of the population self-identified as Black.” So there it was – proof that it would be incredibly difficult to blend in seamlessly without a care for acculturation or cultural familiarity. I would have to accept the fact that Ireland’s demographic doesn’t look like the one I grew up with in South Africa.

There is no use meddling with the question of culture if one feels like an alien in a foreign environment. Doing so will only frustrate you. However, I didn’t know this when I was 18 and new to Ireland, so I questioned the demographic status of this country tirelessly, and attributed almost every missed opportunity or criticism to racism. Furthermore, I became perplexed that Trinity hadn’t done enough to attract a large enough international student body – had I been duped into coming? Assuredly the answer is no, but it took time for me to realise that.

The stories you tell yourself during every phase of your life matter. They matter because, when you are faced with new challenges, you have to respond in a way that honours who you are. This was the next revelation I experienced during second year. It lead me to the conclusion that you’re only as much of an outsider as you think you are. It is interesting making friends with certain people who have never shared a class with an African, particularly a black male. Having had one or two friends acknowledge this in my presence was both hilarious and bizarre. On the one hand, I could have let my status as a non-native prevent me from meeting new people, and on the other, keeping to myself seemed plausible. This is not to say that true introverts cannot assimilate into a new social environment. Rather, to think that you don’t have the ability to adapt to an environment because you are different – whether racially, religiously, or sexually – is to cut yourself off from the wider world. It’s a form of self-induced isolationism that makes adaptation a painful process.

I questioned the demographic status of this country tirelessly, and attributed almost every missed opportunity or criticism to racism

There were, however, times during which my race was used against me to either discriminate against or humiliate me. The first instance of racism I encountered was on upper Grafton Street, near the Luas. A gentleman – or rather, a gremlin – in an overcoat started shouting obscenities at me, saying that I “should go back home.” Instinctively I started walking towards him – my fight or flight mechanism had given in to the fight. Thankfully I then realised that a scuffle could only end badly. Similarly, when faced with an ex-girlfriend’s casually racist friend, I had to resist the urge to act impulsively. It is in these moments that you have to face up to your character, and how you want others to see you. Image is a powerful thing, especially so when you unintentionally represent an entire group of people, or a race, because you’re one of the few.

This might sound like I’m unnecessarily elevating my role as a black person in a predominantly white society. After all, it would be ridiculous to suggest that I am Kanye West’s spokesperson, or in touch with Ghana’s president John Mahama. I also do not personally know the Nigerian ladies who sell those exquisite avocadoes on Moore Street every Sunday afternoon after church. But I play a role, nonetheless, in how those classmates who’ve never “hung out” with black people might see us as a collective group. This is down to human biochemistry, and the knowledge that we all possess a sympathetic nervous system capable of raising our blood pressure in uncomfortable situations, and a pair of adrenal glands with the potential to make us say impulsive things to strangers we don’t even know just because they “scare” us.

I play a role, nonetheless, in how those classmates who’ve never “hung out” with black people might see us as a collective group

The final revelation I came to about self-identity was in my third year. I realised that you have the ability to write your own script, especially when you’re in a foreign environment. We have, of course, the power to abuse this reality. When I first arrived, I could’ve told people that I’m a Nigerian prince. I look nothing like a Nigerian, but it might’ve worked – instant street cred. This revelation is perhaps the most important out of the three, because there is power in how you choose to carry yourself when you’re far away from home. Do you see yourself on a path leading to obscurity? Or do you dare to believe that fate has something special in store for you, considering the fact that you are walking on new ground. Whatever narrative you choose to give yourself, taking the time to think about your true values adds meaning to whatever situation you find yourself in when abroad.

This is not yet another swipe at Trinity’s administration for having “failed” its students in one way or another. While it is important to examine how we can promote the happiness and basic rights of everyone on campus, this article isn’t telling you what the university needs to change. Rather, it is a different insight into Trinity’s college life, from a perspective you may not yet have heard. From my time navigating Trinity’s student life as an ethnic minority, I have concluded that, in order to enjoy your time in any environment, we must do three things: perceive the foreign environment as different, but not offensive; let your personal narrative (self-talk) carry yourself through heated situations unscathed; and write your own life scripts, define your purpose. Then, I believe, we can become as indomitable as can be.