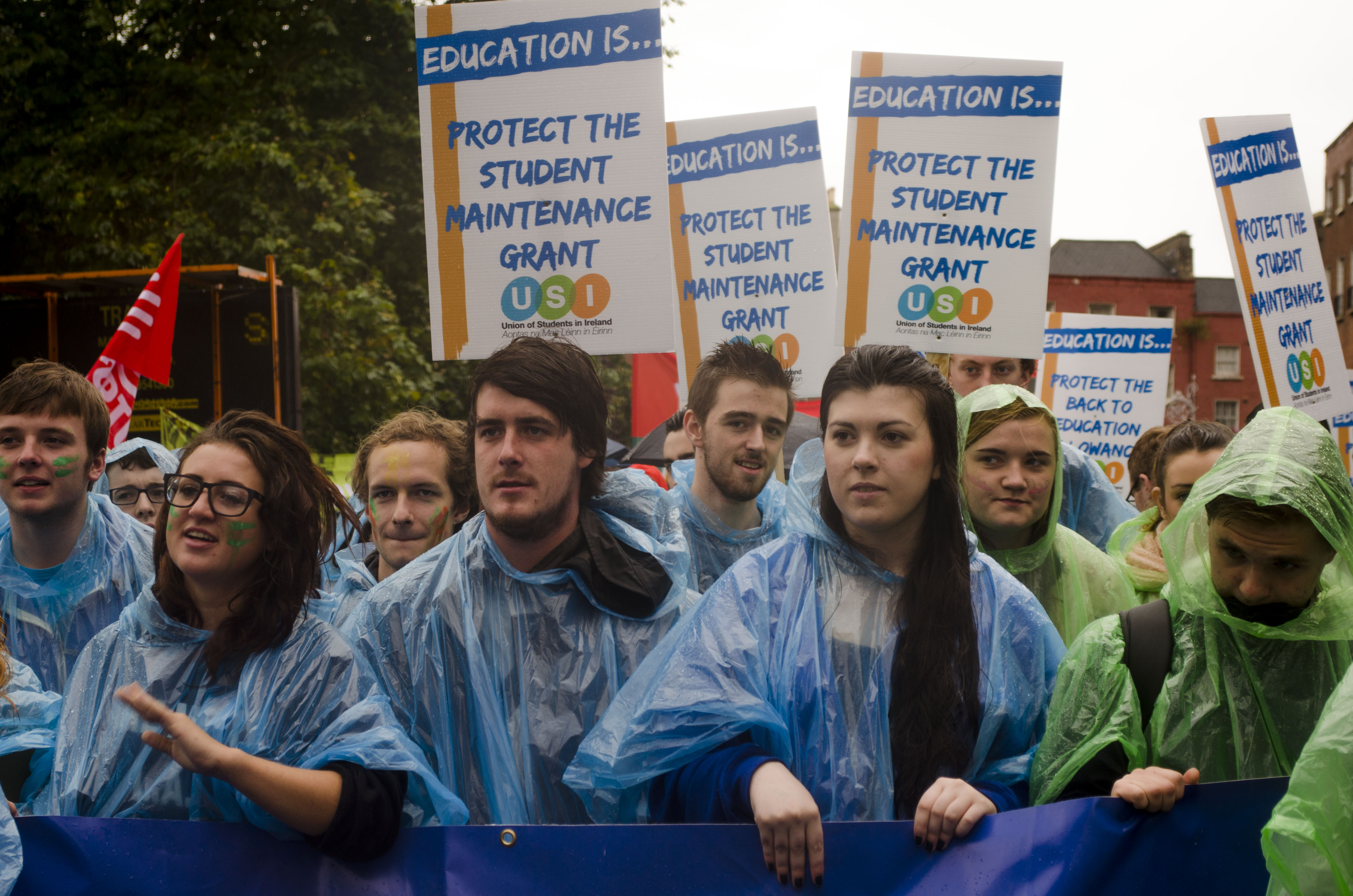 The Union of Students in Ireland (USI) is to return to holding its annual national demonstration this October for its national day of action, after last year replacing the march with a national voter registration day.

The proposal for the demonstration, agreed upon at yesterday’s meeting of USI’s National Council, states that the event, taking place in Dublin on October 19th, will “not be labelled as a student protest” but will instead aim to highlight “the consensus and support” for a publicly funded higher education system.

The demonstration is to invite students from “every students’ union across Ireland” as well as university staff and other organisations that support a publicly funded education system, including the trade unions in the Education Coalition.

While the demonstration has traditionally taken place in advance of the budget, this year’s will take place after the budget, due to be announced on October 11th.

The document, authored by USI’s Vice President for Campaigns, Daniel Waugh, and contributed to by the union’s campaigns subcommittee, comes in the light of the ongoing higher education funding crisis and the publication of the Cassells report, which outlines three possible funding models for the future of the Irish higher education sector. These options include a predominantly state-funded system, which the document states is “key for Irish students” and an income-contingent loan scheme, which “will have a devastating effect on the lives of current and future Irish students”.

Speaking to The University Times, President of Trinity College Dublin Students’ Union (TCDSU), Kieran McNulty, who is a member of the campaigns subcommitteee, stated his support for the demonstration. “It’s very important that we get out”, he said, “We’re not going to lie down and let them kick this down the road and leave us with a mountain of debt”.

Last year, the replacement of the traditional pre-budget protest with a national voter registration day came as an unexpected alternative. The protest, while varying in its approach and turnout each year, had become something of an annual tradition.

The “Education not Emigration” march in 2010 saw up to 40,000 march, as well as a sit-in staged in government buildings, in what the Irish Times described as “the largest student protest for a generation”. The “Stop Fees” protest of 2012 saw up to 20,000 take part. While attendance fell in following years, the demonstrations were still designed to convey students’ anger through 2012’s “Fed Up? Stand Up” campaign and 2013’s “Fight For Your Future Now”, whose demonstration removed Dublin as its focus, instead seeing smaller regional demonstrations around the country. 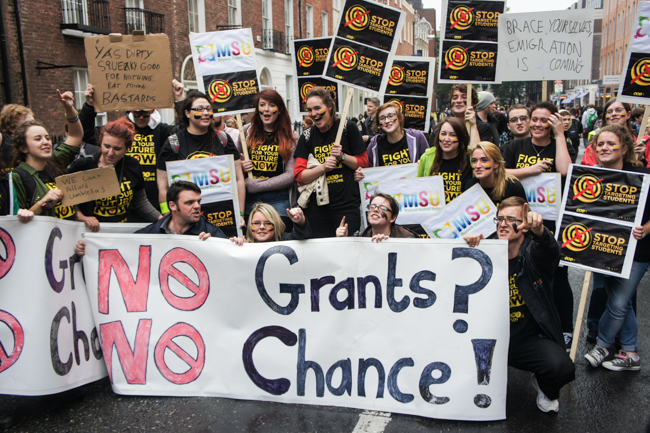 In a new approach, 2014’s march, returning to a Dublin-centric event, saw 6,000 protesters take part in the rally as part of the “Education Is” campaign, intended as a “celebration” of education and its benefits. This year’s demonstration is to keep the “Education Is” branding.

The decision not to hold the march last year was criticised in an email statement to The University Times by Clare Daly TD, then a Socialist Party TD, who has served two terms as President of Dublin City University Students’ Union (DCUSU). While Daly stated that she welcomed the registration of students, she added that the day “is in no way a substitute for co-ordinated and militant protest action, which is utterly necessary if students voices are going to be heard on the key issues of the day”.

Speaking to The University Times at the time of the decision, then-President of USI, Kevin Donoghue, stated the union’s reasoning: “Although protesting is important, the power of the vote speaks a lot louder than other actions done in the past, and it is important to follow up on the momentum of young people’s involvement in movements such as the marriage equality referendum.”

This year’s demonstration is intended to be the “ignition” of USI’s year-long campaign for a publicly funded education system, a campaign which will also see both online and physical campaigning, including voter registration and school visits, take place over the year.