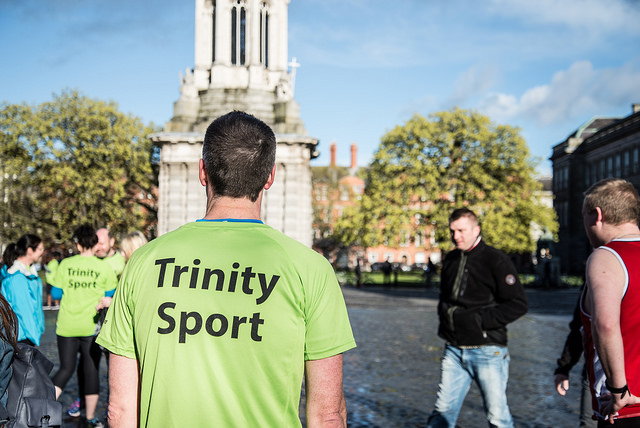 Trinity, albeit not yet a true stalwart of Irish student sporting life, continues to come on leaps and bounds in promoting a culture of sport in college. In recent months, many key developments, such as the introduction of a new wave of sports scholarships, have helped Trinity boost its reputation outside of the academic realm. However, even at the non-elite level, Trinity lags behind in terms of facilities and the breadth of sports on offer. In response, Trinity Sport have placed specific emphasis on overhauling such perceptions in an attempt to attract students in the future.

As is already the case in other Irish universities, Trinity has moved to emphasise the role sport can and ought to have in student life. Trinity’s Assistant Head of Sport, Matthew Dossett, speaks on Trinity Sport’s website of “enabling and supporting students through sport”. Sport provides a unique focus, giving us intangible benefits, such as increased confidence. Students are able to benefit first-hand from classes and lessons made available by the various sporting societies. The relaxed, amicable environment is often the first thing students highlight when discussing their involvement in sport on campus and continues to draw people back.

There is also the idea that sport acts as a great leveller. Whatever your feelings on college life, sport can help quell and perhaps banish any worries you may have

Recent developments have also come to light in relation to upgraded facilities. Plans for the development of the Iveagh Grounds site as well as Santry remain open for discussion. The resurfacing of the rugby pitch, in addition to the installation of a new hockey pitch, are set to be completed in the coming years. Such initiatives would unquestionably pave the way for further expansion in the future. The development of our tennis facilities, for instance, would allow Trinity to host intervarsity competitions. Each student, as is well documented, pays an annual contribution fee to Trinity Sport. Other costs, including sports rental costs, are also quite considerable. With an expanding student body, Trinity’s students will undoubtedly demand such development in the coming years.

As much as we make New Year’s resolutions, we also invariably make college year resolutions. Many students begin life in university intending on taking up a new sport. Rowing, boxing and badminton are all popular choices. Trinity boasts upwards of 40 sports clubs, all of which are intent on gaining new membership not just Freshers’ Week but over the course of the year. While many eager idealists don’t end up going the distance (you know who you are), the fact that many of Trinity’s sports clubs cater for every level, from beginner to elite, improves the odds. Speaking of which, sport can assist in the transition to university. Many students find that they don’t click with their classmates for whatever reason, and find sport to be their preferred social outlet. There is also the idea that sport acts as a great leveller. Whatever your feelings on college life, sport can help quell and perhaps banish any worries you may have.

Dublin is also renowned as a great sporting city. Many students use sporting facilities outside of Trinity itself during the year. Even the River Liffey, that immediately identifiable stretch of water, serves as a venue for the Colours boat race. Events don’t need to be college-related either. Each year, usually in November, Dublin’s Night Run is held, with a course set along a section of the quays in the Grand Canal area, not far from the Samuel Beckett Bridge. This is an event that is usually well-attended by students of all abilities. Needless to say, there is also a wide array of sporting events held in the city during the year, and one hopes that Trinity can start to capitalise on its global image by hosting them more regularly. Why not host a cricket match on the lawn or have travelling rugby teams stay and train in College Park? After all, we saw the campus transform earlier this month when they hosted the pep rally for Boston College vs Georgia Tech. These initiatives may involve some effort and expenditure initially, but college would benefit from increased footfall and international exposure as a result. All in all, there is a lot to be savoured throughout the city for sports enthusiasts.

At the upper echelons of sporting life, Trinity has enjoyed its fair share of publicity in recent months. Although seemingly inconsequential, such success may have a knock-on effect in future years in attracting funding or even in breeding a renewed sporting culture in college.

There is also a wide array of sporting events held in the city during the year, and one hopes that Trinity can start to capitalise on its global image by hosting them more regularly

A former Trinity student, Natalya Coyle’s exploits in the modern pentathlon in the final days of Rio 2016 surprised many Irish viewers, as she ranked 16th in the final standings. Fellow alumnus Mark Kenneally was also a London and Rio qualifier in the marathon. Conor Harte and Ronan Gormley, two Trinity alumni on the Irish hockey team at Rio, complete our catalogue of Olympians. The recent transfer of former Trinity soccer star Ayman Ben Mohamed from Bohemians to L’Espérance Sportive de Tunis shows that we can foster talent on all fronts.

Ultimately, though, no student can engage with every facet of college life. By all means you’re welcome to try, but avoiding burnout can be difficult for the best of us, so don’t invest your time and energy trying to fulfill someone else’s sporting ideals. It’s probably appropriate in more ways than one to conclude a look at sport in Trinity with some improvised philosophy. As long as you remember that what matters is the quality of your sporting adventures and not just the amount you have, you’ll do fine.