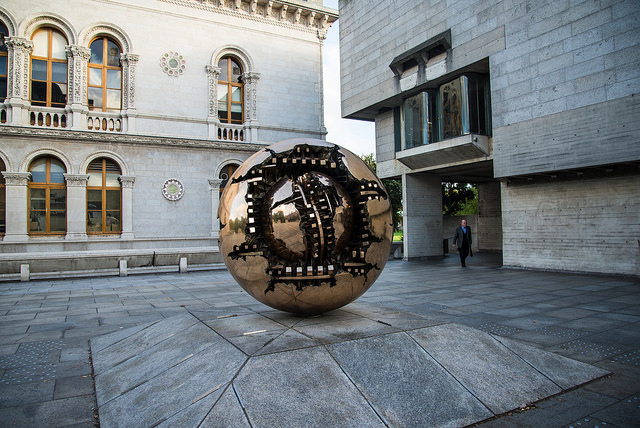 A 12-month long project to update Trinity’s electricity supply, which will see construction take place across most of campus, is set to begin in January 2017. The project will see the first major overall upgrade to the college’s electrical infrastructure.

The medium voltage project refers to the network of underground power cables and eight substations around campus, and it is from these substations that power is distributed to buildings and facilities.

Speaking to The University Times, the manager of the project, Emmet Dalton, explained the reasons for the update: “Some of it has been there for an awful long time, some of us don’t even know when it was put in.”

“The stuff works, but it is really not resilient enough, in a modern world to be able to say that is the power system we want. There is always a risk of a power system failing, but with the older stuff the risk is higher, and it was judged that the risk is too high to keep that stuff there for a campus”, Dalton added.

Speaking to The University Times, Trinity’s Bursar and the project sponsor, Veronica Campbell said “timing is critical because it is needed to provide the power to the new business school and Oisín House and to anything we do in the future in the east end of campus”.

The current infrastructure does not allow for new major projects such as the Oisín House project and the new business school to be built as the current system is close to maximum capacity.

“This is not really a popular project, it’s not something where we will be cutting a ribbon … This is a project that allows the ribbon cutting projects to happen”, Dalton said and went on to say that this will be a disruptive project and “most people will accept that it has to be done”.

The disruption, Dalton said, will “affect everybody” while trenching and ducting occurs: “When there is a piece of ducting going on, we will be offering people different routes to get to wherever they need to go, and we will flag that early.”

Campbell said that “the project team have a very detailed communication plan and contingencies to make it as least disruptive as possible”, and went on to say that “it’s going to be pretty horrible for a year, but it needs to be done”.

Dalton said that he is currently in the process of communicating with each faculty and building to establish their specific requirements and minimise disruption: “We have to manage that around the business going on in those buildings.”

“Around residential areas, there will be no noise or dust happening before people are up and going about their business. That is a given, that is in the tender documents, the contract documents, that won’t happen.”

He gave other examples such as exam time, where they have secured the exam timetables from Academic Registry so to avoid disruption during this time. Dalton said he has also spoken with Trinity’s Commercial Revenue Unit and Chaplaincy, as well as other groups operating on campus.

“Dust is a big issue in more areas than you imagine. Around the Old Library, we have to keep dust right down because dust will go into that building and add to the dust that is already in there”, Dalton explained, but went on to say that “it has to be managed, but it is easily managed”.

There will be limits on the kind of machinery that can be used, and it is expected that large amounts of the digging will be done by hand due to the “incalculable value” of Trinity’s trees. They will have to work around any roots, and in some cases, they will have to blow away the soil with an air hose, Dalton explained: “We’ve had the grounds and gardens people working with us non-stop with this.”

Dalton added that the existing electricity supply is very limited in capacity. However, ESB Networks is also providing a new supply for the College with more capacity, which will enter at Pearse St into a new main substation, where the new business school will be, at the former site of Luce Hall.

The upgrade will also make the campus more resilient to power failure by introducing two circuit loops, Dalton explains: “The reason for two loops is because if one fails we have another one to take up some of the slack.”

The first phase of the project will be trenching and ducting and involves laying new pipes in dug trenches for the large cables to be to pulled through. This will be done in approximately 18 phases starting at the east end of campus, with each phase taking roughly three days to two weeks.

“After you have pulled through the cables and everything is tested, then you start switching over the different parts of the college from the old system to the new system and that will involve temporary power arrangements for everybody”, Dalton said, explaining the second phase of the project.

College is also planning for the possibility of finding archaeological artefacts. Dalton said that College has spoken to Dublin City Council about what they should do in the event of an archeological find in the area around the Museum Building between New Square and College Park. These areas have experienced little digging or disruption over the years.