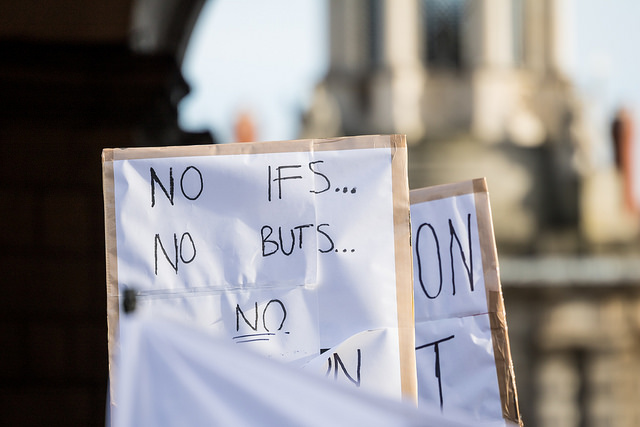 Research also reveals that 72 per cent of Irish academics experienced a decline in working conditions between 2007 and 2014. A major contributor was the rise of casualisation in university employment. In 2011, the number of university staff on research-only contracts was 4,172, not far short of the number of core academic staff which stood at 4,701.

There has been a concerted attempt to introduce casualisation by university managements. This is extremely demotivating for those involved

Recent surveys also suggest that close to half of the ever-increasing number of casual contact lecturers are paid less than €10,000 annually, forcing them to literally survive below the poverty line. Many people employed as “casual” teaching or research staff are either recently qualified graduates or postgraduate students. IFUT has this October launched a Charter for casual workers in UCC, pointing out that at least one-third of staff delivering teaching to students are now employed on a purely casual basis.

There has been a concerted attempt to introduce casualisation by university managements. This is extremely demotivating for those involved. It results in rapid staff turnover, extremely precarious pay and conditions and is totally unsatisfactory from the perspective of good teaching practice for both lecturers and students.

A noteworthy clause in the Charter states that IFUT will “engage with the Students’ Union to ensure that students are aware of the unacceptable conditions of employment to which some of their lecturers and tutors are subject.”

While the recent Maire Geoghegan-Quinn report on gender issues at third level highlighted measures to address gender discrimination, many issues other than direct discrimination prevent women’s progression in academia, as in other sections of society. The absence of adequate childcare policies and options continues to be a major factor in blocking women’s participation and progression in the workforce.

The simple fact is that a combination of underfunding and policy malaise highlighted above now threatens the very fabric of third-level. Our universities are almost at breaking point. Numerous reports from the Higher Education Authority, third-level colleges themselves as well as IFUT all warn that current funding models are effectively destroying the fabric of third-level and threaten to undermine the very future of the next generation of college graduates.

In this regard, it is startling that the government’s recently announced “Action Plan for Education” ignored the deepening crisis in the higher education sector and totally fails to address years of neglect of third-level education. The absence of any plan to tackle key issues of underfunding and understaffing is inexplicable. Given the recent plunge in the standings of Irish universities in international rankings, this is even more appalling.

The current situation, however, cannot be allowed to undermine our determination and demands. Our view is that universities must continue to be publicly funded and that growing privatisation, including that being facilitated by the proposed Transatlantic Trade and Investment Partnership (TTIP), be resisted.

Colleges run on a for-profit basis cannot prioritise equality of access or the public service mission of universities. It is important, however, to reiterate that Irish higher education has made and continues to make very significant contributions to Irish society and economy.

The recent Cassells Report should serve as a major wake-up call to the government and the political system generally that education funding can no longer be ignored. The solution, therefore, lies in increased direct government funding for higher education.

Countries such as France, Austria and Sweden are already reversing education cuts introduced during the recession. The government here should do the same.