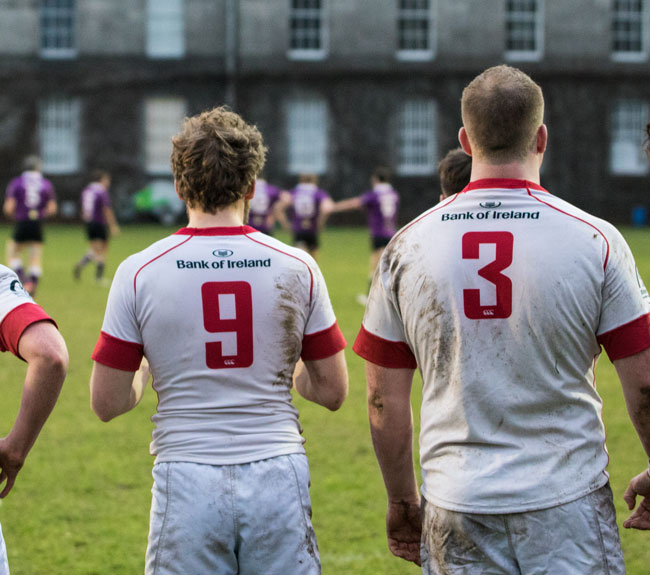 With a three-week break in the All-Ireland League, Trinity took the opportunity to go on a short trip to the UK. Cambridge were the hosts in what was a very traditional fixture in the world of university rugby union. DUFC were expecting tough opposition but, in truth, this was undoubtedly their easiest assignment of the season so far. Cambridge’s side was admittedly not as strong as last year’s when they had British and Irish Lion Jamie Roberts in their team, as well as current Leinster first-team player Ian Nagle. However, they were captained by Charlie Amesbury, who has played professional rugby in England for the last ten years.

Trinity were much stronger up front and out wide than their hosts. This was evident from very early on in the game when a line break set up the field position for Pierce Dargan to eventually power over the try line. Jack McDermott converted and only four minutes later some poor Cambridge tackling allowed Dargan to score a second time. McDermott once again knocked over the extras and Trinity were leading 14-0 after only seven minutes.

Cambridge began to get into the game a bit more after this point, putting in some big hits on the visiting team. However, DUFC always looked the more threatening side and McDermott’s cross-field kick to Evan Dixon allowed the winger to get his side’s third try after 31 minutes. The touchline kick was not converted by the in-form out-half but only four minutes later, centre Michael Courtney, who has been prolific this season, burst through the home side’s defence to leave the halftime score at 0-24.

Trinity started the second half as they had the first and Evan Dixon was on hand to score another try two minutes after the game’s resumption. At this point, Cambridge grew more competitive as the match became quite scrappy. However, Trinity were determined to kick on and after 62 minutes, Dixon completed his hat-trick. McDermott also broke through for his own try before Dargan bagged his third. Three of the second half tries were converted to give DUFC a 50 point victory over their scoreless hosts.

Despite the gulf in class between the two teams, the post-match festivities were enjoyed in a good spirit. While the result does not count for any league points, it allows Trinity to keep their recent momentum going and keeps them match fit in what will be a very tough season in Ireland’s top league. DUFC’s focus now turns back to the AIL and their away fixture against Garryowen on October 29th.