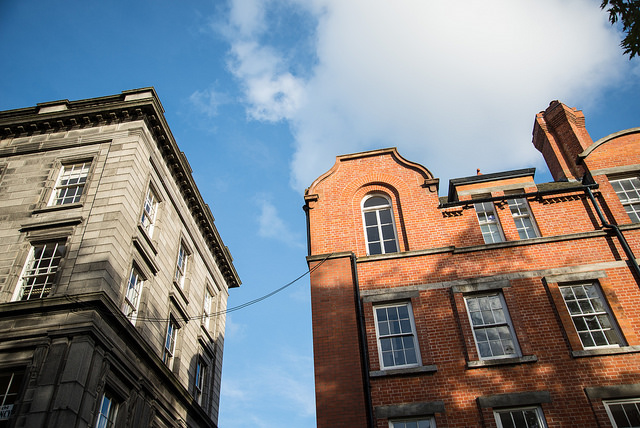 Trinity have leased 248 beds in the Binary Hub accommodation complex for this academic year, just under 50 per cent cent of the beds available in the complex. The increase in on-campus accommodation rates for this coming year is as a result of this arrangement and Trinity’s desire to have rates “reflect the cost” of accommodation students are staying in, The University Times has learned.

Trinity came to an agreement with the Student Housing Company, owners of the Binary Hub accommodation complex, to lease rooms in the new development located in the Liberties. The decision to lease the rooms came about following a recommendation by the College Accommodation Steering Group, set up to combat the ever-growing accommodation crisis. The Dean of Students, Prof Kevin O’Kelly, acknowledged to The University Times that the agreement would only serve as a short-term solution.

Initially, it was planned to lease the Binary Hub for three to five years. However, given the uncertainty surrounding the market in Dublin, a one-year lease was agreed. Negotiations took place in order to achieve the “best price possible” for Trinity students. Trinity decided to subsidise rents for the Binary Hub after consultation with Trinity College Dublin Students’ Union (TCDSU). Speaking to The University Times, O’Kelly stated that it was decided “we should have a set of rates that reflect the values to students, which is like do you have an ensuite, is it close to campus”.

This resulted in an increase in overall on-campus accommodation rates this year, with the highest quality rooms in Front Square, New Square, Botany Bay and Pearse Street seeing the largest increase. The rates for rooms in Front Square, New Square and Botany Bay have increased by 12.4 per cent to €6,588.22 for the 2016/17 academic year, up from €5,863.34 last year. The removal of Goldsmith from the same price bracket as the above listed rooms meant it saw a much smaller price increase of 2.7 per cent, rising from €5,863.34 to €6,019.95.

The subsidised price for Trinity in the Binary Hub meant that they would be paying €195 per week, on par with the new campus rates. Speaking to The University Times over email, Anthony Dempsey, Accommodation Officer in Trinity, stated the rooms “are of three different styles: standard, classic and premium and are all ensuite. They are arranged in typical apartment style layouts with internal kitchen/common rooms”. “Trinity are also appointing four senior residents to act in a similar fashion to assistant wardens at Trinity Hall”, he added.

O’Kelly highlighted the benefits of having a Trinity-run accommodation platform: “We can also put in our pastoral care model. We could wash our hands of it, but we would then be losing an opportunity to help students in their transition to college, which is an academic and personal and social transition.”

The hope was to have enough years with the Binary Hub to bridge the gap created by the delays in the Oisín House project. However, given the large and growing demand for student accommodation in Dublin, O’Kelly expressed some doubt that Trinity would be able to lease rooms for the same price in future years.