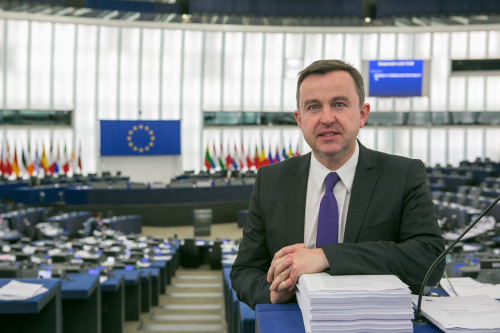 Funding for third-level education in Ireland has been a contentious subject for many years. As a result, there is little real and honest debate about how we can deliver a world-class college experience for the students of today and tomorrow. The publication of the Cassells report, however, has given us an opportunity to change that, and we should all concentrate on implementing that change.

The current funding arrangements for our universities are utterly dysfunctional and have to be reformed. We simply cannot go on with more of the same. The sector is being held together by a financial shoe-string and is close to collapse. Looking in from the outside, it’s all about numbers. In 1980, 20 per cent secondary school leavers went to college, now it’s 60 per cent. This is the highest level of participation in higher education of any member state in the EU. At one level, it’s an amazing performance.

Some of the challenges the sector will face in the coming years will be beyond our control. Brexit brings new challenges

Some of the challenges the sector will face in the coming years will be beyond our control. Brexit brings new challenges as 10,905 Irish students are currently studying in the UK and Northern Ireland – the third-highest of any EU country, after Germany and France. Nearly half of Irish students in the UK are first years (4,840). To put that in context, there are 40,000 undergraduate places available in Irish colleges. If even a fraction of Irish students who traditionally study in the UK stay home, our third-level system would be stretched to breaking point overnight. And it’s not just about our own students staying at home. If a tiny proportion of the 125,300 EU students studying in the UK opt for Ireland, there is simply no way third-level institutions in Ireland can cope. Not only is the current system of funding unfit for purpose, it’s also not able to cope with future stresses.

Richard Bruton made it clear that the Cassells report is now very much the property of the new Education Committee. Because the government doesn’t have a Dáil majority, the real influence is now in the Dáil Committee rather than around the cabinet table. Richard Bruton cannot by himself, or by weight of parliamentary arithmetic, decide this issue. He must work with the new education committee. And I hope that the committee can now reach some new agreement which can reposition Irish higher level education. It’s one of those issues that is always ignored by government, this time hopefully it might be different.

Eight years ago, as the Fine Gael Education Spokesperson, I set out in a green paper outlining why a new model of funding for higher education was needed. At the time I proposed a graduate tax, where a graduate paid a contribution up to 30 per cent of the cost of their education into a ring-fenced fund for higher education. The more expensive a course, like medicine for instance, paid more. But you only paid when you could afford it. There was no upfront fees or loans and, of course, the system would only apply to new entrants.

The contribution I proposed was made over 10 years and only after a graduate reached a certain salary threshold. Crucially, that new system got rid of college fees upfront, fees that had nearly doubled over the last eight years. Of course, there were problems with the scheme I proposed. But the graduate tax idea is not a million miles away from one of the new funding options considered in the Cassells report.

I argued at the time that if we were asking young people to contribute to their education, it could revolutionise the relationship between college and students. Students would correctly demand more from their colleges and lecturers given they would be paying for their education, or at least for part of it. No student would pay more the 30 per cent of the cost of undergraduate courses, and only when they could afford it. The money would be ring-fenced for higher-level education.

It’s also about time that we recognised that the introduction of “free fees” in the 1990s has made very little difference in terms of helping students from disadvantaged backgrounds. A new funding solution could do something significant for those disadvantaged students that need more support to get to and stay in college.

In my view, if a new funding arrangement can be found, it then allows a genuine debate to occur on the type of third-level sector we need. Reforms on course quality and content, more student contact hours, helping students from disadvantaged backgrounds with proper maintenance support, demanding that universities collaborate, offering pathways to meet labour force needs in new technologies and emerging business opportunities are all areas that need to be focused on.

The status quo is simply not good enough. Ratcheting up the annual third-level registration fee every year or so is no way to fund higher education and in fact acts as a barrier to entry for many potential students. The real scandal in Irish education is disadvantage, especially at primary level and post-primary level where much greater levels of funding are required.

My proposal for higher education still required a massive contribution from the state, but also a reasonable contribution from graduates who benefit from the education they receive and as a consequence, have much higher earning potential during their life. Peter Cassells also proposed in his report an additional contribution from employers towards the sector – this as well should form some part of the overall funding solution.

Brian Hayes is a Member of the European Parliament (MEP) for Dublin and served as Fine Gael Education Spokesperson from 2007 to 2010 where he proposed a graduate tax for third-level students.