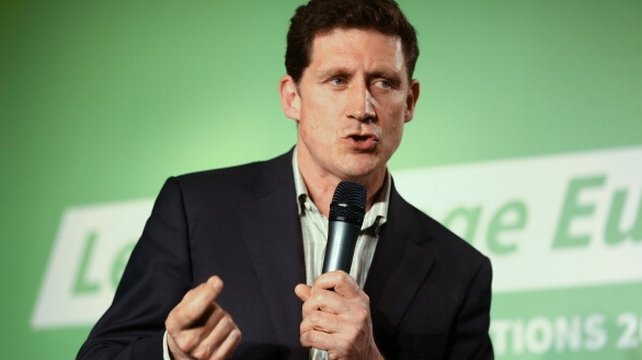 Ireland is becoming a delinquent state when it comes to climate change. We will be one of only two countries that will fail to meet our European 2020 emission reduction targets. Instead of taking remedial action we are trying to get out of further commitments so we can keep expanding our beef and dairy exports. In transport and energy, our emissions are also starting to rise, with no plan to switch onto a more sustainable path.

So what can we do about it? Yes, we all have a personal responsibility to change our own ways, but the latest thinking from the environmental movement is that we now need to concentrate on tackling the problem at source rather than at the individual level. We need to stop fossil fuels at the point of their extraction rather than putting all the responsibility on our end-use consumption.

This shift in thinking is occurring as renewable alternatives become available to drive our cars, heat our homes and power our industries without causing the same pollution. To help deliver this clean energy revolution we need to put pressure on transport, food and energy companies to switch their investment strategies. If they comply, it becomes easy for the consumer to do the right thing.

The campaigning organisation www.350.org has rolled out this new divestment strategy. Their main advocate, Bill McKibben, has done the maths: we have to leave at least 80 per cent of already discovered fossil fuels in the ground. He and his team of supporters have run a series of divestment campaigns in leading universities in the US to rid their extensive endowment and investment funds of any fossil fuel shares. It is starting to work and is spreading to other religious, city and business organisations.

The divestment campaign succeeded in getting President Barack Obama to stop the Keystone pipeline, bringing oil from Canada down to the Gulf of Mexico, and got him to introduce a ban on drilling for oil in the Arctic. Meanwhile, local protesters in North Dakota are involved in a campaign to stop a new oil pipeline crossing a burial ground which is sacred to a local Sioux Tribe. Of course, the election of Donald Trump threatens all this progress, but there is a real sense that the business world is starting to see the opportunity in following a different investment strategy, which Trump will not easily destroy.

Here in Ireland, there are also some glimmers of hope. Fossil Free TCD have just succeeded in getting Trinity to divest from it’s €6.1 million indirectly invested in fossil fuels. Trócaire are running a similar campaign to get the Ireland Strategic Investment Fund divested from fossils.

In the Dáil, a motion from a backbench Fine Gael TD to introduce a ban on fracking for oil or gas has got support right across the house and is likely to be made into law next year. Our investment in new low-carbon technologies is starting to slow down but we have shown what can be done with 27 per cent of our electricity now coming from renewable, mainly wind, resources.

The big divestment we now need to make is to stop burning peat and coal in our electricity power stations. The Electricity Supply Board’s (ESB) Moneypoint is coming to the end of its natural life and we cannot keep burning coal if we are serious about the commitments given in the Paris Climate Agreement. The burning of peat for power generation makes even less sense. Two-thirds of the energy goes up the chimney as waste heat and it emits more carbon than any other form of power generation. The whole process is heavily subsidised and that same money could go to providing alternative employment in the midlands in more secure, productive and energy-efficient investments.

Bord na Móna say they will close the plants by 2030 but in truth that will see us taking the last of the available peat from the remaining midland bogs. They have far greater value as carbon and biodiversity stores. The Minister for Climate Change, TD Denis Naughton, says that we can keep the plants going by burning biomass but no one in the environmental movement believes that this would be a sustainable option.

So if the victorious divestment campaign in Trinity is looking for the next target, then I suggest they could start by helping save our peatland bogs and turning Bord Na Móna and the ESB into truly sustainable public companies that we can all be proud of. Winning that battle would do more than anything else to turn Ireland from being a real delinquent into an example of real hope.