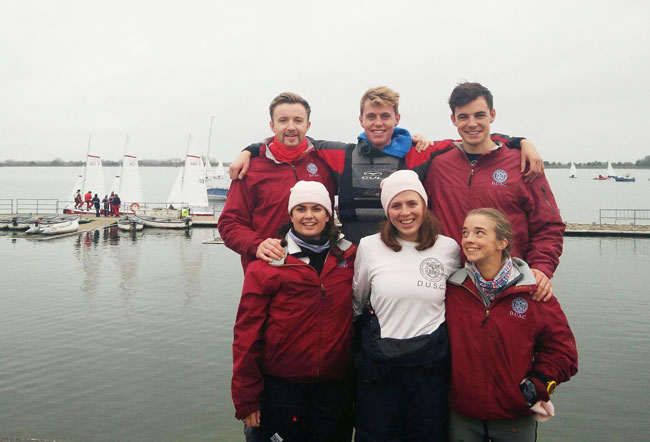 The Oxford University Yacht Club’s Magnum Invitational 2016 took place over the weekend of November12th to 13th, with Dublin University Sailing Club (DUSC), the only Irish club to take part, finishing sixth out of 20 teams.

The competition began on Saturday in difficult conditions with overcast and moderate-light winds that died down in the afternoon. After the first day of racing, teams would be broken up into three divisions. On Saturday, 44 races in around three hours of light breeze resulted in DUSC successfully qualifying for the Gold Fleet Finals for the second day of racing.

On the second day of the invitational the conditions were much improved for racing, with moderate winds and sunny skies throughout the day. In the stronger competition for the Gold Fleet Final, the traditional heavyweights of the sport Cambridge and Oxford won out with DUSC finishing an admirable sixth in the division.

Speaking to The University Times by email, Club Secretary, Lindsey Watters, spoke of the team being extremely satisfied with their showing and the considerable improvement to their performance in the competition in the last few years. Watters put the improved performance down to an “improved training schedule and consistency as a team”. This year the team has performed well at a litany of events including the IUSA Intervarsities, Annual Colours Event against University College Dublin (UCD), The Laser Performance Collegiate Cup in Lake Garda, several Irish Regional Events and the Trinity Alumni wvent a few weeks ago.

Watters went on to outline the team’s plans for the future: “The team are now taking a few days to recover before competing in their final event for the 2016 season, the Irish Team Racing Association Championships, to be held in the Royal St George Yacht Club in Dun Laoghaire this coming weekend.”